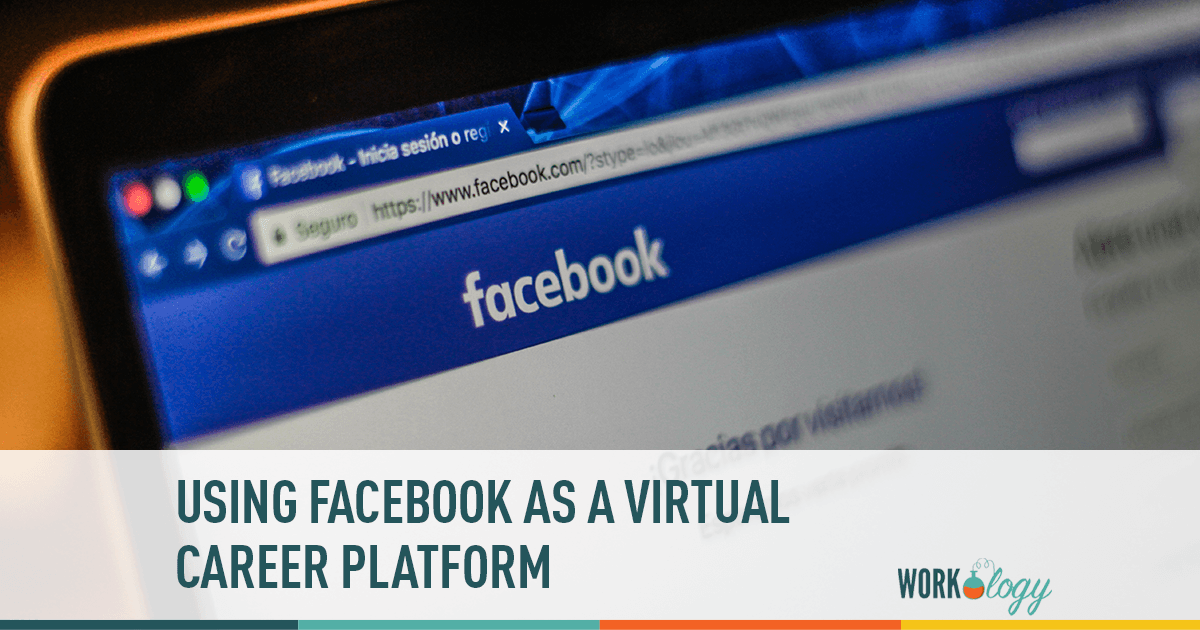 Sure, Facebook is good for sharing photos, asking questions of your followers and sending out mass updates. But, Facebook as a virtual career fair platform? How exactly would that work? Several weeks ago, I attended a vendor demo offering organizations their very own virtual career fair portal. The virtual product included a chat feature, a place to share company information, a job feed, unlimited recruiter profiles and an analytics dashboard. It was some very sexy technology, but the price tag seemed a bit too lofty for my taste.

That’s when I got to thinking …

Could it be possible to use Facebook to host a virtual career fair?

How to Use Facebook as a Virtual Career Fair

As the manager of a corporate career page on Facebook, I reached out to several co-workers who use social media for recruiting and asked if they were willing to try out this Facebook-career-fair-hair-brained-idea. Thankfully, they were!

We came up with a new Facebook cover photo and a web banner touting our “first ever career fair on Facebook.” After creating the art, sharing the event with several key contacts and promoting a post, we began to generate some interest and buzz.

THE PROOF IS IN THE PUDDING.

When all was said and done, our team interacted with hundreds of people! The boosted post reached tens of thousands and, so far, the fair generated at least one direct hire. There were no travel costs involved. No three week implementation period. And, the recruiters were able to log in to Facebook for one quick hour to support the effort.

I received a message from a job seeker who was grateful that “someone was finally using Facebook in a way that was helpful.” Job seekers were able to interact directly with my company, connect with real people and get real-time answers. From an employment brand perspective, we were able to stand out from competitors, give our brand a human voice and balance the high-tech with high-touch … all in a space that people are familiar with and comfortable using. All of this cost $50.

You could say that I was happier than a camel on hump day with this little Facebook experiment.

Has your company tried using social media in this way? We want to hear your experience.