Why Affirmative Action is Not a Synonym for Diversity 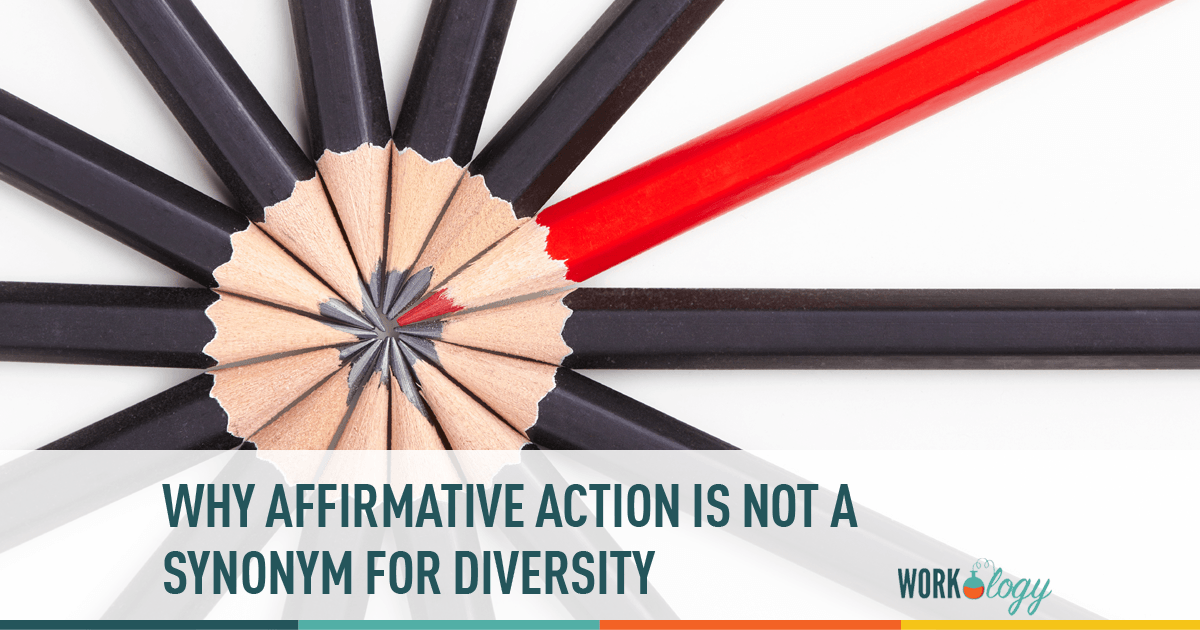 What Affirmative Action Is Not…

What Affirmative Action Is…

WHY AFFIRMATIVE ACTION IS IMPORTANT

“Affirmative action is not about numbers or obtaining quotas. It’s not about hiring a required number of women to your organization” I told my friend. “It is numerical value that tells us, as employers, any opportunity exists to better represent everyone in a specific community.”

There are many qualities and talents that underrepresented classes and groups of people have to offer. By encouraging their representation and involvement, companies enable themselves and their employees to achieve higher success. Reporting, statistical analysis and engagement is only an obligation to reach protected individuals if you are a government contractor.

And so I got on that soapbox and told gave my college a lecture. It wasn’t wanted one he wanted or one I intended to give. Diversity is not affirmative action. They are not synonyms for one another. Your employees and board members should be representative of your business, your customers, geography and/or industry.  That’s simply diversity and just smart business. Innovation, change and greatness happen when we support and push one another. I’m not completing an annual Diversity Action Program as ordered by any government entity. That’s a completely separate thing.

Affirmative action is not an numerical obligation to hire or promote those who are protected. Affirmative action is measured by your actions to reach, engage and interview those minorities and women who are under-represented in your organization based on a company location or facility in comparison to its specific location demographics.

Be sure to check out part 1 of my affirmative action series.