What is Affirmative Action Anyway? 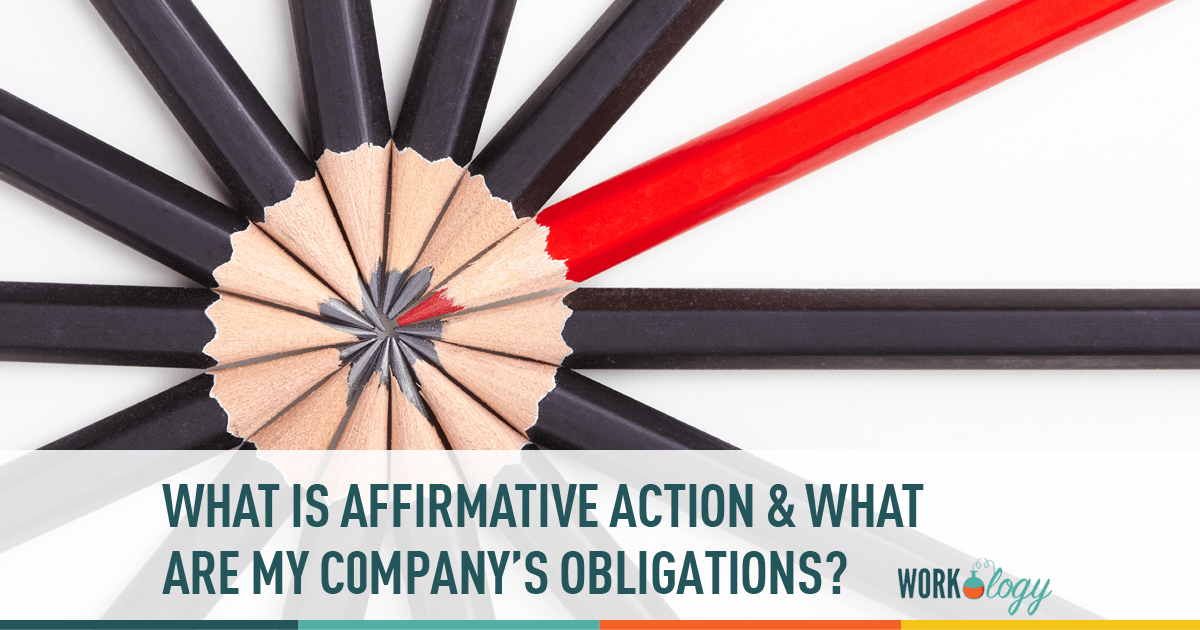 Check out part 2 and part 3 of this series on workplace diversity and affirmative action.

A couple of weeks ago I found myself engaged in a heated debate with a colleague of mine, who works in the tech industry, regarding workplace equality. We deliberated how imperative it is, in this day and age, that women be adequately represented in senior leadership positions, on boards of directors and in advisory roles, particularly within the HR and recruitment technology industry, where I work and consult.

What is Affirmative Action?

The discussion surrounded the idea of diversity within these roles. I am of the belief the companies should have diversity throughout all ranks of an organization. Our organizations should be representative of the customers we are seeking and the communities of individuals we employ and support. As the conversation progressed, I found that my colleague kept mentioning  Affirmative Action throughout our debate. Not only was it misused I was concerned about the negative connotation when it came to the specific term. Apparently, affirmative action in his mind was a bad and time consuming thing.

I find that many people share this same misconception. Affirmative Action, and Diversity (though commonly affiliated) are not the same thing. Affirmative Action is a tool often used to encourage diversity within an establishment. Affirmative action in the workplace is a program put in place for those who make money by working with or government in the USA.

Affirmative action is part of Executive Order 11246, as amended, which prohibits federal contractors and federally-assisted construction contractors and subcontractors, who do over $10,000 in Government business in one year from discriminating in employment decisions on the basis of race, color, religion, sex, or national origin.

Essentially companies who receive more than $10,000 in business from the government each year are held to a higher standard. These “government contracts” organizations seek to engage those in protected classes; classes including women, minorities, veterans and the disabled, among others. These government contracts are required to create annually an affirmative action plan or AAP. We call them “affirmative action employers.” Catchy, I know.

The United States Department Labor tells us in its official definition, ”For federal contractors and subcontractors, affirmative action must be taken by covered employers to recruit and advance qualified minorities, women, persons with disabilities, and covered veterans. Affirmative actions include training programs, outreach efforts, and other positive steps. These procedures should be incorporated into the company’s written personnel policies. Employers with written affirmative action programs must implement them, keep them on file and update them annually.”

For example, a corporation may practice affirmative action by inviting women to participate in programs like Google’s “Women Who Code” program. Another example could be a business may specifically ask people within one of these targeted demographics to apply for open positions at their company.