Workaholism: Are We Addicted to Work? 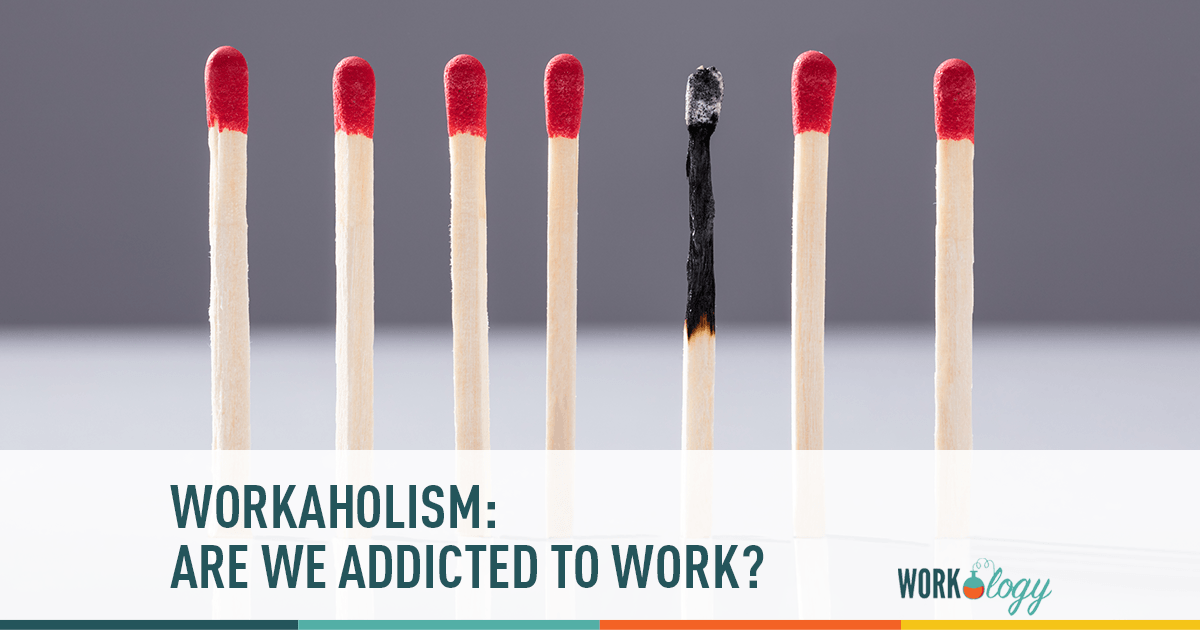 27% of US office workers also put in work between 10PM and 6AM (like this post here…). Nearly one out of every three people are putting in their daily 8+ hours IN the office and then coming home and doing more work before they go back the next day. In Norway, a nationally representative survey showed signs of addiction to working and I’m fairly certain it’d be fairly easy to reproduce (and surpass) those results here in the US. We are addicted to work. The addiction is real. This post is a two part series on work addiction and workaholism. In the second post, we will be discussing the results from a work addition questionnaire I’m facilitating. You can click here to participate.

As the title says, I am addicted to working. I don’t mean that in the “Oh gosh, Ravi is such a hard worker.” kind of way. I mean it in the, “Hey Ravi, maybe you should talk to someone about this.” kind of way. I not only love to work, I also feel guilty when I don’t work. These two factors make me work a lot more than an “average work week” and I am not alone. Workaholism is a growing problem in the US and in other countries. I won’t solve it in these blog posts, but hopefully I will illuminate some of the problems associated with it so that you may help guide your employees and organization to have a more healthy and balanced approach to working.

Workaholism: Why We Are Addicted to Work

Deep within the psyche of America is a firm belief in hard work. We love to hear and share stories of people working hard and succeeding. The people of this country have always worked hard and strived to better themselves. We were particularly influenced by “Rags to Riches” stories, most notably those by Horatio Alger that showed that hard work and honesty may bring us into the company of a wealthy and influential mentor who can help us improve our own status, although it’s been shortened for modern times. In today’s version, we simply say that hard work can help us improve our own status.

This belief that hard work alone can raise someone out of poverty or from middle to upper class has been pushing us to work longer hours and on more days of the week. A recent paper from University of Texas economist Daniel Hamermesh puts a lot of our workaholism (work addiction) and the troubles it can create for our companies into economic terms.

Like so much during the past 30 years here, this is due to the sharp rise in pay and benefits for the very well-off. That rise gave high-income earners an incentive to work more. In fact, the increase in very long hours has been disproportionate among very high earners.

If higher wage earners are making more per hour and working more hours per week than low wage earners than the gap between the two will continue to grow and cause more discord between the two groups. Mr Hamermesh also makes a great point about the diminishing return on our time in this work.

Basic economics says that the more you work, the greater the pain of the last bit of work; and the more you consume, the less pleasure you get from the last thing consumed.

By requiring (or just letting) your employees to work ever longer hours and on every day of the week, they will feel increasingly dissatisfied with their work which may lead to decreased productivity and increased attrition.