What Are Reasonable Factors When It Comes to Age Discrimination at Work? 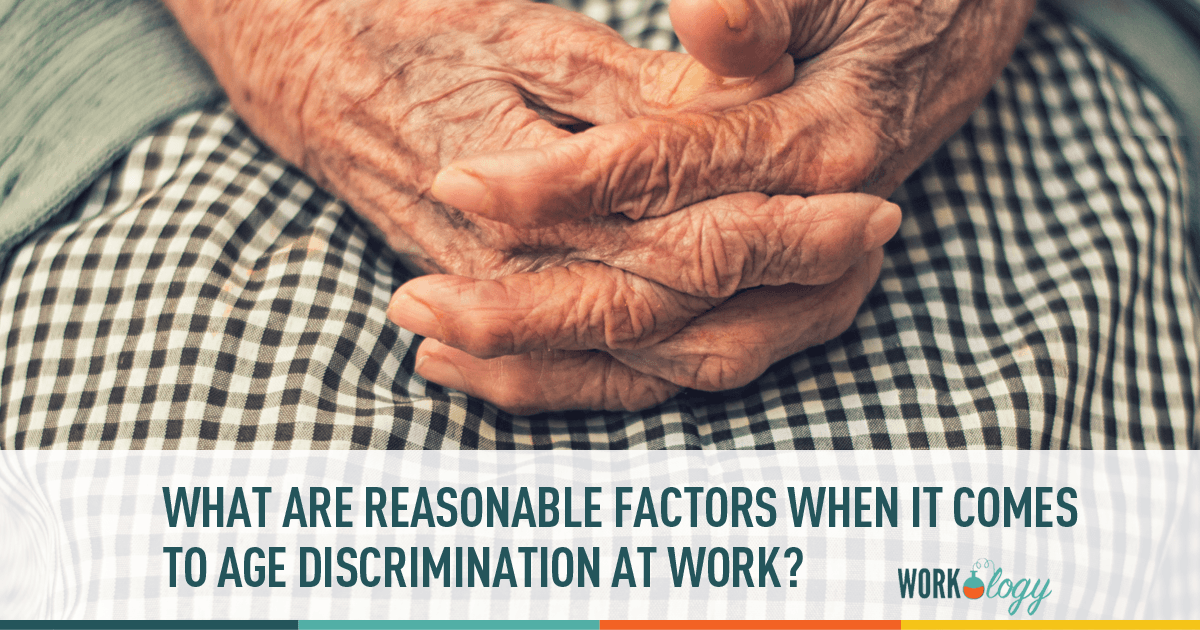 Doesn’t everyone love acronyms especially HR? RFOA is an acronym you need to know and the EEOC confirmed that on March 30th by issuing a final ruling defining how employers are to deal with it. So let me start this age discrimination alert by explaining how the EEOC has changed the ADEA.

Perhaps a few definitions are in order before we begin. Most people probably know that EEOC stands for the Equal Employment Opportunity Commission. Fewer people, but most HR people know that ADEA stands for Age Discrimination in Employment Act, the law that protects workers over the age of 40 from discrimination in all aspects of employment. Far fewer people, including HR, know what RFOA means. RFOA stands for “reasonable factors other than age” and deals with disparate impact situations and the defense to those situations. According to the EEOC “…the ADEA prohibits practices that, although facially neutral with regard to age, have the effect of harming older workers more than younger workers (known as “disparate impact”), unless the employer can show that the practice is based on an RFOA.”

Applying RFOAs and Reasonable Factors Other Than Age

RFOAs become relevant in situations where, according to the EEOC “The rule applies to only a few kinds of employment practices.  Specifically, it applies only to practices that are neutral on their face, that might harm older workers more than younger workers, and that apply to groups of people.  For instance, it applies to tests used to screen employees or to some procedures used to identify persons to be laid off in a broad reduction-in-force (“RIF”). An employer would only have to prove the use of RFOAs in a situation where an employee or applicant has “…identified a specific employment policy or practice, and established that the practice harmed older workers substantially more than younger workers.”

Reasonableness According to the Equal Employment Opportunity Commission

Each situation must be judged on its own merits, however, the EEOC (Equal Employment Opportunity Commission) does provide a list of factors that should be considered in assessing “reasonableness.” These are:

What is Adverse impact

Obviously there is no “cut and dried” solution to making a determination on whether your actions as an employer that have an adverse impact on older workers can be deemed to be “reasonable.” Prior to taking actions that may potentially have an adverse impact on older workers (or any protected category for that matter) it is helpful, though not required, that you do an adverse impact analysis before moving on any decision. If you do this analysis, also called the Four-fifths rule analysis, then you will at least know if your actions have had such an impact.

For further guidance on this issue you can reference two documents.

Additionally, if you are unsure if your actions are going to cause problems you may want to consult your employment law attorney. Fully understanding the results of you actions can help you alter your decisions or at least be prepared to respond to any claim against you.