How Will the Gig Economy Affect Employee Safety Programs 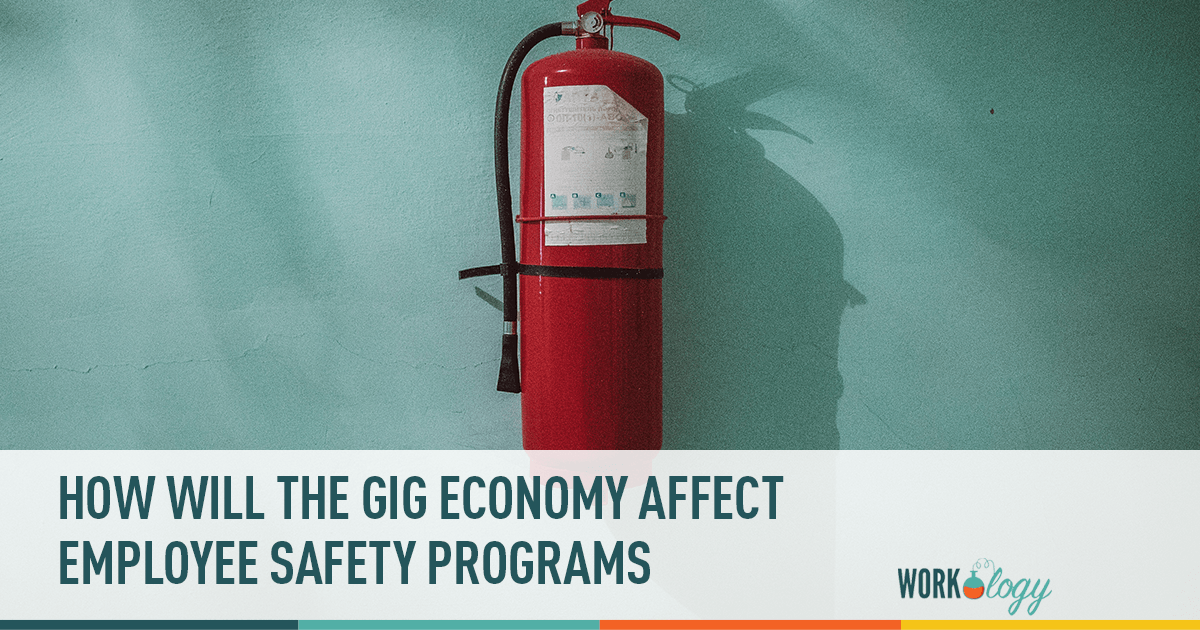 Many of you may not really pay attention to safety in your company. With the increase of service and high tech firms it sometimes falls off the radar for some HR people. That is a mistake. Many of the financial services firms in the Trade Towers on 9/11 did not have to pay attention to safety, but the fact that one firm had practiced a fire drill a few days before the planes hit resulted in many people getting out of the building. But I digress. As I was writing a post about OSHA I also happened to read another post about the “gig” economy and its potential effect on safety.

Dr. Helen Beers wrote in ‘Gigs’, not careers, may be future of work that “Already, 79% of Human Resource decision makers expect employees to have multiple simultaneous careers by 2018, and 60% think workers will be hired on temporary contracts or working as contractors or freelancers.” With this large increase in employees working in, what she called “precarious” positions, the result might be a decrease in attention paid to safety. She said these types of positions “are associated with a deterioration in occupational health and safety and could result in increases in injury rates, stress, harmful exposures and risk of disease.”

To me it is not that the positions themselves change and become more hazardous, it is that HR and Risk Management departments are more likely to pay far less attention to safety training because of the number of “gig” workers. With full time employees we understand the need to train people on hazard communication, lock out/tag out, proper lifting, shock hazards and more. OSHA requires that type of training, but companies have a tendency even today to miss part-timers when it comes to safety training. In industries that are not “hazardous” today I have seen a reduction in the amount of attention paid to safety. People, even full-timers, go untrained on something as simple as proper evacuation in the case of an emergency.

Must Be On Guard

As we reduce the number of constant staff, and move to gig arrangements, more and more people will fall through the cracks of safety training. HR will have to be more vigilant to insure that training is being done and recorded and that it covers ALL the employees and other workers and not just the ones that are always there on a consistent basis. I would not want to have to explain to any family member why their family member did not get out of a building because I forgot to make sure they were trained.