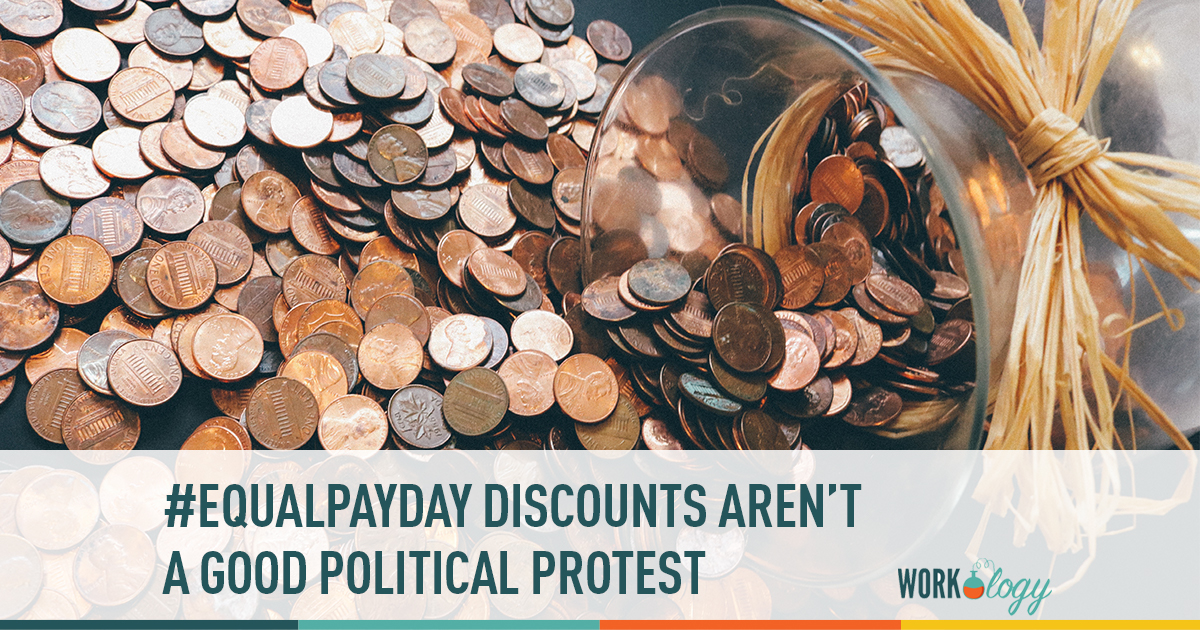 Each year, Equal Pay Day marks the point at which women have matched men’s salaries from the previous year. This year it falls today, on April 4. Today you’ll read a lot about the size of the pay gap and how long it might take us to close it. You’ll read about Ivanka Trump tweeting out articles on the pay gap, what that means in light of her father, the president, working to dismantle wage protections. You’ll read about the map of wage disparities all over the world, which countries are making progress and which are moving backwards.

And of course, you’ll read plenty of reactionary commentary by men who think the pay gap is a feminist myth.

#EqualPayDay is a reminder that women deserve equal pay for equal work. We must work to close the gender pay gap! https://t.co/CcwsoBXWdF

I don’t have much to say about Ivanka Trump’s tweets and I’ve written a lot about the pay gap in the past. So much so that this morning I woke up a bit worried that I wouldn’t have anything new to say.

This year’s Equal Pay Day, though, is a little different in the United States. Sheryl Sandberg’s Lean In group has partnered with businesses all over the country to offer 20% discounts to women today, to recognize that women make, on average, 20% less than men. If women are structurally disadvantaged in the workplace, why not give them a 20% advantage as consumers? You can find a list of participating countries, by state, here.

But while this is a cute idea, one that’s sure to grab a few headlines and get women a few discounts, it’s not one that’s likely to make a big impression on decision makers. Nor is it one that truly challenges the structural factors that contribute to the pay gap.

An Equal Pay Day discount is a gimmick, meant to make it a little easier for women to get by in the marketplace despite the wage gap, not actually close it — it shifts responsibility for wage disparity away from employers to sellers. The discount means that some businesses “make up” for the disparity caused by other businesses (and perhaps themselves). And in the same way that the Lean In movement shifts responsibility from workers to employers by giving women tips on how to get around or push through workplace challenges, the Equal Pay Day discount, in helping women make their discounted dollar earned go a little farther, chooses “practicality” over protest, in a way that seems strange in 2017.

Only a month ago women organized a huge, international protest. On March 8, International Women’s Day, women all over the world walked out of work, or skipped it entirely, to attend protests. (On Workology we closed for the day in solidarity.) It’s important to note that this was an international strike and that plans for it began outside of the US and long before Trump’s presidential win. On the international level, it was not specifically a protest against his administration so much as it is against the system, though US organizers were of course bolstered by the strength of protests movements since Trump’s win.

That is, the Day Without Women was a direct protest of those structural factors which lead to the pay gap that initiatives like the Equal Pay Day discount don’t address. Doesn’t a corporate partnership campaign feel a little thin in the wake of A Day Without Women?