Spanx Me: The Secret in 7E 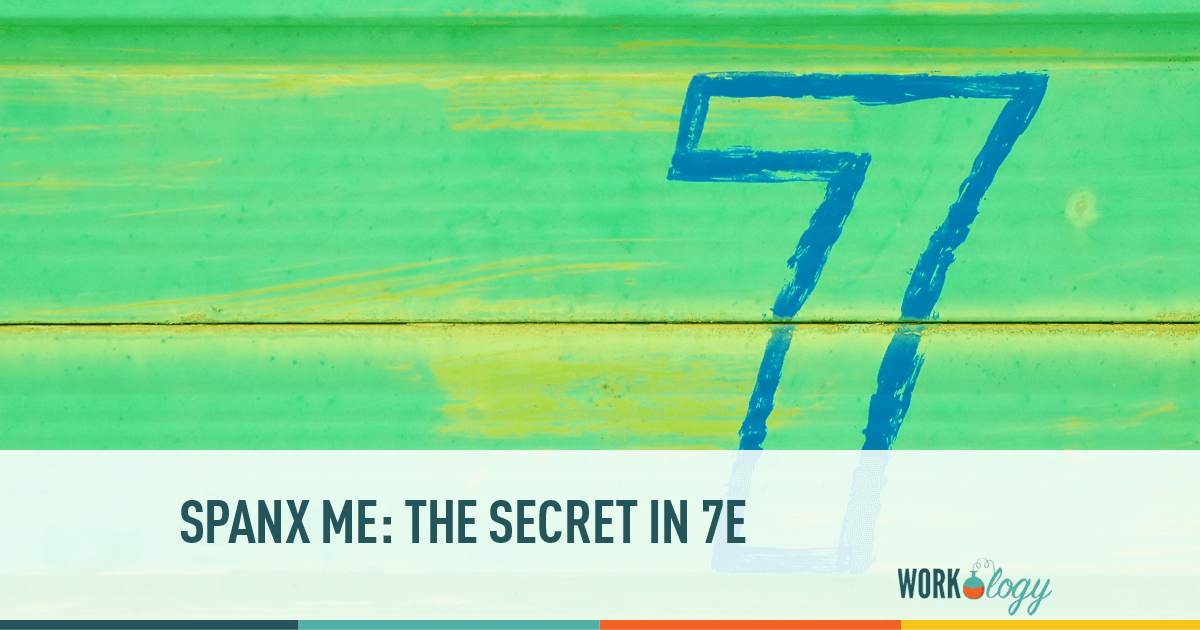 When I first heard “7E,” I thought it was referencing an apartment. Or Seven-Eleven.  What I did not think about was what it actually stood for:  the seven ‘e’s that can be found in putting the words  “Employee” & “Entrepreneurship” together.

According to statistics, some 42 million workers in the US alone have stumbled upon the benefits of being a ‘7E resident.’  From freelancing to  starting an entirely different business after-hours; there’s been a definite workforce shift to the rise of the “Gig Guy” from the ashes of the fallen “Company Man,” scorched in the global economic slowdown that kicked off with the layoffs surrounding the housing crisis back in 2007.  42 million… that’s roughly a third of the American workforce & its a number that’s hard to ignore.

But is “Corporate America” okay with – and ready for – this new image of the modern worker?  While not right for every organization, more now than ever are saying, “Bring it on.”

A Home for the “Gig Guy:”  Employment in All Shapes & Sizes

Professor Candida Brush, Professor in Entrepreneurship and Instructor of the Goldman Sachs 10,000 Small Businesses Program observed in a recent Forbes article about the program participants, “…nearly all the businesses had a variety of types of workers, contract, part time, full time, temporary, and that their growth plans included bringing on board more workers in  nearly all these categories. In other words, growth into new products/services and markets was made possible by different categories of workers, not just full time employees.”

By accepting that not all employees will, or should, be ‘permanent residents,’ an organization can create flexibility needed to attract bright, entrepreneurial-minded workers that can help get projects off the ground that are critical to its success.  They’ve realized that just because an employee starts an idea or project; doesn’t mean they have to be the one to finish it.  When taking the Kolbe Index Test, entrepreneurs often score lower in the “Implementor” and “Follow-Thru” action modes of work; with the best focus often found in the “Quick Start “action mode.  Meaning? Entrepreneur-minded employees can create idea sparks that fire up dozens of potentially profitable projects because they’re innovators & “big picture thinkers.”  Companies that can embrace their strength for employing convergent thinking will benefit from the fledgling entrepreneur who may be also building a (non-competing) business on the side.  Some might think of that as a win-win… because there are clear benefits for the “7E resident.”

The entrepreneurial employee benefits from the stability of the W-2 income, sharing of tax-burden, often more robust benefit packages, and access to unemployment insurance, should times get tough.  In addition to the aforementioned, there’s also the added benefit of influence that comes with experience & connections when working in a complimentary field.  While some entrepreneurs like Sara Blakely, newly added member of Forbes’ Billionare List & CEO/founder of Spanx, leave their day job for a completely different industry (she went from selling copiers to undergarments & is now the youngest self-made female billionaire in history); most use the reputational influence stemming from expertise and connections built over their career spent working for other companies to launch their own.

A New Type of Renaissance: Intrapreneuer

In the Renaissance Era, wealthy, powerful families like the Medicis of Italy, would “house” aspiring artists to help mold & train their talent.  This was not completely altruistic, there were many benefits for the patron family, not the least of which was good Public Relations.  This was particularly important for the Medicis, whose rise to almost totalitarian power in Tuscany often came through by way of violence in an effort to seize control.  By directing the artists under their patronage to create works of art, sculptures, gardens, and decorative fountains that not only spawned some of the greatest art works of all time, added beauty to win the respect of the citizens under their control; but also communicated their power, wealth, and rule in a way that was palatable to the people.

Fast forward and we can see progressive companies have been taking a page from history & creating a new kind of renaissance, this time keeping promising entrepreneurs in residence.  Starting with Lockheed Martin’s “Skunk Works advanced design project team that launched June of 1943, “Intrapreneurs”  play important part of progressive, innovative environments where “patron Companies” reap numerous rewards… not the least of which is still good PR.  Intrapreneurs see ways to to take an idea to a profitable status, working within the existing framework of organizational goals & do so without being directed to do so.

Companies like Microsoft, Rackspace, Intel, and 3M realize that an intrapreneurial environment is essential to keeping top-talent engaged with the brand.  A brand alone is not what creates loyalty or entices employees to stay, it’s flexibility & an outlet for creative talent that resonates best.  Google is probably the most notable example of late, allowing its employees to spend up to 20% of their time working on projects of their choice/making.  Often called intraprenuership, companies like Robert Scoble of Rackspace‘s Building 43 project to Google Venture’s EIR, Stacy Brown-Philpot have placed an increased emphasis is being placed on identifying & investing in people who can dream, discover and create great business concepts & turn them into reality… within the rank & file.

The Secret of Success in 7E

For professionals looking to reside in ‘7E,’ the secret to success isn’t much different than that of life:  strive for balance.  You can do that best by learning to live out this famous quote of Jim Rohn’s, “Wherever you are, be there.”  On Company time? Give your all to their projects; don’t work on your outside ventures.  Employ entrepreneurs?  Respecting their “out of office” time to pursue their own endeavors will help increase their accountability & appreciation for the ones their tasked with for your organization.  Finally, take pages from the Renaissance Era & “Gig Guy:” resident status in any one employment type need not be permanent. By maintaining flexibility, we have the power to create & innovate in a way that profits not only ourselves, but the communities we touch, as well.  And that is a business masterpeice worth communicating in any era.

h/t to William Tincup, @williamtincup for coining the term, 7E.