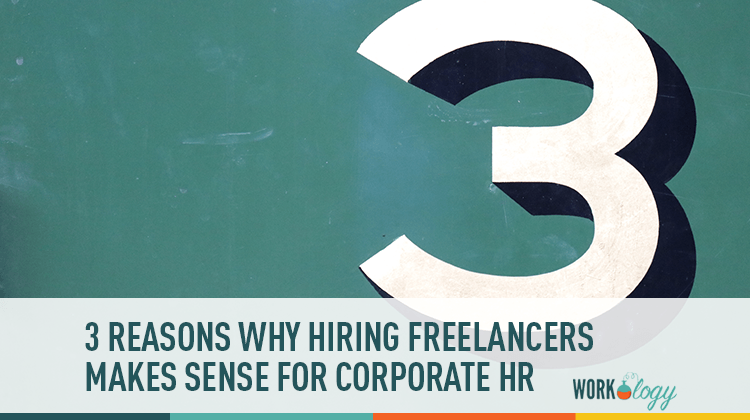 I was working from a Berlin cafe a few days ago when I noticed a young man at a table next to me. He was that typical creative, preppy type. As I glanced across his laptop screen, I spotted the familiar interface of oDesk. He was looking for freelancing gigs.

Next to him was a pair of men in a semi-formal job interview. From snippets of their conversation that were bouncing around the room I figured that one of them was a startup founder; the other was quite a savvy-sounding coder, who was offering his services on a casual basis. I regularly employ freelance employees in my business, as well. A few of them have gone on to become trusted, permanent staff who form the core of my business.

While startups and freelancing have traditionally been viewed as a natural match, the same can’t be said for matching up freelancers with corporates. When I think back to my corporate HR days, I remember seeing a certain stigma attached to job applicants who didn’t fit a certain mould (full-time, in-house, history of similar roles, etc). I think it’s time corporate HR teams have revisited their views on freelancers.

In this brave new world, where the boundaries between full-time and project-based work, as well as corporates and startups is blurring, they’re emerging as a possible answer to some of the biggest challenges which corporate HR is grappling with.

In recent times we’ve seen quite a few posts which reveal that we’re quite terrible at making hiring decisions.

Turns out, out trusted interviewing methods are quite poor predictors of on-the-job performance. Many hires don’t work out and the cost of such mistakes to is huge (especially for companies with small teams).

Freelancing can be used as an extended trial period during which a person’s true colours are revealed. Putting someone through a series of clever interviews is one thing; working with them for 3 months is another.

Studies show that the new generation values flexibility and meaning at their work over pay and perks.

If corporate HR doesn’t want to miss out on a pool of young, ambitious, talented people, large enterprise will now require a hybrid workforce of full-time and freelance teams.

In the new economy employers require a new kind of team: one which can be scaled up and down as needed.

This trend is combining with maturity of sites such as LinkedIn, which makes it far easier for HR managers to find freelancers talent through social media and create streamlined, in-house hiring processes on order to effectively support business goals.

How are you using freelancers in the workplace? Have you seen good or bad things from it?