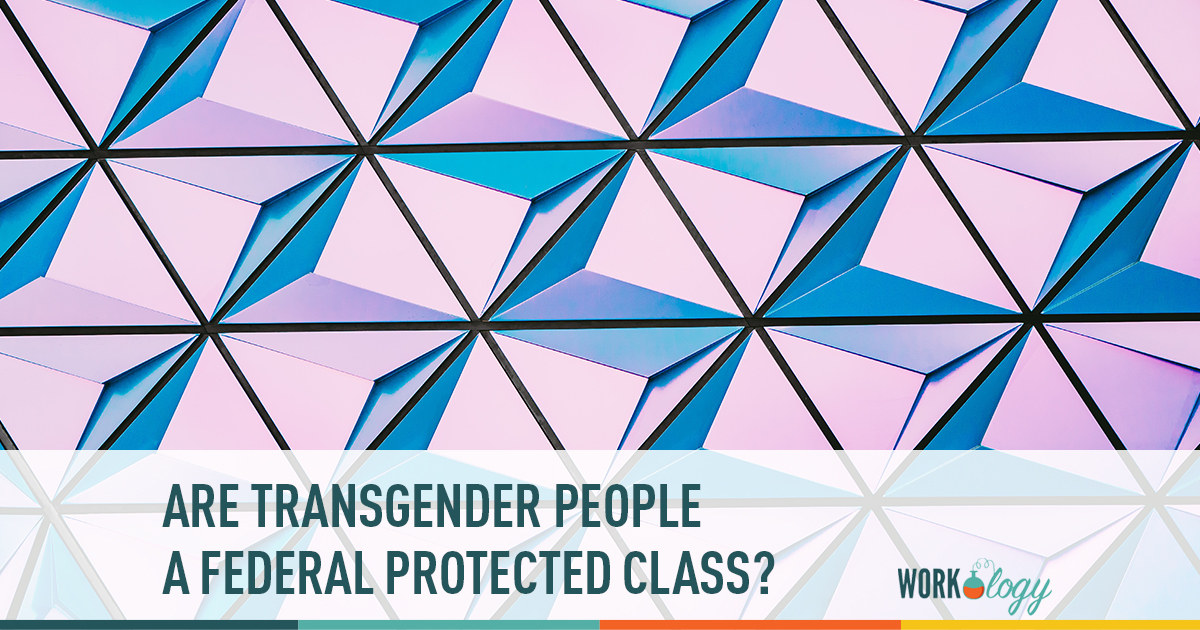 Last week, U.S. District Judge Marsha Pechman of the Western District of Washington ruled that transgender people are a protected class. The ruling was in response to the Trump administration’s move to ban transgender people from serving in the military, and it effectively stops that ban, in its current from, in its tracks.

The administration will have to move very carefully, should it seek to regroup and approach the ban from another angle – because any legislation that discriminates against the employment of protected classes is highly scrutinized by the court, the EEOC, and by employment lawyers watching for precedent setting opportunities.

What Is a Protected Class?

The court defined transgender people as being a protected class because of the long history of severe discrimination they have suffered. It said,

The Court also rules that, because transgender people have long been subjected to systemic oppression and forced to live in silence, they are a protected class. Therefore, any attempt to exclude them from military service will be looked at with the highest level of care, and will be subject to the Court’s strict scrutiny.

Protected classes, which can be created at both the federal and state level, are immutable – that is unchangeable – characteristics that employers cannot use as the basis for discrimination. They include:

What Does It Mean for Transgender People

The immediate effect of this ruling is that the ban on transgender people serving in the military has been halted, but  transgender people aren’t a federal protected class, at least not yet. With that said, the Supreme Court will be the next step for this, or future suits, and there seems to be a strong chance that in the next few years, Title VII will be definitively expanded to ban discrimination against transgender people.