The Three Most Powerful Words Spoken By a Leader 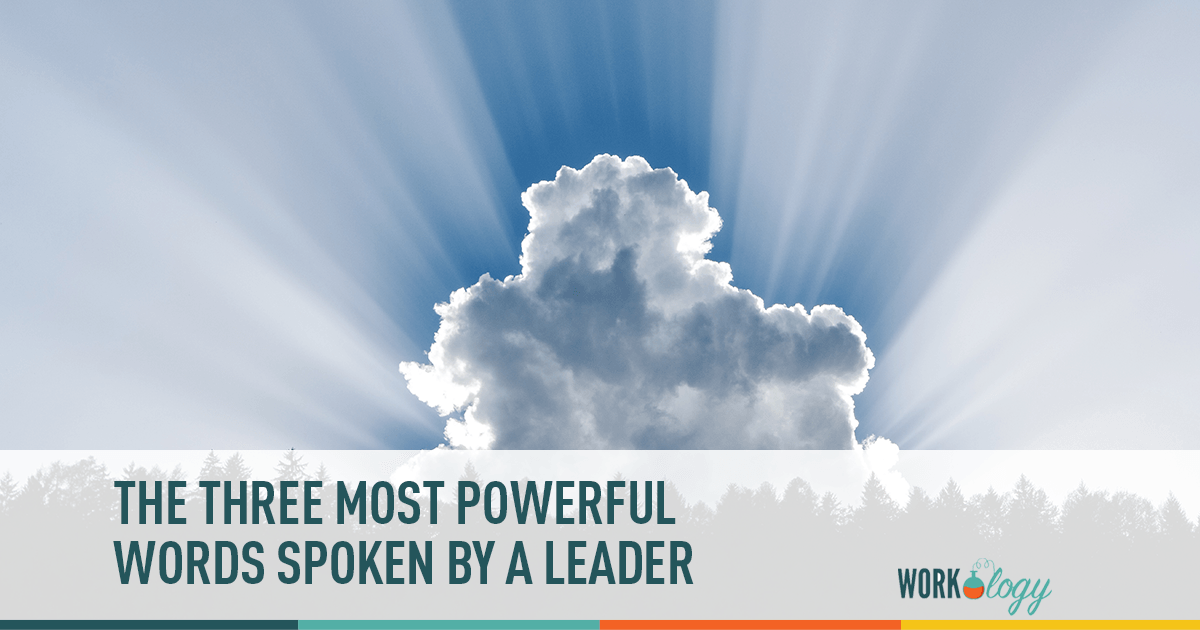 The Three Most Powerful Words Spoken By a Leader

To be a leader is to be visible to others. If you lead, people don’t just take verbal or written direction from you, they take all the cues you leave them in your day to day work.

For example, they look at when you arrive at work and when you go home. They look at how you speak with others compared to how you speak with them. They listen for accolades or praise of any type, and they are sensitive to how you guide them to better performance through criticism. They look at how you make decisions – are you consistent? Did you follow policy? Did you make a different decision in one instance compared to another, and if so why?

In short, as a leader, you are under great scrutiny. And nowhere is that more important than in how you respond to your own mistakes.

If you are in an organization that accepts excuses, there will always be a reason why something happened. That reason will usually be a set of circumstances that were outside of the control of any one person. But, if you value learning for improvement sake, excuses are empty. They don’t help to solve the problem for the future.

I once worked for a manager who made an error that was potentially costly for us. Costly in terms of dollars, in terms of internal employee relations, and in terms of his own reputation. As soon as it happened, I saw him go to work to identify the root cause. I saw him follow the process backward and identify the exact moment the problem began. He recognized that the issue started when an employee carried out the direction he had provided. He realized that he started the problem, and quickly acknowledged that. “That’s my fault”.

He then went to work to fix it. He learned that he had made some assumptions before providing direction, and those assumptions were wrong. Having identified the root cause, he put in place safeguards so the same thing could not happen again. And he cleaned up the resultant damage, including fully informing a few leaders of the situation who may have never heard about it.

The organization acknowledged two important aspects in how it responded to this situation:

His reputation did not suffer. It was enhanced. The situation was made public not to shame him, but as an example of how errors should be corrected. There will be errors. And energy is best spent acknowledging them and fixing them. Not searching for who to blame.