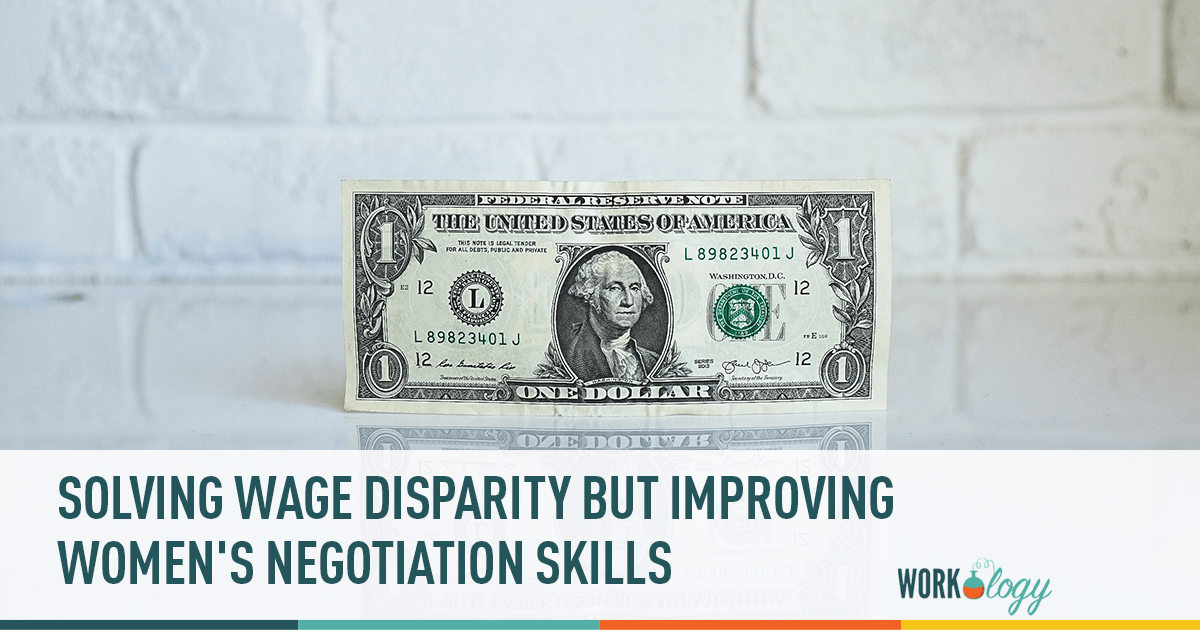 The 50th anniversary of the Equal Pay Act occurred this past week. The President held a news conference commemorating the event but in his speech he made the point that women still earn less than do men. It is well known in both HR literature and in the popular press that women earn less than men. There are a number of reasons for this difference, but one of the reasons often stated is that women don’t negotiate for salaries as often or as well as men. As it turns out these differences can be offset if you empower women to negotiate.

A Freakonomics blog post, When Women Don’t Negotiate, tells of a study published in the National Bureau of Economic Research that shows that women can and do negotiate as much men, given the right situation. The study took a look at a couple of situations. The researchers advertised different jobs and took 2500 applications. (See DO WOMEN AVOID SALARY NEGOTIATIONS? EVIDENCE FROM A LARGE SCALE NATURAL FIELD EXPERIMENT)

They found an interesting pattern. If a job situation was ambiguous and did not mention anything about salary negotiation men were far more likely to negotiate than were women. However, if the ad for the position stated that “salary was negotiable” the researchers found that women negotiated as much, if not more, than did men. Apparently women like to be told they can negotiate. If rules don’t exist they don’t attempt it. According to the researchers “…we find that men in contrast to women prefer job environments where the ‘rules of wage determination’ are ambiguous.” Since most situations tend to be more ambiguous in terms of negotiation this puts men at an advantage and may help lead to the salary discrepancy.

Writer Alexis Code relates her own story of not knowing how to negotiate in ‘Don’t Ask, Don’t Get’: How to Fix the Gender Gap in Salary Negotiations. She also quotes Linda C. Babcock, a professor of economics. Babcock who has also co-authored two books on the subject, Women Don’t Ask and Ask For It. Babcock, from Carnegie Mellon, offers these observations:

An interesting side note is that women, while not negotiating strongly for themselves will negotiate strongly for their subordinates. So it is not a lack of skill it is a lack of application for personal gain.

If you are trying to rectify the wage inequality what you need to do is empower women to negotiate by telling them it is OK to negotiate. State in your ads that “salaries are negotiable” as opposed to “salaries are commensurate with experience.” This last statement does not give permission, where the former does.

Of course this will not solve all wage inequality in the work place. And these results may be dependent on level of position, though the study used administrative jobs. But if you have been puzzling on what you might be able to do then try this out.

What do you think? Do you think women are less likely to negotiate?