Senate Passes Gay Rights Bill but What Does That Mean for Your Workplace? 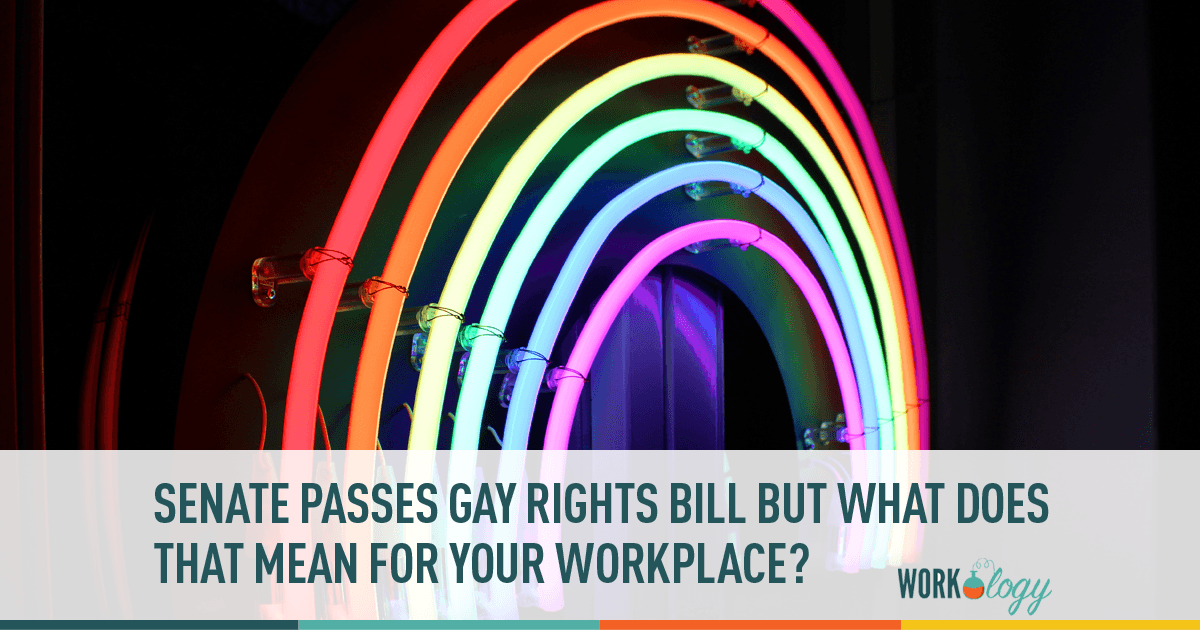 If you’ve been a reader of this blog for a time, you know my opinions about equality and discrimination when it comes to people in the workplace. Basically, I’m a believer that people should be free to live and work as themselves because spending the time and effort pretending to be someone else is exhausting. Over the past couple years, I’ve written about gay rights at work, can you be fired if you are gay and my own experience as an HR professional with a transgender employee.

This topic has been an important one for me as our family lost my cousin to suicide three years ago. Zack was someone who experienced some very ugliness because of the fact that he was gay.

Just a half an hour ago, the Associated Press reported the Senate passed a gay rights bill banning workplace discrimination. It is absolutely pause to celebrate especially for friends, family and people I support in their decision to be themselves at home and work every single day.

But What Does This Bill Mean for Your Workplace?

Currently, employers can’t discriminate on the basis of the following protected classes including:

The bill once it becomes law adds sexual orientation to the list. The bill has passed and now faces presidential consideration. This bill, however, is not yet a law. The president has ten days to sign or veto the enrolled bill. If the president vetoes the bill, it can still become a law if two-thirds of the Senate and two-thirds of the House then vote in favor of the bill. My instincts tell me that President Obama will sign the bill and it will become a law requiring employers to begin enforcing the law immediately.

Once the bill becomes law, employers will need to add sexual orientation discrimination to their employee handbooks, new hire orientation and regular training. I might even suggest that HR provides managers and team leaders with talking points for office and team meetings in addition to the company memo and your typical HR policy communication change strategy.

How do you believe the new gay rights bill will change your organization and company when it comes to human resources?