Is It As Simple As Being Yourself?

Mar 21, 2017 | By Jessica Miller-Merrell | Life, being yourself,  domestic abuse,  finding yourself 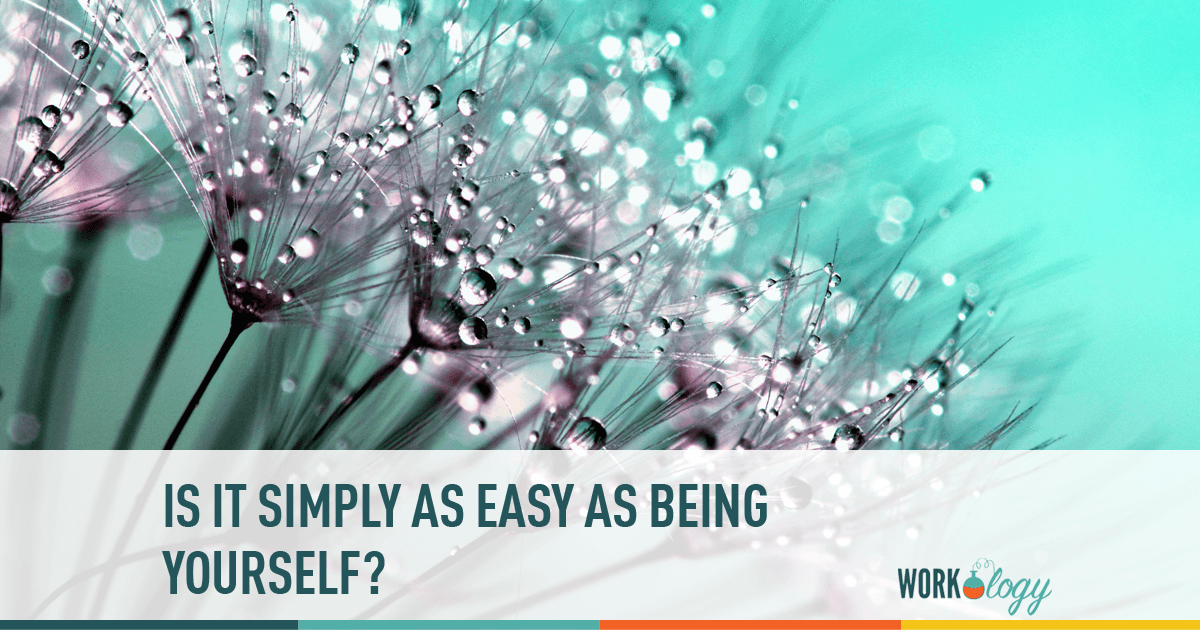 A couple of friends of mine are going through some really hard times right now. One of those friends confided in me recently a very deep secret which I was surprised about, but it didn’t change my opinion of him. He’s been a good friend to me over the years. He’s been someone I’ve admired and looked to for friendship as well as support which is when he told me I told him the only thing I could which is, “I’m here whenever and whatever you need.” He said he told me because he knew I would understand. And I guess I am one to be more understanding than others because I’ve literally been through hell myself. I get that sometimes even successful and confident people have secrets. I understand that some of us are really gifted at hiding our sadness which was my gift for many years. I was so good I hid it from myself completely.

How to Find Yourself

About 12 years ago I was living a lie. I was in denial and in a bad marriage. By day I was an up and coming HR leader for an organization but by night I was a woman who was emotionally and physically abused. The strange thing is that I didn’t know what was happening to me. I knew I was unhappy but I didn’t realize I was trapped, in danger and was even looking for a way out. That was until I began doing yoga and meditation and after spending about a year really getting to know myself I realized that I was on the brink of a breakdown. I realized I was being abused, it was wrong and I was terrified what people might think of me.

I should have been dead a few times like the time he tried to push me out of a moving car, but that wasn’t enough for me to wake up. I was terrified what people might think of me. I am a now recovering-perfectionist and was frozen in fear from admitting that I might have made a mistake in getting married even if it might kill me. I was scared of leaving my abusive now ex-husband and starting over not just because of the abuse I had dealt with for years but because I was terrified of change, failure and explaining to everyone what had been happening.

But when you have a secret as big as mine or my friend’s it’s not as simple as just being yourself. Sometimes it’s not just our own fear that holds us back. Maybe we’ve accepted that we need to leave our abusive and now ex-husband, but it’s the moment when we have to tell others especially those we love and care about that is one of the hardest things. As I mentioned even some of my closest friends and co-workers had no idea what had been going on. I was very good at keeping my secret hidden, and I was fearful of coming forward and telling other people how this seemingly put together girl on the surface and the horrible things she (meaning I) had been enduring. I didn’t want pity. I wanted acceptance so that I could live my own life without the fear of gossip, whispers or people talking. I had enough shit of my own to work through. I didn’t need to feel even more vulnerable from their constant gawking.

What We Need More Of

Being ourselves isn’t enough because we are fighting a two-sided battle where we are trying to find and accept our own true selves while also trying to get over the fear and find support in friends, family and those that we hold dear. What we really need is:

Sometimes finding these come in the strangest places. For example, I recently reconnected with a work colleague and found myself their central point of support while they were going through a very private and scary life situation. These things are the stuff of nightmares that no manual or self-help book can ever prepare you for. When things like that happen to good people I know, I’m transported back to my own moment of crisis. I had no support network or friends outside of my family who lived hundreds of miles away. Even now I wished I had then someone like me to learn on. I try to be the supportive friend I wish I had back then.

When my divorce was published in the local paper, all my neighbors, co-workers and even customers talked in whispers around me. Some had the guts to ask me directly to my face. I kept my answers factual and to the point. I’d say, “Yes, I was getting divorced. Yes, it was mutual. No, I don’t want to talk about it. Yes, I’m okay.” No, I wasn’t okay but I didn’t trust anyone. I knew the majority of them didn’t really care. They were just asking out of curiosity or obligation.

I surprised myself by remaining strong especially considering that my soon to be ex-husband was continuing his emotional abuse. He was careful. He drove by my house and called incessantly at home and work. He even went so far as to pretend to be job candidates checking on their applications. He hinted that he knew when I was leaving the house and coming home from work. Many times I found him parked down the street from the house that I owned and even got his friends to create fake profiles to try to talk to me online. I was living a nightmare that seemed to be straight out of a movie.

I never told anyone other than my sisters, parents and now husband why I got a divorce, about the stalking or terrible things I endured. I simply went to the courthouse and signed the divorce paperwork by myself. I decided to start over and transferred for my job. I moved to a new city. It was easier for me than having to deal with the uncomfortable questions, stares, whispers or stalking by my ex that I endured off and on for nearly a year after the divorce. Plus, I could process what had happened to me and was continuing to happen on my own and in my own way. It wasn’t until I wrote on this blog about my experiences some five years after the fact that I told people outside of my now wonderful husband and close family what had really happened to me. My boss had no idea. I told no one of my struggles. I kept them internal using meditation, therapy and yoga to work through what I’ve now realized was PTSD. I kept a lot of memories and feelings from myself because the old me who was in denial wasn’t equipped to handle the reality and gravity.

Having Compassion and Supporting Others

Any major life change whatever it is isn’t simply about being yourself. Being yourself isn’t simply. I wish that it was. Understanding and accepting yourself in most cases is the easy part. Worrying about myself what was I needed to focus on. Having the confidence and strength to be yourself regardless of what anyone else thinks, believes or feels is the really challenge. I needed the support of close friends and family to help me rebuild my life, start over and finally be free. And that’s one of the reasons I try very hard to exhibit tolerance, understanding, support and patience every day, and I hope you do and will too. We never know the struggles that others are experiencing. We can only show kindness and understanding.