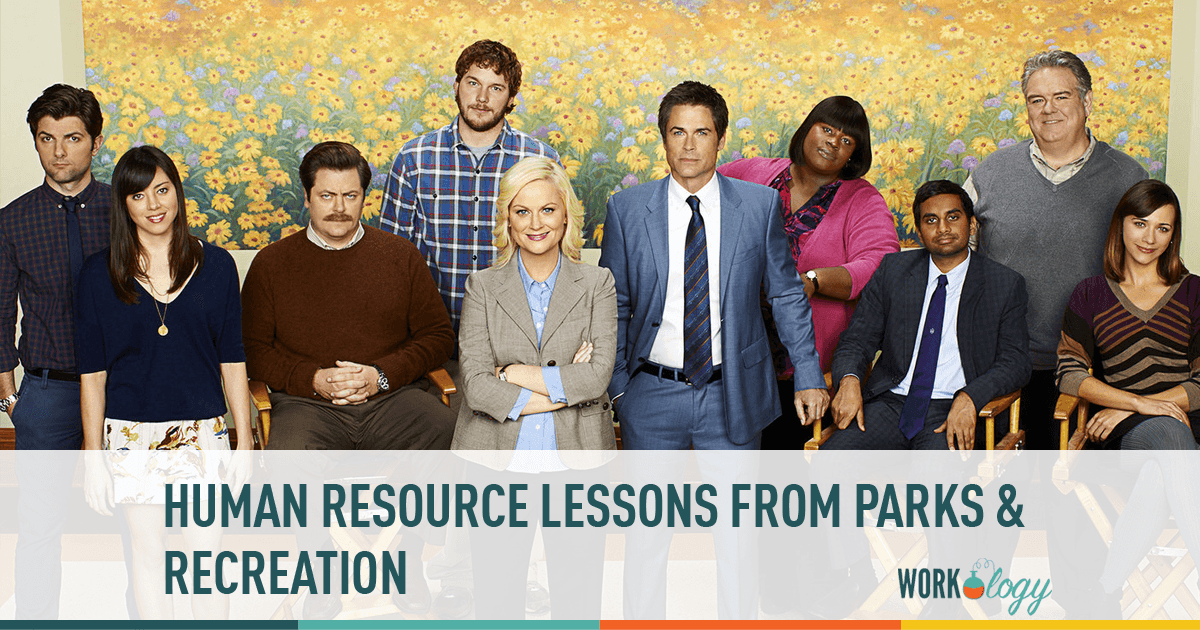 When you work in HR, it is hard to turn off your brain even after you leave the office. For me, this means I can’t help but think of the HR issues that abound in some of my favorite fictional workplaces. I was recently watching Parks and Recreation, and I could not stop myself from analyzing the Parks & Rec office from an HR perspective. So, in today’s post we will take a look at a few HR issues by looking at the fictional workplace headed by Ron Swanson.

MANAGEMENT ACCORDING TO RON SWANSON

The Parks Department is headed by Ron Swanson with the assistance of Deputy Director Leslie Knope. Ron is a man who despises government, yet he heads up a city government department. Leslie, on the other hand, counts among her heroes people like Hilary Clinton, Joe Biden, Janet Reno and Condoleezza Rice. She sees her roles in the Parks Department and as a member of the City Council as a way to do good in the world. As such, the two balance each other out in the office.

When it comes to managing his staff, Ron says, “I like saying ‘No.’ It lowers their enthusiasm.” He also says that money, fear and hunger are the only way to motivate people. While good for laughs and speaking what we sometimes are thinking when faced with a convoluted process, Ron’s management style certainly would not translate well to the workplace. I think we can laugh at Ron because many of us have worked with managers who have a clear disrespect for company policy and rules. 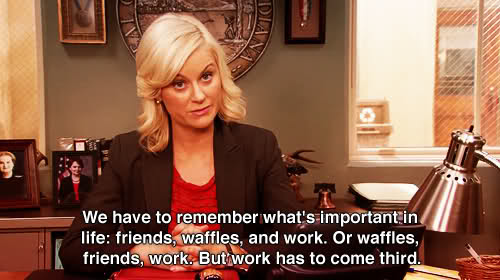 We spend a lot of our time at work. The Pawnee Parks & Rec staff is no exception to this, and many episodes center around the overlapping workplace and personal relationships between the characters. Some of the employees of the Parks Department have even found romance at City Hall.

At one point, Pawnee’s financial situation is dire enough to result in two state auditors coming in to fix the problems. One of these auditors is Ben Wyatt. Ben and Leslie soon start a relationship, which they keep under wraps for a while because of the policy against such relationships. They are forced to disclose the relationship when Leslie runs for city council, and Ben resigns his position.

Workplace relationships are not just commonplace on TV shows centered around work. They also happen quite a bit in the real world, which is why it is important for your company to have a policy about supervisor/subordinate relationships. A policy that states that supervisors cannot be romantically involved with subordinate employees helps protect against the risk that such relationships could be construed as quid pro quo harassment. Additionally, requiring that employees disclose such relationships is important. If this comes up in your workplace, tell both the supervisor and subordinate that one of them will need to accept a position elsewhere in the company. They decide who moves. Automatically moving the subordinate employee could result in a claim of retaliation.

In Ben and Leslie’s case, was it necessary that Ben resign? Ben is Assistant City Manager. While Leslie does not report to him directly, he is in a position where he helps oversee all the city departments, which makes the possibility of Leslie or him transferring to a position where one is not reporting to the other challenging.

In the current season, the neighboring city of Eagleton goes bankrupt due to lavish spending. This results in Eagleton being absorbed into Pawnee and Eagleton city employees being added to the existing Pawnee staff. Suddenly the Parks Department finds itself with twice as many employees and the challenge of assimilating new employees into an existing department. It becomes clear that the Pawnee and Eagleton Parks Department staffs are not compatible.

So, what can we learn from this? When combining departments, it is important to have a plan in place. How will duties be shifted around? Leslie puts together a merger plan and pairs up Eagleton staff with their Pawnee equivalents. The pairs of employees meet with comedic results of course, but it shows us we need to be ready for the personality conflicts that could come up when merging teams.

Fictional workplaces often push the limits of acceptable behavior for laughs. They certainly are not the place we go to learn of the latest legislative updates or management training; however, they give us the chance to think about what we do in real workplaces and maybe breathe a sigh of relief that our workplaces are not quite as dysfunctional as those of our fictional counterparts.

What are your favorite fictional workplaces? What lessons have you learned from them?