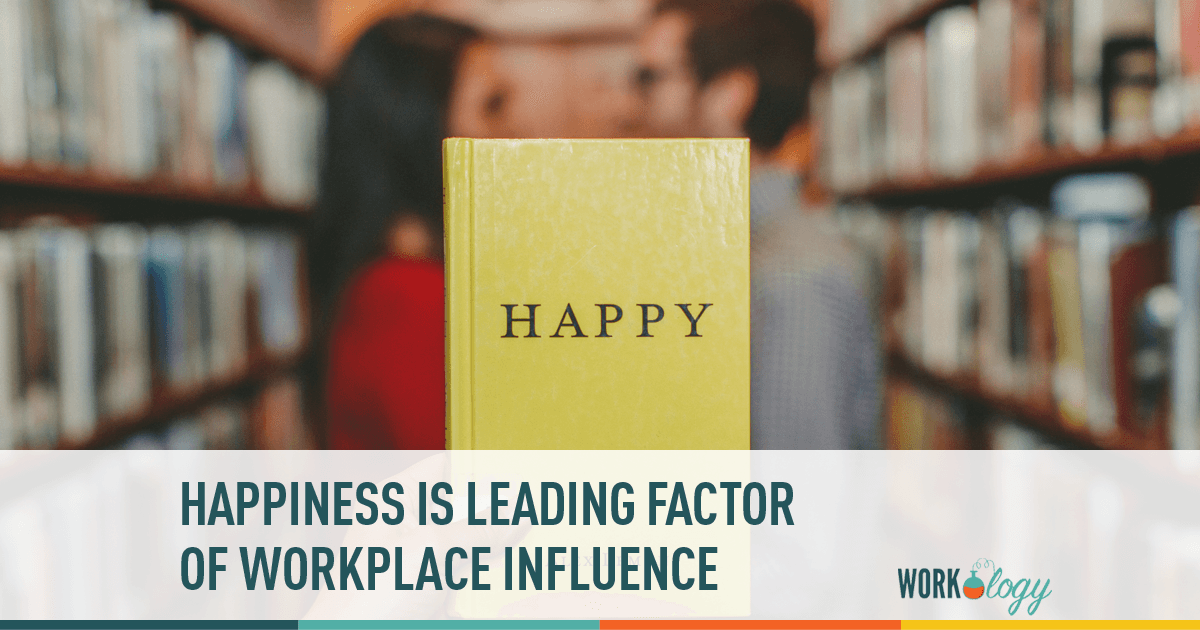 This article is Part 4 of an ongoing series on influence in work, life, and the workplace.  In Part 1, we discussed how someone is determined influential.  In Part 2, the subject of online social media and influence was discussed and how it is tragically misunderstood.  In Part 3, we discussed how and why to build professional influence.

How Happiness Impacts You at Work

Most people see being successful within their jobs, their careers, as being critical to successfully maintaining that which is important to them in life:  healthy socioeconomic statuses.  Several things comprise that status:  family, relationships, faith, work, health, money, etc… but, according to the first World Happiness Report put together for the April 2012 UN’s “Conference on Happiness,” instability in our employment cause as much unhappiness as bereavement or separation.  So we allow ourselves to be influenced by those that we believe will help us in our endeavors to maintain that stability.   As it relates to influence, the key word is ‘allow.’  We must follow the directives of our superiors; which is why positional power that comes by “authority” only has just a marginal level of influence and limited effectiveness.  When that influence level is reached, regardless of position; then those allowing themselves to be influenced have faith that following the influencer’s advice, agenda, or lead will help them achieve or maintain professional happiness in some manner.

How to Increase Employee Productivity and Influence

Asserting influence is not a passive thing just like driving employee productivity, however.  Active tactics must be employed to allow influence to spread and promote environmental change, such as:

Driven by Love and Hope

When talking about this today, another leader & influencer in the recruiting industry, Glenda Smith (Principle at Pediatric Search Partners) contributed, “Freud says that happiness [in the individual] is ‘something to do, someone to love and something to hope for.”  What a nice reminder.  I submit this also makes an excellent roadmap for achieving and asserting influence at work.

In the next installment, we’ll look at how leaders can assert ‘indirect influence’ through activating “Power Influencers” within the Organization and/or in online communities.

This article is Part 4 of an ongoing series on influence in work, life, and the workplace.  In Part 1, we discussed how someone is determined influential.  In Part 2, the subject of online social media and influence was discussed and how it is tragically misunderstood.  In Part 3, we discussed how and why to build professional influence.