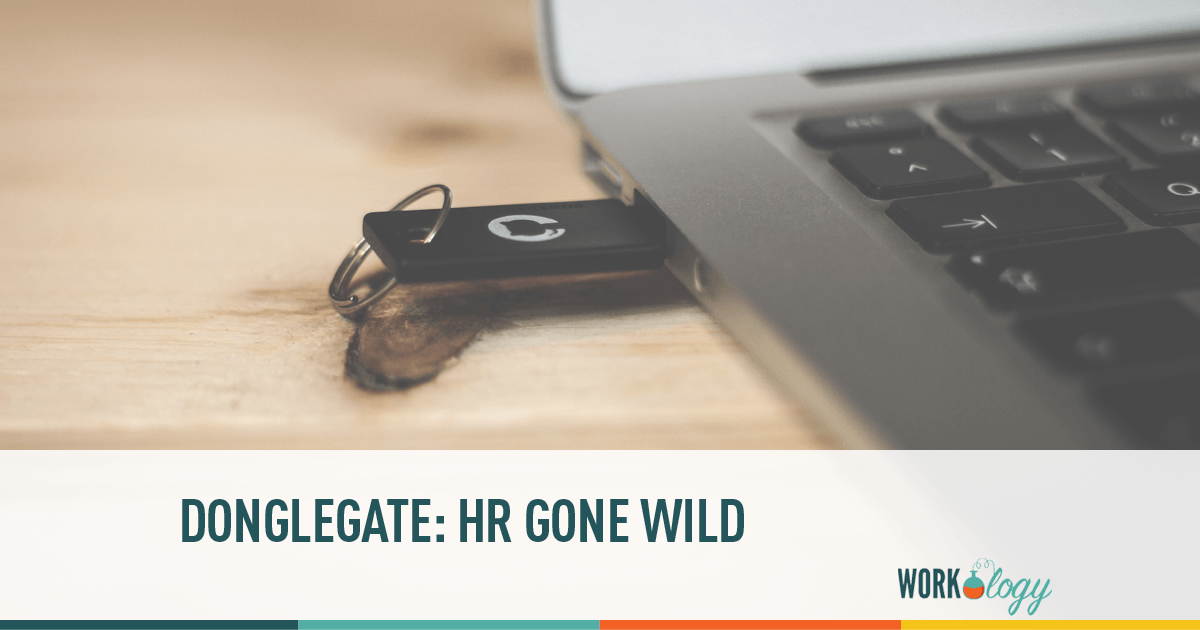 Today’s post is a morality play, filled with arrogance, rudeness, naivety and stupidity. That’s because I am writing about harassment, sexual and otherwise – and the potential outocmes of dealing with the stupidity of sexual harassment.  Or maybe I am only joking.

Have you heard about Donglegate yet?  It is what started out as a “private joke” about dongles made by two guys at a conference and has gone way beyond being out of control.   What I think is the best summary of Donglegate is written by Kim-Mai Cutler on Techcrunch. It’s an ugly situation, and a spocial media temperst in a teapot that has had real life impact on the lives of individuals and the reputation of the companies who employed them.

You should read the Techcrunch story link, but here’s the Cliff Notes as summarized by Kim-Mai:

In an age of blogs, tweets, Hacker News, Reddit and Anonymous, an off-the-cuff joke can spin wildly out of control.

1) While sitting in the 10th row of a Python programming conference, a developer who used to work for mobile monetization startup Playhaven apparently made a joke about “big” dongles and “forking someone’s repo.”

2) Adria Richards, a developer evangelist sitting in front of them, called them out on Twitter and in a blog post for making the conference environment unwelcoming toward women. PyCon then escorted them out to the hallway.

And then everything went wild.  This reminds  me of the bad old sports joke that someone started a fight and a hockey game broke out.  Except here, someone had a conference and a full-blown HR disaster ensued, all because one person was offended by the comments of another, and was able to instantly project and amplify the issue via social media.

Therein lies the problem.  Social media allows immediate action that is much more gratifying.  Social media also ensures the entire world is watching.  We now live in a world with no privacy, no confidentiality, and no room for mistakes.   With no pun intended, in today’s world virtually anyone and everyone can become virtually involved in our business.

Here’s a portion of what Anonymous had to share regarding this event:

Here is what’s going to happen:

Anonymous has reviewed the situation and rendered judgment using their collective wisdom and experience. Adria Richards engaged in malicious conduct to destroy the another individual’s professional career due to what she perceived as an affront to her own extremist views from a comment that was not directed at her, not meant for her to hear, and certainly not for her to provide unwarranted input on. As such, she should have her professional career destroyed just like her victim in order for justice to be rendered and balance restored to the universe. The hivemind’s judgement is final and there is no appeal. No forgiveness, no forgetting remember?

That’s just plain scary, and never needed to happen.  If a similar event had occurred at the SendGrid workplace , Ms. RichardsGriffin would likely have been expected to take steps that looked something like this.

Instead she got fired, and Anonymous has launched an attack on her personally.

More information in the news

I can’t satisfactorily cover the rest of the firestorm that resulted from this event in the space of this post, but you really should go read through the links below to get the full story.

My friend Karla Porter had the best line of the day on the entire event: Professional maturity and discretion must not have been included in the swag bag.