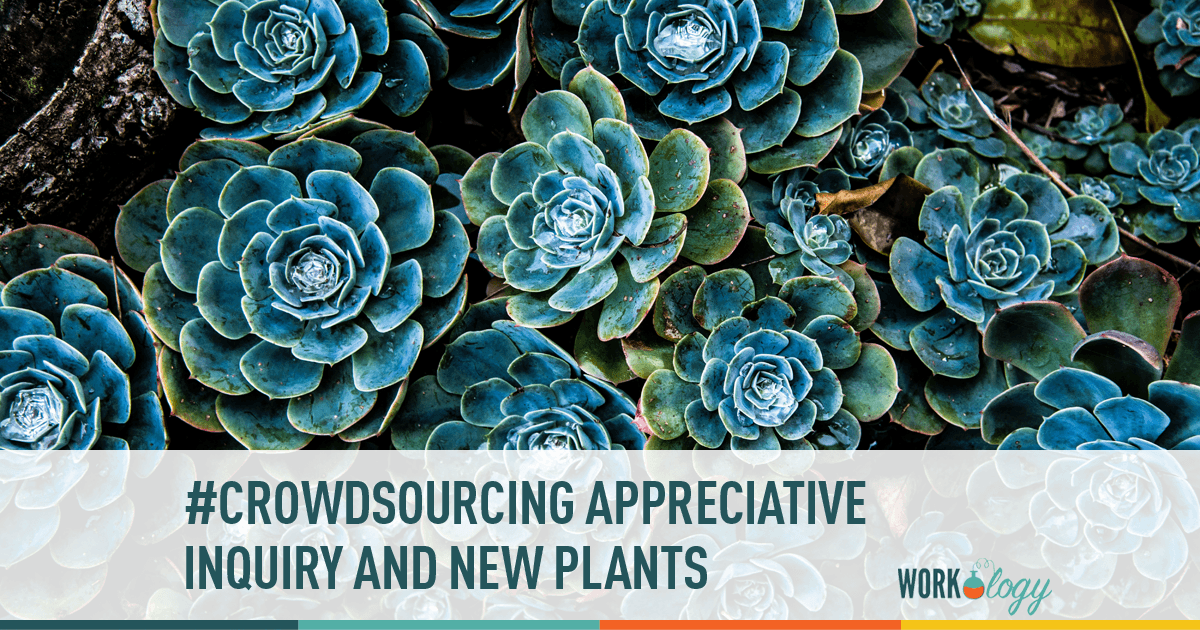 #Crowdsourcing continues to be quite the buzz word in both business and across the internet as endless examples of people coming together to collaborate and solving problems continues to deliver extraordinary outcomes. New insights into why #crowdsourcing works also continue to pop up paying homage to the importance of unlocking the power of diversity in ways that bridge gaps between social networks and, yet many of these publications and projects continue to focus crowds on solving problems.

What if solving problems is not the only way?  And what if on line communities don’t generally play well together?

Make no mistake, the future of crowdsourcing on a massive scale is contingent upon future technology adoption.  Sure the tech savvy and gamers of the world can make huge impacts but what if distrust and concerns over security harbored by the every day person continues to grind the pace of adoption?  This is not a technology issue it is a people issue.

In a prior blog post I offered up crowdsourcing as a key to solving work place problems and emphasized the importance of asking the right questions to the crowd. More recently I discovered another framework for questioning known as Appreciative Inquiry.

According to Gervase R. Bushe “Appreciative Inquiry (AI) is a method for studying and changing social systems (groups, organizations, communities) that advocates collective inquiry into the best of what is in order to imagine what could be, followed by collective design of a desired future state that is compelling and thus, does not require the use of incentives, coercion or persuasion for planned change to occur.”

Within the framework of appreciative inquiry problems become possibilities and analysis transforms into envisioning.

In her book The Power of Appreciative Inquiry: A Practical Guide to Positive Change , Diana Whitney outlines example after example of appreciative inquiry used by everything from major companies to the united nations, siting examples of very diverse people coming together to imagine “what could be” and combining their collective visions and stories to passionately transform organizations achieving tremendous outcomes.

The 4D approach (Discover, Dream, Design & Deploy) felt hopeful and optimistic yet placed emphasis on leveraging the best of what’s already worked in the past and combining proven solutions in new ways to create new possibilities.  As I explored, the concept transitioned from “Polyanna” to “wait a minute, they might be onto something here.”

Curious about applying appreciative inquiry I engaged horticulturist Josh Schneider, in a discussion about developing and growing plants to understand how problem solving vs. pursuing possibilities plays out in the Green industry.  Josh and his company Cultivaris have received awards for innovative new product development by creating new hybrids that are faster growing, disease- and pest- resistant, can be grown in cooler temperatures (reducing cost) s, and have longer bloom times. What I found interesting about this conversation was learning that a grower can focus on finding ways to reduce the amount of resources needed to grow plants (ie solve problems) as a way to cut costs and maximize yield and this is standard practice .  Cultivaris takes a different approach and creates new products that are easier to grow and more profitable for the grower and retailer.  Josh said “you can grow acres of a plant but loose them all to disease if you’re not careful or have chosen the wrong variety.” After this discussion it became clear to me that, while the concept of Appreciative Inquiry had been officially established in the mid 1980’s, it’s actually been alive in flowers we grown and the foods we eat every day as generation after generation of farmer has already been combining the best characteristics from the strongest plants to improve crops for centuries.  In it’s own way, Appreciative Inquiry is a testament to itself, a combination of concepts that are already ingrained in the story of human prosperity and progress – just recombined in a new way.

This had me wondering; what if crowdsourcing using questions aimed at solving problems leaves the solutions rendered at greater risk to unforeseen circumstances, in fact what could be more unforeseen than the outcome of attempts to influence company culture as expressed in this blog post by Hartford CEO, Liam McGee?  Ever heard the quote “culture eats strategy for lunch” originally attributed to Peter Drucker?

But, what if focusing crowds on creating possibilities through identifying and combining what is already working or by engaging them in collectively combining their visions for a company could produce better and more sustainable results?

I then discovered The Center for Appreciative Inquiry  and their daily paper ‘Words Create Worlds‘.  Right on their front page I read the question “What might be possible if community and organization members were fully engaged and using their strengths to collectively achieve shared visions?” – Wow!

Bernard J. Mohr says, “Problems get replaced with innovation as conversations increasingly shift toward uncovering the organization’s (or group’s, or community’s) positive core.” What if a deliberate effort was made to combine the powers of #Crowdsourcing and Appreciative Inquiry? For example; here are crowdsoucring questions applicable to any generic work environment.

Now, imagine how you would feel responding to either sets of questions?  Where would questions like the first set get you if repeated again and again over time and how would they make people feel? Would the results of the latter questions result in solutions that would get at what the first questions are asking anyway?  What set of questions are more likely to influence adoption and create a culture that brings out the best in people?  Do the latter questions alleviate some of the security concerns and slow adoption rates for collaboration technology?  I’ll leave those questions for you to ponder.