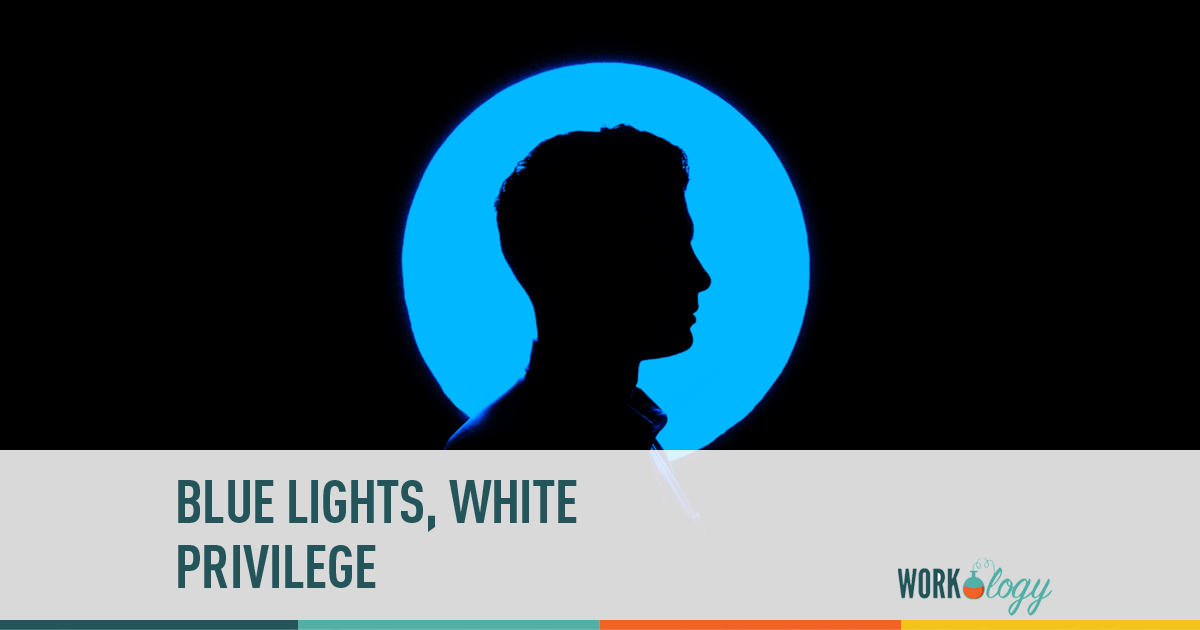 Let me start this by acknowledging that it represents a single data point. There is just not sufficient information to determine why the officer involved did what he did. I believe that many white Americans can simply not comprehend what is referred to as white privilege, and I hope maybe this will help in at least a small way as we continue to try and understand the situations we continue to see with some law enforcement agencies.

Earlier this summer I was pulled over. If you have ever driven in Atlanta area traffic during rush hour, you know what frustration is. I’m in a long line of cars at a red light, wanting to get into the left turn lane for the light. You know that wide center lane used for left turns in both directions? It was empty, so I pulled into it and drove all the way to that intersection, passing probably 15 or so who were waiting to go straight. One of them happened to be a police car.

The blue lights came on and he pulled up behind me.

I’m generally a safe driver, one speeding ticket my whole life and no other traffic violations. My internal reaction was “Really? I’m going to get a ticket or a citation for this?”

Now let’s imagine that instead of a bald, white-bearded white man in bifocals driving a 2006 Ford sedan, I am a 20-something African-American man, perhaps in the same car. What’s he thinking when this happens? Is he feeling the same way I did at that moment when the blue lights came on? Even if Roswell, GA may not have the reputation of a Baltimore or Ferguson, does he know that? How does he make sure that the officer has no reason to fear him, and be certain he has no reason to fear the officer? More importantly, why does he even have to think that way?

And just in that difference, two people who may have done the exact same thing have to think about their immediate situation in very different ways.

I would like to think that the outcome would have been the same for both of us in this example. It might be, but I’ll bet not.  And I want to believe that it would not have been a newsworthy incident in the case of the younger man, as there are certainly hundreds if not thousands of traffic stops daily that have no newsworthy outcomes.

I had what might be considered a favorable outcome. I think I was profiled. I think he saw me as a senior citizen, not likely to do harm to anyone, who maybe just forgot his driving rules today. For someone else being profiled another way, a favorable outcome might be that they lived to tell about it.

The officer gets out of his car and I lower the window. I already have my wallet out thinking I’ll have to produce my license. He looks at me (bald, white beard, looking up at him over the top of my bifocals) and he says “Sir, you can’t pull into that center lane until the yellow line breaks, creating the left turn lane. Let’s be more careful, ok?”

Do you think that would be the same outcome for any driver who was stopped for that reason, at that time, by that policemen? I would love to say “yes”, but sadly, I think otherwise. That officer may be absolutely blind to all the profiling factors, but my guess is that it was privilege at work.

As HR leaders, we need to hold ourselves to that constitutional standard – all men are created equal. We owe it to our employees to not put them into defensive positions because we treat one group in a different way than others. When the word “privilege” means the difference between fear and annoyance, we have a problem.