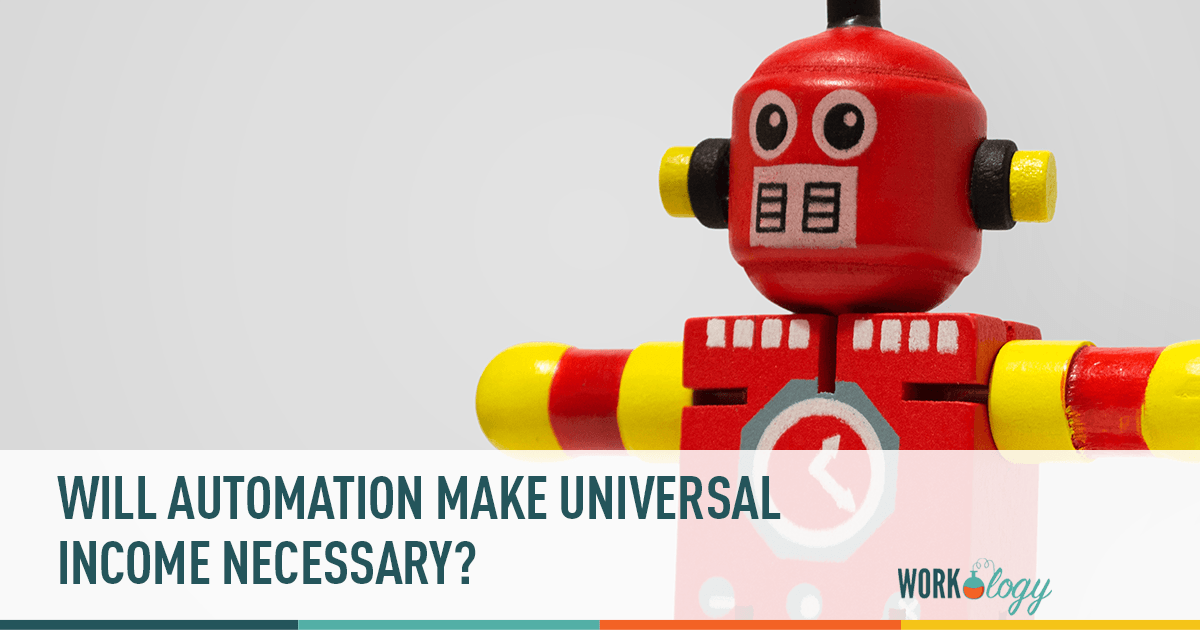 When you think about the future of automation and robotics there are typically three schools of thought. The first school says that the use of automation and robotics will create widespread unemployment. People will be out of work and subsequently out of money. The second school says that while automation and robots will displace workers in many current jobs the new technology will create as many new jobs as it displaces. Many of these jobs remain unknown but will develop as technology changes. The third school is “So who cares. I have my job and there is no way they can automate what I do.”

Robots Will Be Doing Everything… How Will We Live?

The first school of thought is that widespread unemployment will occur as a result of automation. Many people think this will only be in industrial settings where it has already occurred. That is a false assumption. Automation is replacing people in agriculture and in offices. Legal research can be done much faster by computer than it can by legal assistants. Any task that has routine elements to it can be replaced by automation, even some of the work of a CEO.

Some of the people in this school of thought say that governments are going to have to develop a form of universal income that is distributed to those that have been displaced by automation. In his article Robots Could Make Universal Basic Income a Necessity, Nickolaus Hines, writes:

Universal basic income isn’t a new idea. Variations of the concept — that all citizens, regardless of their career, should have a guaranteed wage — date back to the 16th century, but it’s never been successfully implemented. But the 21st century has something the 16th century didn’t have: robots. And as automated workers take more and more jobs from human beings, basic income might be the only way to keep the country’s economy afloat.

Hines couches his argument in terms of race and says that technology may end up being the great equalizer affecting all jobs and races equally. However, he also says that there is currently a cultural bias against a universal income. Quoting Michael Lewis, an associate professor at the City University of New York, who says “I think that the main cultural barrier is the idea that so-called able-bodied people should work for their income and their sanity.”

Hines says that currently the White House is looking at the concept and technology changes will force them to consider universal income sooner rather than later.

Technology Will Be the Great Creator

The alternative school of thought is the one I ascribe to. This says that technology will create more jobs than it displaces. Google Futurist Ray Kurzwell is in this school. We already see this occurring. Drones are taking over package delivery in some places. Jobs have been created to pilot the drones. The military uses soldiers with “gaming skills” to pilot drones a half-a-world away rather than using a pilot inside a jet.

Obviously I cannot give you a list of jobs that will be created because they have not been created. I am a believer however in the creativity of mankind and I feel confident that we can step up and meet the challenge of creating enough new jobs to keep people employed. I think people are creative enough to create their own jobs. As a favorite movie character in the movie Robots says, “See a need, fill a need.”

There may be a gap in the interim periods that may call for a stop-gap measure of universal income. The argument will be made that it will be temporary and there will be a sunset clause to any legislation. I think however, we have heard that before in other legislative moves such as social security and the minimum wage. Once the government enacts something it seldom goes away. While the idea may sound appealing we need to think long and hard before we saddle the taxpayers (us) with another obligation.

There was a third group that I don’t want to forget. These are the people that are basically the proverbial ostrich with its head in the ground. Unfortunately ignoring the future will not change the future and does not allow for the opportunity to affect the direction of the future. By being aware we can have an impact on what happens to us.

Which do you want to be? The pessimists, the optimists or the ignorers? I prefer the middle group.