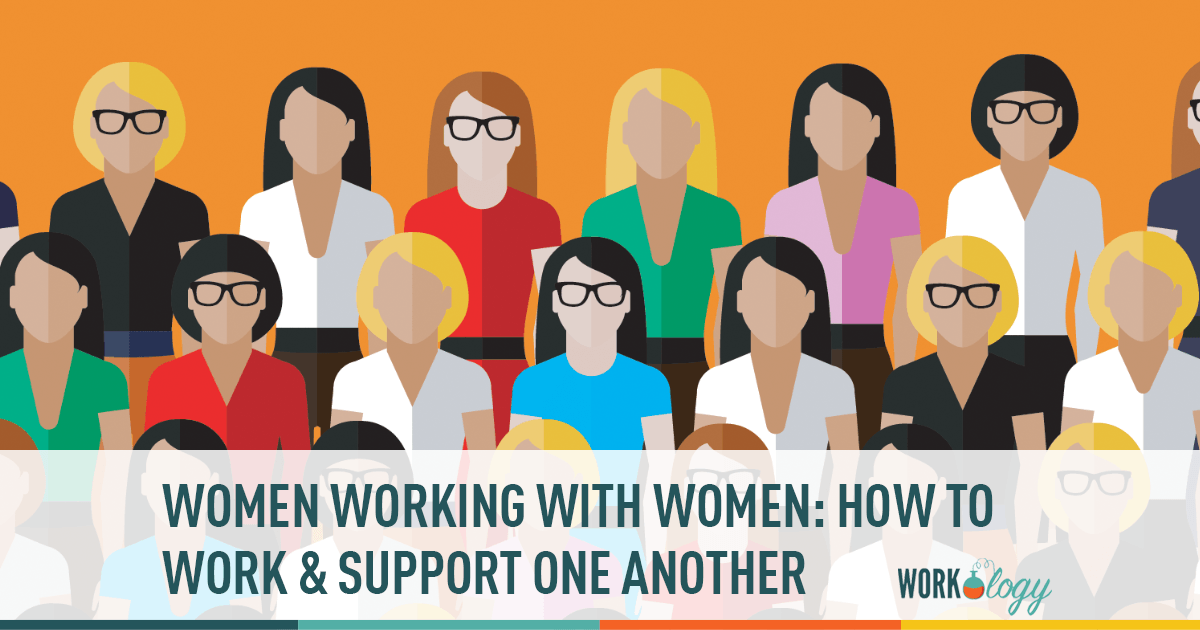 In recognition of International Women’s Day earlier last month, I wanted to talk about how to deal with women at work who seem to want to tear each other down instead of building each other up. Personally, I had the unfortunate experience of working with a woman who was a badass. There was no question that she worked hard, however, she was so passive-aggressive with other women that it was hard to get anything done and the environment felt quite hostile.

How to Encourage Women Supporting Women

So how do we, as women, work with other women like this? How do we work with different personality types when it can lead to conflict? We want to encourage a mix of personality types at work, as a sea of sameness stifles innovation, but how do we stay positive when there’s a drama queen in our midst?

Female bullies (40 percent of all workplace bullies) are reported to bully other women 70-80 percent of the time. One research study suggests that, with very few women at the executive level, they are compared to one another, creating competition. Women in leadership may want to avoid being seen as favoring women — and so overcompensate.

How to Overcome and Excel As a Woman in the Workplace

It’s important to recognize that it’s (still) difficult to be a woman in a leadership position in the workplace. Women are criticized for the same behaviors that are praised in men – assertiveness, confidence, strong-willed, determined. We’re called bossy, aggressive, stubborn, and, yes – even bitchy.

Women serve as CEOs of just 17 of the Fortune 500 companies in the United States. PepsiCo CEO Indra Nooyi has been quoted as saying, “The glass ceiling will go away when women help other women break through that ceiling.”

Men and women both want promotions, and both genders request them at roughly the same rates. In fact, senior-level women ask for promotions more often than senior-level men. Despite this, women are still not advancing at the same pace as men. And external hiring is not making up the disparity in promotion rates.

[Source: Women in the Workplace 2017, a comprehensive study of the state of women in corporate America, part of a partnership between McKinsey & Company and LeanIn.Org.]

So why does it seem like women can’t play well with other women at work? For one, the acts of one member of the group can be generalized to the entire group. If someone has had a bad male boss, he or she would never say, “Men are bad bosses.” But we observe a woman undermining another woman and conclude that “women do that.” Also, because there are few women at the upper levels of business, there is inordinate attention given to their behavior.

Additionally, many women seem to share the fear that members of their gender tend to cut one another down. Large surveys by Pew and Gallup as well as several academic studies show that when women have a preference as to the gender of their bosses and colleagues, that preference is largely for men. A 2009 study published in the journal Gender in Management found that although women believe other women make good managers, “the female workers did not actually want to work for them.” The longer a woman had been in the workforce, the less likely she was to want a female boss.

Women are wired for close friendship in which two people are equals and share intimate secrets. Businesses tend to be hierarchical, and workplace relationships are what Pat Heim calls “friendly.” Managers demonstrate “executive distance” in their relationships with subordinates. This kind of relationship between a “lower level” and “higher level” woman can disappoint (perhaps unconscious) expectations for close relationships. A woman may feel rejected by the senior woman. She may take it personally and dislike the senior woman.

Recognize Your Own Female Biases

Recognizing your own biases and consciously working to support women in leadership positions is one solution for creating a conflict-free workplace. Human resources can take the lead on this by actively promoting gender diversity programs and encouraging leadership training and support programs, like Lean In Circles, for female employees. I recently joined a company agnostic Lean In Circle in Austin, and I’m looking forward to learning from the other members.

Transparency can also help resolve some of these issues. If you recognize passive-aggressive behavior (or perceive it), confronting the specific behavior before it gets worse can be helpful. One way I’ve found to successfully handle this without conflict is to rely on your sense of humor and understand your own work style. For example, you can say to your boss or coworker, “I’m not sensitive to criticism…in fact, I welcome and appreciate it. If I don’t hear from you, I assume I’m doing a fantastic job!”

For the drama queen in the office, ignoring the behavior can often exacerbate it. I’ve seen successful women leaders nip this in the bud by getting all parties in one room and putting all cards on the table. Backstabbing can’t survive in an open arena, so talking negatively about each other behind the other’s back is nearly impossible (at least as a tactic) in an open, collaborative work environment.

The bottom line: Climbing the corporate ladder and breaking through the glass ceiling can be exhausting. It’s tempting to guard your territory once you’ve reached the top. However, if we don’t reach out behind us and give a hand up to other women making the same climb, it results in a lack of support for our position, backstabbing, jealousy, hostility, and passive-aggressive behavior. You can be a part of changing stereotypes and negative behaviors by setting a positive example. Awareness of the factors that lead to negative behaviors enables us to catch ourselves — and to choose more supportive behaviors. Women can contribute to having more women at the top.