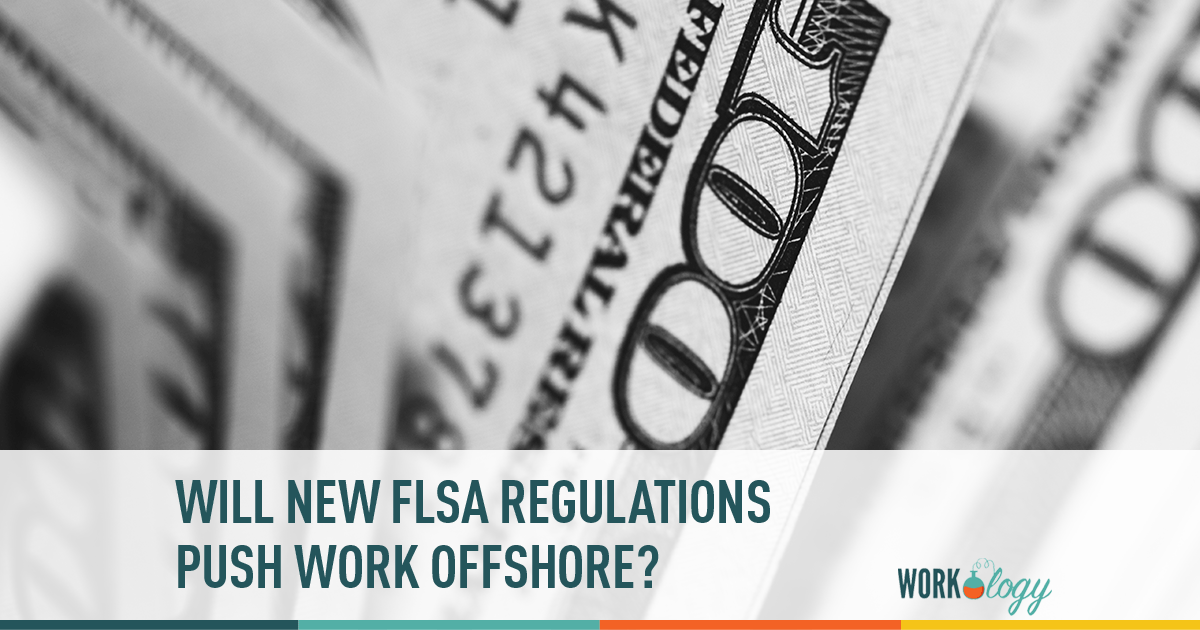 As everyone in HR should know by now the USDOL has changed the overtime regulations and has moved the minimum salary to $913 per week instead of $455 effective December 1, 2016. This applies to employees who are covered by the Executive, Administrative and Professional exemptions. Some analysts have been arguing that this will reduce the number of exempt employees considerably. As employers reacted to this prospect, I wondered if one of the outcomes might be more work being pushed to virtual employees located in other countries.

One of the outcomes of the new OT rule will be that newly nonexempt employees will have less freedom in the work they do. They will have to strictly and accurately record the time they work. Because of the potential cost of overtime companies will put more controls in place in order to avoid the extra expense of paying an employee time and a half. This additional overtime may prompt employers to hire more workers — which is part of why overtime was introduced during the depression of the 1930s. Not necessarily a bad thing, especially since we all know that employers don’t really want to pay overtime — especially for employees making $35,000 to $45,000 per year.

Another possibility, though, is that employers may get more creative in who they hire and how they have work produced. Hiring another worker in the US has additional associated costs such as insurance and taxes. Expenses of hiring workers offshore may be much less than those associated with paying overtime in the US. The technology is certainly available to have work done from anywhere in the world. In fact, the work can be done offshore and may actually get it done quicker and more efficiently than having only American workers performing the duties.

I don’t think this has been explore much yet, mostly because the new OT salary limits have not yet gone into effect. Companies are still trying to figure out the impact of what the additional overtime may cost them. Next year they will have a better idea of what reality is as opposed to just projections. Then in 2020 when the new salary level is announced and the costs get even higher companies may see a significant increase in overtime costs. At that point companies will be considering alternatives to controlling costs and shipping work to the virtual world may be an attractive solution.

Anyone thinking along those lines now?