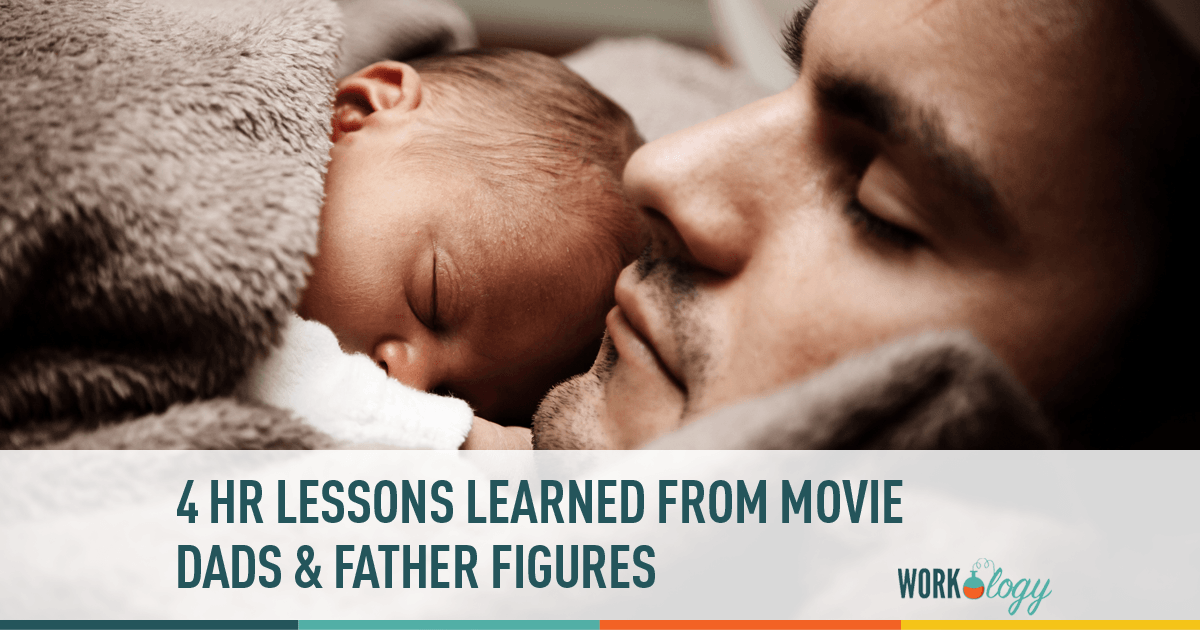 It’s that time of year again. You’re looking through catalogues of cologne and fishing equipment, trying to find the perfect gift for a very special gentleman. Father’s Day is a time when we celebrate all the valuable lessons passed down from dear old dad.

It’s not just real life fathers who have wisdom to share though. The big screen and little screen is full of dads who know a thing or two about life. There’s plenty we can take away from these cinematic fathers and apply to our business lives. Papa might not preach, but he does have some useful advice to share.

Here are some of the best, most interesting, and most unconventional silver screen fathers and what they can teach us about our HR efforts:

Benjamin Mee (Matt Damon), “We Bought a Zoo”
Lesson: Change can be necessary

After his wife dies, father of two Benjamin Mee moves to a new house with an exciting new addition: a zoo! Benjamin realizes sometimes change is necessary in order to move on. In the hiring process, this means you can’t ignore the newest advances and technology. Whether it’s sourcing candidates through social media or interviewing them through online video, it’s time to embrace change. The hiring process can certainly be a zoo, but remember if you stay ahead of the curve you’ll be the zookeeper.

It’s hard to find a better fatherly role model than the attorney whose morality powers Harper Lee’s famous book about growing up and standing up for what’s right. Atticus Finch takes on the doomed defense of Tom Robinson despite the repercussions, because he knows it’s the right thing to do. In your professional life, make sure to take a page out of the Finch playbook. Make sure to keep up-to-date on your EEOC guidelines and never turn down an opportunity for more training. We all have biases which cloud our judgement and perceptions of a candidate or a situation. Be like Atticus and do what’s right.

Chris Gardner (Will Smith), “The Pursuit of Happyness”
Lesson: The best candidates can come from the most unlikely places

Chris Gardner hit rock bottom losing his savings, his wife, and even his home. But he never gave up for his son, even as they were forced to live on the streets. He taught his son an important lesson about perseverance in the face of adversity. He also went on to get a great job as a stockbroker, become a multimillionaire, and have Will Smith play him in a movie. That’s right, the story of Chris Gardner is actually a true tale. The next time you pre-judge a candidate too quickly, take a moment. A great hire can rise from even the humblest beginnings.

In Daniel Hillard’s divorce the judge granted custody to his wife, allowing him only one day a week to spend with his kids. It’s easy to see why, Daniel is more interested in being a friend to his children than being a responsible father. But Daniel doesn’t just give up because of pesky things like “the law.” He goes undercover as the friendly female caretaker Mrs. Doubtfire in order to see his kids on a daily basis.

While Daniel’s example of subterfuge is touching, it’s less heartwarming when it happens at your company. With more desperate job seekers vying for jobs, there is bound to be more dishonesty in the hiring process. Even CEOs have been caught lying on their resumes. Take a lesson from Mrs. Doubtfire and do some background digging to make sure your candidate isn’t wearing a more qualified disguise.

What On Screen Father Figures Influence You?

What do you think? What other HR lessons can we learn from our big screen dad’s?  Do these onscreen father figures influence your daily business life and the world of HR?

Josh Tolan is the CEO of SparkHire, which combines a video job board and online interviewing platform to enrich interaction between job seekers and employers. Connect with him and Spark Hire on Facebook and @sparkhire on Twitter.