What Will Happen Now With Arbitration? 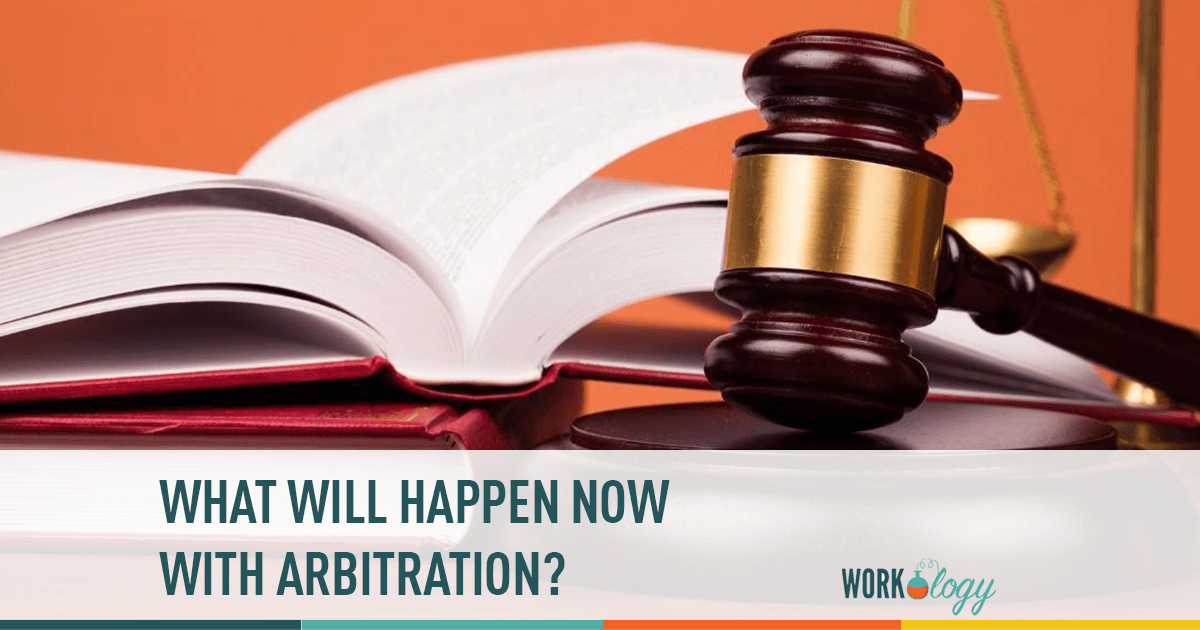 Employment arbitration is a fairly new concept that has mushroomed into a very common practice in employment agreements. In 1992, only 2% of non-unionized workers were under arbitration agreements; currently that number is 54%. The main consequence of an arbitration clause is the employee abandons their right to sue an employer. Most agreements require binding arbitration whereby both parties agree that the arbitrator’s decision is final – there are no appeal provisions. As arbitration agreements became more prevalent, advocates for the workforce sought to halt their use.

On May 21, 2018 SCOTUS determined on a 5 – 4 vote that employers had the right to uphold arbitration agreements to prevent employees from coming together for expensive class-action lawsuits (Epic Systems Corp. v. Lewis). The opinion, written by new Justice Neil Gorsuch, states “Congress has instructed in the Arbitration Act that arbitration agreements providing for individualized proceedings must be enforced, and neither the Arbitration Act’s saving clause nor the NLRA suggests otherwise.” This view is consistent with Gorsuch’s testimony about arbitration during his confirmation hearing. Obviously, employers are pleased with the Epic decision while critics opine that this is a step backwards for ending discrimination and bias in the workplace.

Citing the Epic decision, on May 24, 2018 a Michigan Federal Trial Court ruled that all but two defendants in a class-action suit for race discrimination against Fiat Chrysler were required to enter arbitration – Williams v. FCA US LLC, No. 17-10097 (E.D. Mich., May 24, 2018). The two defendants allowed to proceed to trial were able to do so only because they had been hired prior to the company implementing mandatory arbitration.

Layered onto the court actions is the #MeToo movement demanding an end to sexual harassment. The indictment of Harvey Weinstein on May 31, 2017 is sure to reenergize #MeToo. This is sure to impact the tangled web of arbitration.

What Will Happen Now With Arbitration?

Arbitration is a complex issue that has taken many turns and has become highly politicized. It will be interesting to see what the next chapter will be – the Epic decision will stand until if and when Congress takes action to change the law. There has already been bi-partisan legislation – Ending Forced Arbitration of Sexual Harassment Act of 2017 which would void forced arbitration agreements that prevent sexual harassment survivors from reporting inappropriate conduct. But will they follow through? One thing is certain, the adoption or renouncement of arbitration will be an area of concern and/or interest to most employers.

Described by HR Magazine as ‘An HR Linker and Thinker’, Pamela Harding manages LinkedIn’s largest group of HR professionals. As CEO of Metzano she brings together 1.5 million professionals as they network in LinkedIn groups and is community chair of Linked:HR, the largest single profession group on LinkedIn.