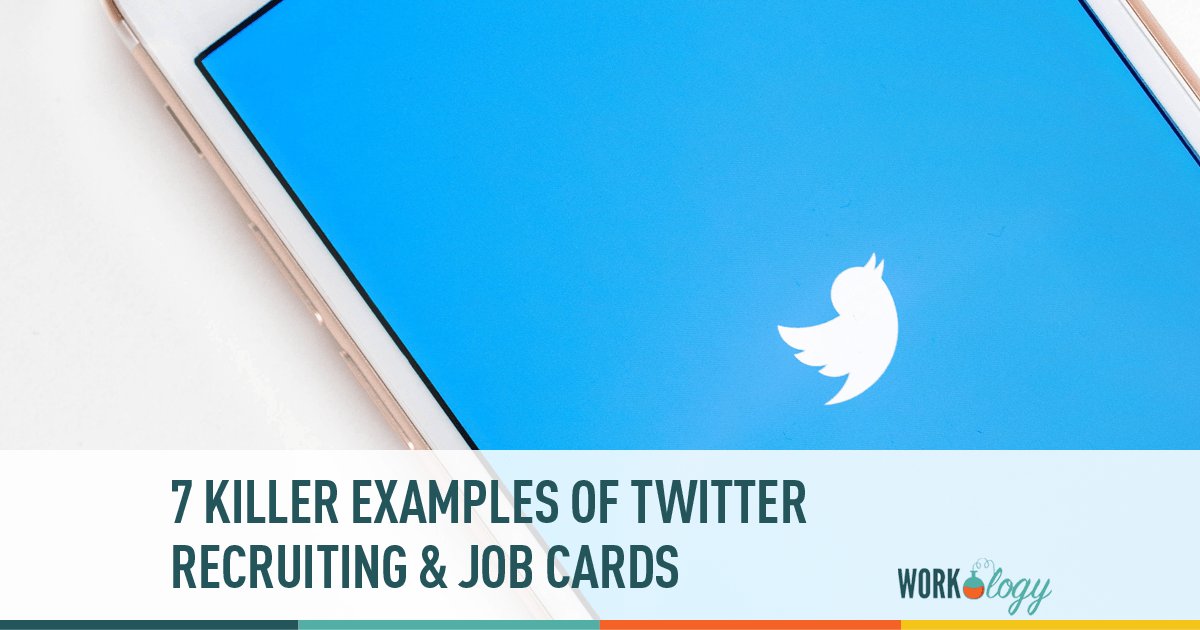 Twitter is the social network that I love. It allows for networking, engaging and mostly importantly stumbling into completely new networks and communities. This is great for recruiters who are looking at sourcing as well as building their employment brand. Unfortunately, Twitter hasn’t been great for posting jobs especially when the average lifespan of a tweet is a mere 18 minutes.

Fortunately, last year Twitter came to the rescue and launched Twitter Job Cards. Twitter Cards are a new program designed to go beyond 140 characters, add custom media, a call to action and a direct link to a job opening.

All cards allows you to exceed the 140-character limit and further highlight information for, lead generation, clicks and/or generate engagement. The job cards focus on engagement with job seekers. These Twitter Cards are also highly optimized for search with their automated #hashtags, which is great for job-seekers who are passively looking for work but actively searching using Twitter as a social search engine.

A number of companies like Oracle are seeing results with this product which was launched last year. Celinda Appleby who is the Head of Global Employer Branding for Oracle told me she is seeing huge success with Twitter Job Cards. In fact, she has data that shows the job postings using the Twitter Job Card are getting 200%+ views. Below you can see an example of a Twitter cards from Sodexo.

Because Twitter Job Cards are new, there is a great deal of experimentation happening, but I found that little best practices were being shared which is why I went to work talking to some of the most cutting edge recruiting and talent acquisition teams seeking best practices to elevate your own results.

Exclude hashtags or tags to avoid paying for non-apply clicks

In most cases, you want to pay for candidate applications and click to apply versus views. Chloe Rada found she was able to lower the costs of the cards by eliminating or excluding hashtags where you often pay for views. This advice is not one that works for everyone. The folks at SAP use hashtags freely in the job cards like the one you see below.

Create a Company Specific Hashtags to Organize and Share Your Jobs

As I mentioned, hashtags are a great way to reach new networks with your tweets. Celinda Appleby encourages recruiters to use hashtags not just for employment branding efforts but include a company specific job hashtags to make it easier for candidates to find your Twitter job listings. The Twitter Job Card you see below is for a Tax Support Specialist in Australia using the hashtag #IntuitJobs. Interestingly enough, the Job Card is from a HR Technology provider and not Intuit directly. However, their recruiting team uses the #IntuitJos hashtag to showcase and organize their jobs regularly.

Experiment with Other Solutions

Storify which is a social media aggregation and storytelling platform offers the option to build collections of social media interactions. Rebelmouse is another content aggregation option. You might remember hearing Jennifer Tharp of AT&T Talent Attraction Team talking about her success with Rebelmouse during our Content is King webinar (Click here to access).  Both platforms offer affordable enterprise options. You can see an example of how Storify looks below.

Grow with Sodexo at the world-renowned @ClevelandClinic in a #FoodService or #Culinary role! http://t.co/fTyHfuGHQk

Twitter Job Cards can be set up either on your own using Twitter.com or using a number of partners including Dice, Monster, Work4Labs and CareerArc (TweetMyJobs) to name a few. Under Ads on Twitter.com you just need a credit card and are off to the races with your campaign. Below is an example from Cloudera that is built with Twitter only.

One of the biggest challenges when it comes to recruiting via social media for the blue collar or part time workforce is that these candidates are not typically on LinkedIn or they don’t list their occupation on Facebook which makes sourcing as well as ad targeting very challenging. With Twitter, you can target your job cards to specific keywords, location and languages. One ad you see below is for a part time nail technician. The other is a remote position located in Oklahoma City for a .Net Developer.

The folks at Dice who were one of the first job boards to beta test these job cards were kind enough to share with me their official template. 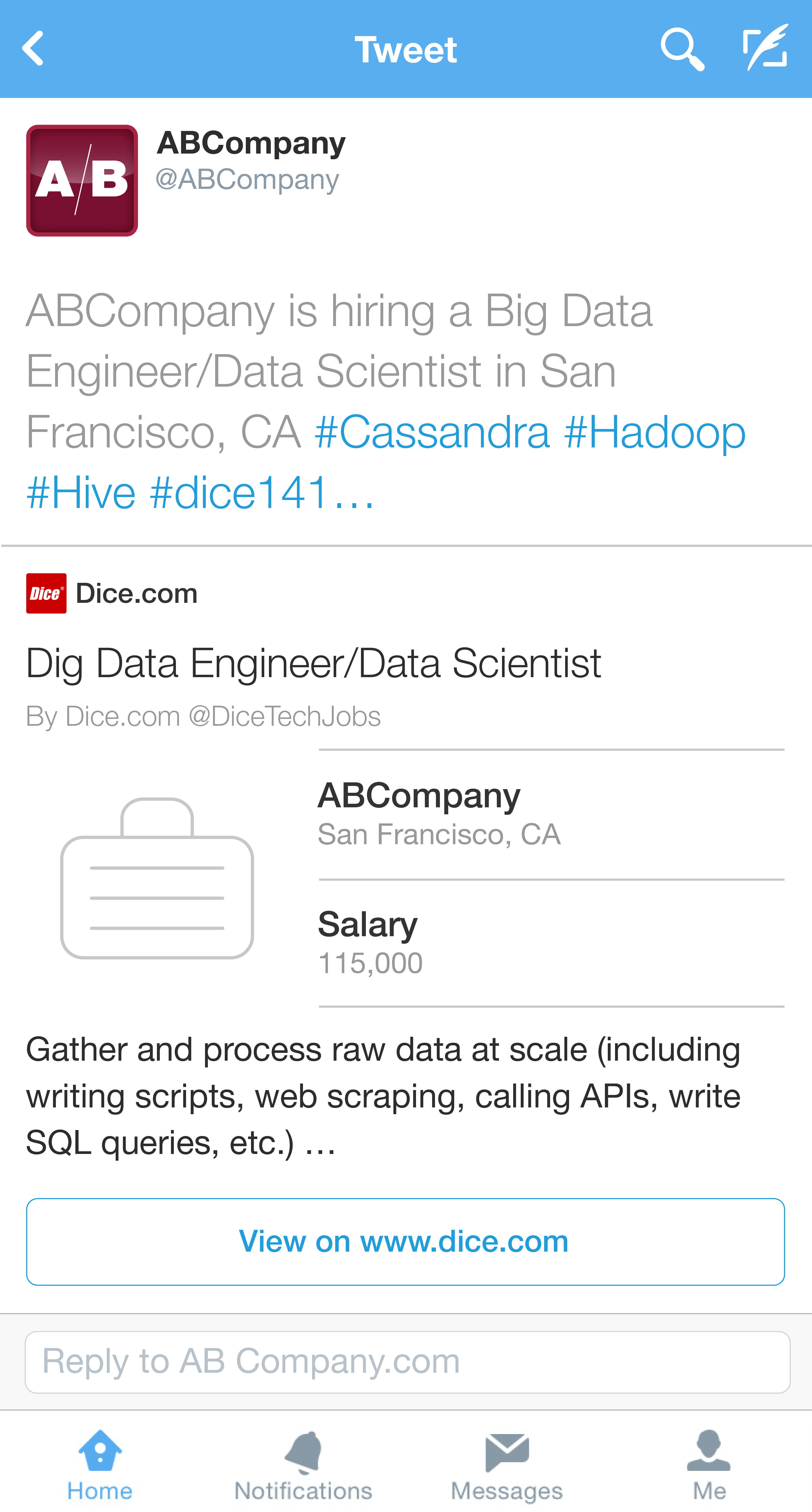