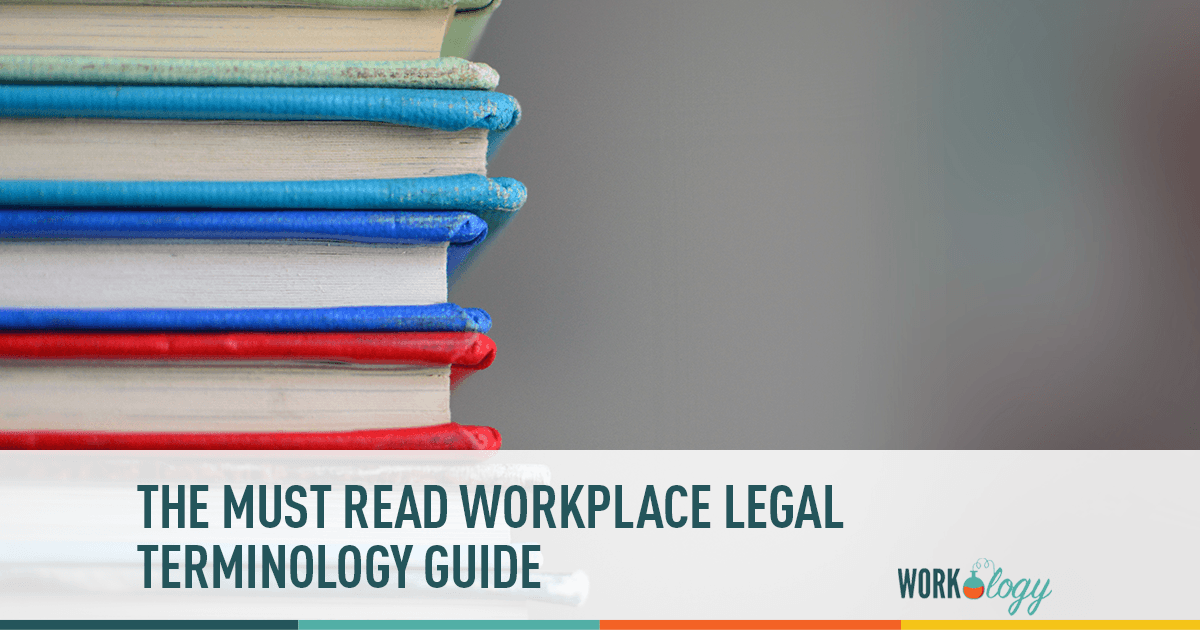 Discovery? Deposition? Jurisdiction? If you don’t have a background in law it can be difficult to grasp these legal terms, but as HR professionals, it’s essential that we do so. Here is a short and sweet guide to the core parts of the legal process.

A plaintiff almost always begins a lawsuit with a Complaint. Every court will have its own specific rules, but for the most part Complaints are similar. They are broken down into number paragraphs, setting forth the allegations. Complaints will also enumerate the different “causes of action” or alleged wrongs that have occurred (i.e. breach of contract, negligence, fraud, etc.). In some circumstances, a lawsuit may be initiated with a Writ of Summons. For example, in Pennsylvania a Writ of Summons does nothing more than inform the defendant (or defendants) that the plaintiff intends to file a lawsuit against them and does not state the alleged wrongs committed. A Writ of Summons is most often used where the plaintiff seeks to beat the statute of limitations.

An Answer is the formal answer to a Complaint filed by the defendant (or defendants). Like a Complaint, it is broken up into numbered paragraphs, each corresponding to a numbered paragraph in the Complaint. Generally, it is not enough for the Answer to simply state “denied” to each allegation. Rather, the Answer must provide more specific denials for each allegation or a statement that the defendant reasonably investigated the allegation but does not possess the requisite information to admit or deny it. In addition to replying to the Complaint’s allegations, an answer will usually contain “new matter,” which sets forth certain defenses that the defendant possesses.

In some situations, when a plaintiff sues a defendant, the defendant finds that they have a cause of action against the plaintiff as well. Typically, the defendant will allege the counterclaim and its supporting facts in the Answer. The use of counterclaims allows for the more efficient administration of the courts, rather than encouraging a defendant to file a an additional lawsuit that will need to administered separately.

In some cases, a Complaint (or Answer) is faulty or violates the Rules of Civil Procedure (the rules governing how a civil lawsuit is conducted). In this case, the party receiving the Complaint (or Answer) files Preliminary Objections (also known as POs). POs are also set forth in numbered paragraphs and state each problem with the pleading in question. If a party does not raise a specific objection, they cannot bring it up later. It is truly use it or lose it.

Discovery is a part of the process that most non-lawyers find the most perplexing. It is an opportunity, guided by specific rules, for each party to attempt to find out information about the other party and their case. The scope of discovery is quite broad, and a party may inquire into information that it would not actually be permitted to use at trial. Discovery typically takes the form of interrogatories, requests for production of documents and depositions.

Request for Production of Documents

Requests for production of documents are exactly what they sound like. One party asks the other party for documents. For example, in an employment discrimination case, the plaintiff may request all company emails that discuss the plaintiff.

A deposition allows a party (or more likely their attorney) to ask questions, in person, of another party or some other witness in front of a court reporter. The court reporter takes down the testimony verbatim and creates a written transcript of the entire deposition. Often depositions are used for a dual purpose: gathering information about the other side’s case and creating a record to prevent the other party from varying their story. If variations occur, it can be used to undermine a witness’s credibility at trial.

Summary judgment, which is requested by a motion and brief, requests the court to find in favor of one party before a trial takes place. The bar for granting summary judgment is very high. Essentially, the party is asking the judge to decide that, given the facts in evidence, no jury could possibly find against them. Summary judgment is difficult to win, and therefore, it isn’t requested often.

Every lawsuit must be brought within a certain period of time from the date the injury occurred (or was discovered). Every cause of action has a different limitation of time, generally between six months and 20 years, with most falling between one and four years. Due to the time limitations imposed by the statute of limitations, it is best to investigate a lawsuit as soon as you discover you or your business have been harmed in some way.

Hearsay is a report of another person’s statement, and as a result is of suspect accuracy and authenticity. Hearsay is generally not admissible in court, but there are numerous exceptions (which would put you to sleep if i discussed them at length). Many witnesses have a difficult time not saying “Joe told me…” which will result in the other party objection.

Right to work states (not to be confused with at-will employment) are those with statutes prohibiting agreements between employers and unions which require either membership or payment of union dues as a condition of employment. In right to work states, an employee may work for an employer and decide if he or she would like to join a union. In non-right to work states, that same employee may be required to join the union and pay union dues, regardless of whether they want to join the union or pay the dues, in order to be hired or retain their job.

If you have any terms that confuse you, or that you’ve always wanted to understand, feel free to reach out via email csipe@cklegal.net or on Twitter @CLSEmployerLaw, and I’ll update this post.