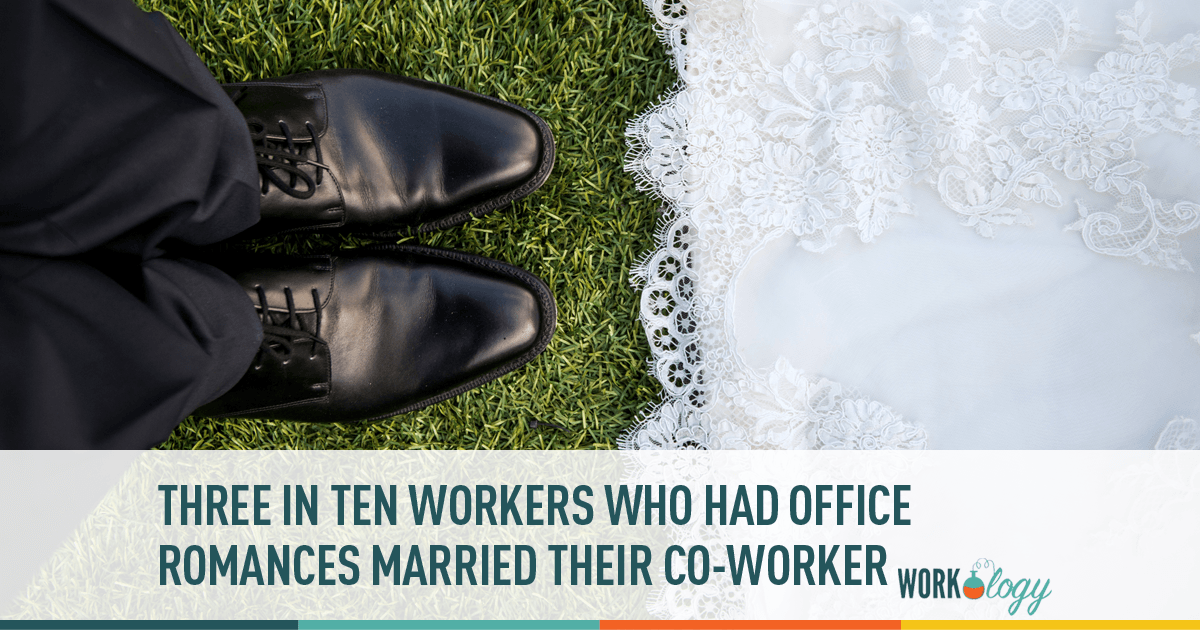 CHICAGO, February 13, 2013 – Looking for love this Valentine’s Day? It may just be in the cube next to you. Thirty-nine percent of workers said they have dated a co-worker at least once over the course of their career; 17 percent reported dating co-workers at least twice. Thirty percent of those who have dated a co-worker said their office romance led them to the altar. This is according to CareerBuilder’s annual office romance survey of more than 4,000 workers nationwide, conducted online by Harris Interactive© between November 1 and November 30, 2012.

How Many Dated the Boss?

While the majority of relationships developed between peers, 29 percent of workers who have dated someone at work said they have dated someone above them in the company hierarchy, and16 percent admitted to dating their boss. Women were more likely to date someone higher up in their organization – 38 percent compared to 21 percent of men.

Which Industries Have the Most Romance?

How Much Does Your Job Factor into Your Love Life?

More than one-in-four workers (26 percent) reported that what someone does for a living influences whether they would date that person. Six percent of workers said someone broke up with them because their job required too many hours at the office, they didn’t make enough money or the person didn’t like their line of work.

While the majority of workers tended to date people in different professions or functions, one-in-five workers (20 percent) reported that they are more attracted to people who have a similar job.

Where Do Office Romances Begin?

Most workers who have had office romances said they were open about their dating situation. Thirty-five percent reported they had to keep the relationship under wraps.

This survey was conducted online within the U.S. by Harris Interactive© on behalf of CareerBuilder among 4,216 workers (employed full-time, not self-employed, government and non-government) between November 1 and November 30, 2012 (percentages for some questions are based on a subset, based on their responses to certain questions). With a pure probability sample of 4,216, one could say with a 95 percent probability that the overall results have a sampling error of +/- 1.51 percentage points. Sampling error for data from sub-samples is higher and varies.

CareerBuilder is the global leader in human capital solutions, helping companies target and attract great talent. Its online career site, CareerBuilder.com®, is the largest in the United States with more than 24 million unique visitors, 1 million jobs and 50 million resumes. CareerBuilder works with the world’s top employers, providing resources for everything from employment branding and talent and compensation intelligence to recruitment solutions. More than 10,000 websites, including 140 newspapers and broadband portals such as MSN and AOL, feature CareerBuilder’s proprietary job search technology on their career sites. Owned by Gannett Co., Inc. (NYSE:GCI), Tribune Company and The McClatchy Company (NYSE:MNI), CareerBuilder and its subsidiaries operate in the United States, Europe, South America, Canada and Asia. For more information, visit www.careerbuilder.com.