The New Rules of Workplace Conduct 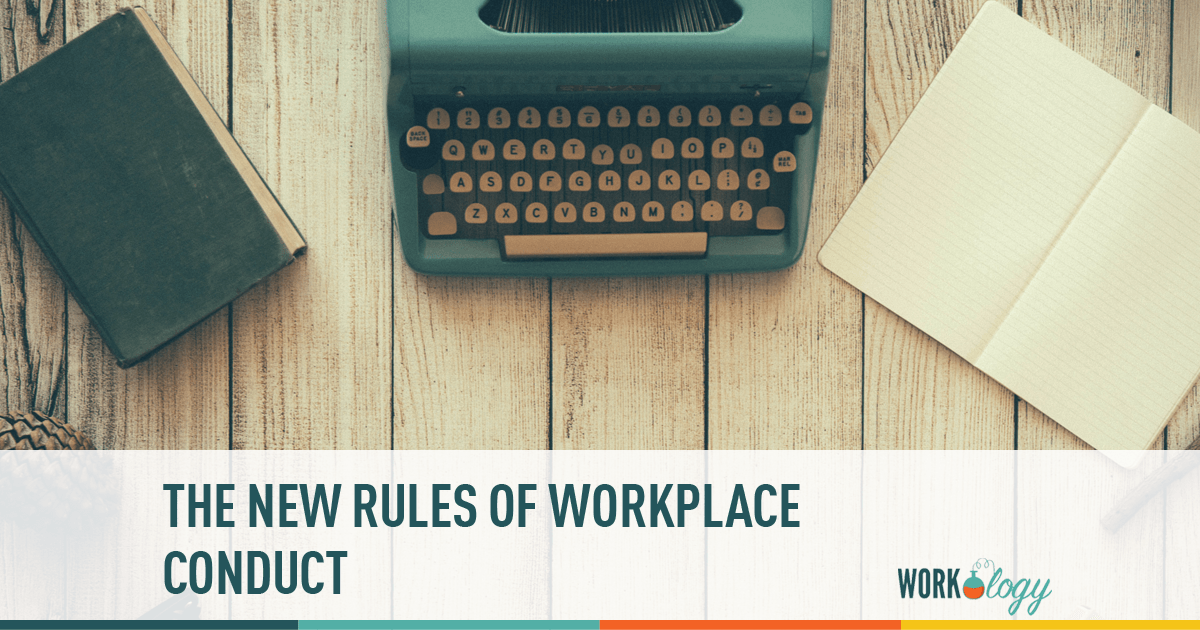 When it comes to office conduct, we’ve come a long way from the Mad Men era when a whiskey or three throughout the day and a peck on a coworker’s cheek were all part of the status quo. Now, behavior like that is guaranteed to lead to a slap on the wrist, if not a flat-out termination.

The New Rules of Workplace Conduct

But as a younger, more social-minded generation enters the workforce, the definition of what is and isn’t acceptable in the office is evolving and expanding. The guard rails of acceptable and unacceptable are no longer rigid, and they don’t apply to everyone in the same way — and it’s time for harassment training to better reflect that.

So how can you reconcile an outdated harassment training program with these modern sensibilities? Best practices are still emerging, but for what it’s worth, I’ve rounded up a few tips that I’ve found to be useful.

Years ago, training around office conduct was very explicit: as long as you didn’t do X, Y, or Z, you were in the clear. (Back in the day, I even read an employee handbook that stated that touching your coworkers was okay as long as it was between the shoulders and elbows — it doesn’t get much more straightforward than that!) The problem with this training, though, is that it suggests that anything outside of those strict lines doesn’t count as harassment. Especially for younger employees who are just starting to understand their place in the office (and the world at large), this can be confusing.

I’ve noticed a pattern of younger workers who turn to their peer groups/social networks to determine if certain behavior is acceptable or not. While some leaders might shrug this off as younger workers being too easily influenced by those around them, I view it more as a need for these folks to have their feelings validated. So when harassment training occurs, HR leaders need to make clear that harassment is not just black and white — that much of it falls in a gray area and even if someone doesn’t experience “by the book” harassment, their feelings are valid and worthy of being addressed.

Of course, it’s still helpful to share specific and tangible examples of what counts as workplace harassment. But make a point to acknowledge that those are just a handful of examples, and that anyone who feels uncomfortable for any reason can come forward without fear of retribution or ridicule. Some might argue that doing so opens the floodgates to frivolous complaints, but in my experience, it’s only helped to create a healthier, more open environment and dialogue.

Focus On Impact Over Intent

Often, when confronted with the news that their words or actions made a coworker uncomfortable, an employee’s gut instinct is to insist that they didn’t mean to make anyone feel bad. This reaction is understandable — after all, nobody wants to be seen as the bad guy. Ultimately, though, what matters isn’t the intention behind certain words or actions, but the impact that it had.

One example I like to share when I’m running a training session is hugging. Some people are totally fine with it, while it makes others’ skin crawl. If an employee hugs somebody who needs a lot of personal space, it doesn’t matter if they did it with the best intentions. The fact is, they made them uncomfortable. Now, this doesn’t make the hugger a bad person — it’s just something they should apologize for and be mindful of in the future. When you can frame employee disagreements in this way, it can help them understand where their coworkers are coming from so that the incident doesn’t get repeated in the future.

A message from HR asking to chat is an instant anxiety trigger for most people — an image of being thoroughly grilled by a stern manager in a cold room often comes to mind. But if you’re looking to promote actual change rather than just scold somebody for bad behavior, that’s not the approach you want to take.

When I have to discuss inappropriate behavior with an employee, I try to keep it as casual as possible: a quick fifteen minute chat in a nearby meeting room for less severe, one-off incidents, or taking somebody out to get coffee or lunch if the situation necessitates a longer conversation. Start by explaining why you asked to talk with them, and acknowledge that although they might not have had bad intentions, their actions had a negative impact on their coworker. Don’t guilt them or sound too accusatory — that can provoke defensiveness and a refusal to engage on the employee’s part — but make it clear that what they did was outside of their coworker’s comfort zone and discuss how you can come up with a solution together. If you approach things from a neutral, caring, and proactive standpoint, you’ll have a much better shot at having a constructive conversation that actually results in change.

With how quickly our society’s changing, it’s easy for employees to feel overwhelmed by all the new should and should nots of workplace conduct. But it’s important to note that these folks likely want to know what they can do to minimize conflict and promote understanding and tolerance. So if you haven’t yet updated your harassment training, consider an overhaul where you acknowledge the gray areas, focus on impact over intent and then try to resolve situations through meaningful conversation rather than harsh lectures. Odds are, you’ll end up with a happier, healthier, and more cooperative workforce.

This piece originally appeared on the SHRM blog here. Its author, Rachel Bitte, Chief People Officer at Jobvite, a.k.a., head honcho of finding and keeping the geniuses who work there. As Jobvite’s Chief People Officer, Rachel brings with her a wealth of HR experience—particularly in the tech industry—with a focus on change leadership and talent management. In her free time, she is all about anything outdoors that burns calories, including road riding, mountain biking, snowboarding, and backpacking.