Robots Won’t Replace Us, They’ll Work With Us 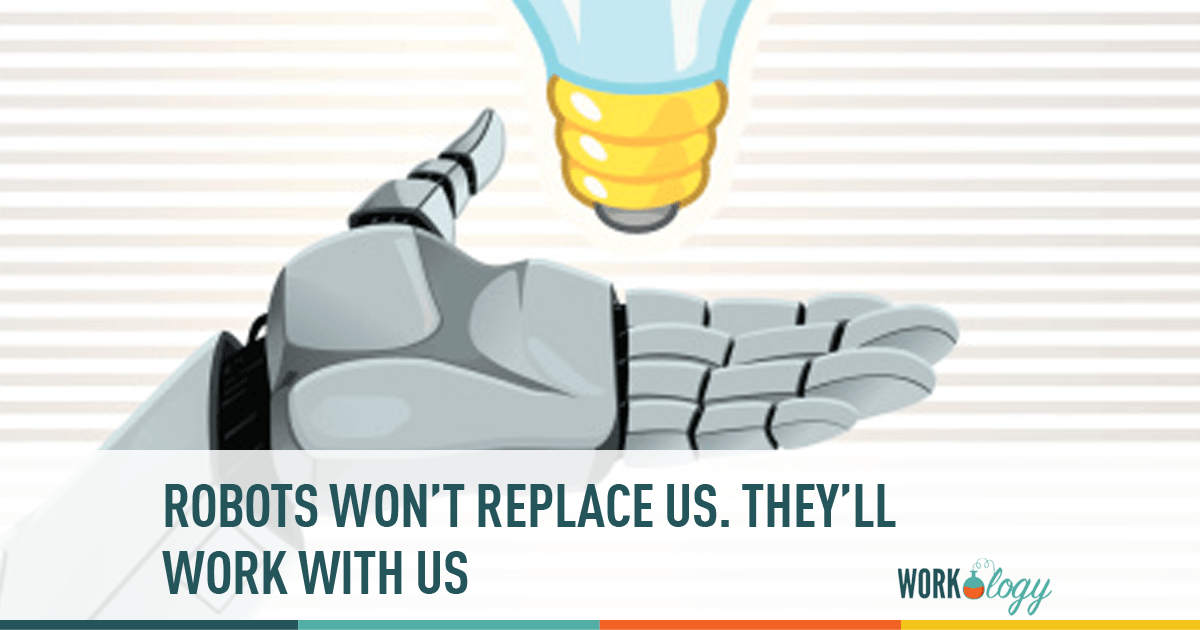 The fears of workers being replace en masse by robots has been well documented in the press (and here on B4J). Rather than replace them however, how about if technology allowed companies to retain workers by melding them with machinery to make them much more efficient and productive?

One possible solution to replacing workers with robots is having workers cooperate with robots, a concept called HRC or human robotic cooperation. The form of this cooperation may be through the use of a robotic exoskeleton. Think Ripley in Aliens fighting using a huge exoskeleton. However, these exoskeletons will be smaller and more refined. According to the firm Frost & Sullivan:

“Exoskeletons, both passive and active, will see higher adoption across industries such as automotive, manufacturing, defense and healthcare. In factory settings, they can empower workers, improve ergonomy and provide safety by increasing automation, thus improving quality, reducing waste, and lowering levels of absenteeism due to injuries. Understanding the costs, benefits and return on investment (ROI) of exoskeleton integration into assembly lines could also be the first step toward human robotic collaboration (HRC).”

Frost & Sullivan Visionary Innovation Group Research Analyst Vijay Natarajan feels that by 2020 many firms will be using some form of exoskeleton and that by 2015 we will start to see more sophisticated human robotic cooperation. Natarajan sees the potential for seamless integration within a factory setting, lower maintenance costs, and an attractive ROI with a payback period of less than one year. This would offer tremendous promise for the exoskeleton technology and for the companies using this technology.

Downsides to This Technology

As with any new technology the regulatory world has not caught up with the challenges. There are no regulations on operation of the equipment or any guidance on assuring the safety of the worker that is attached to the exoskeleton.

There is also no resolution on who or what is in charge. In the early stages of the technology the human worker most likely will be in control with the exoskeleton just offering advanced strength. Eventually however, as the machines get smarter, they may take on the primary control function with the just the human worker along for the ride. As Natarajan said “The evolution of artificial intelligence and machine learning will eventually result in intelligent autonomous robots that sense surroundings and work effectively with human beings to initiate multi-fold levels of efficiency. In that sense, exoskeletons have a very unique role in future human-robot or cobot factories.”

The Role of HR

As this technology advances the role of HR will be to work with management in preparing the workforce for this cooperative human-machine interface. HR should be on the lookout for these types of opportunities to not only improve the company but to also preserve jobs for the workers.