The Art of Momminess & Your Workforce 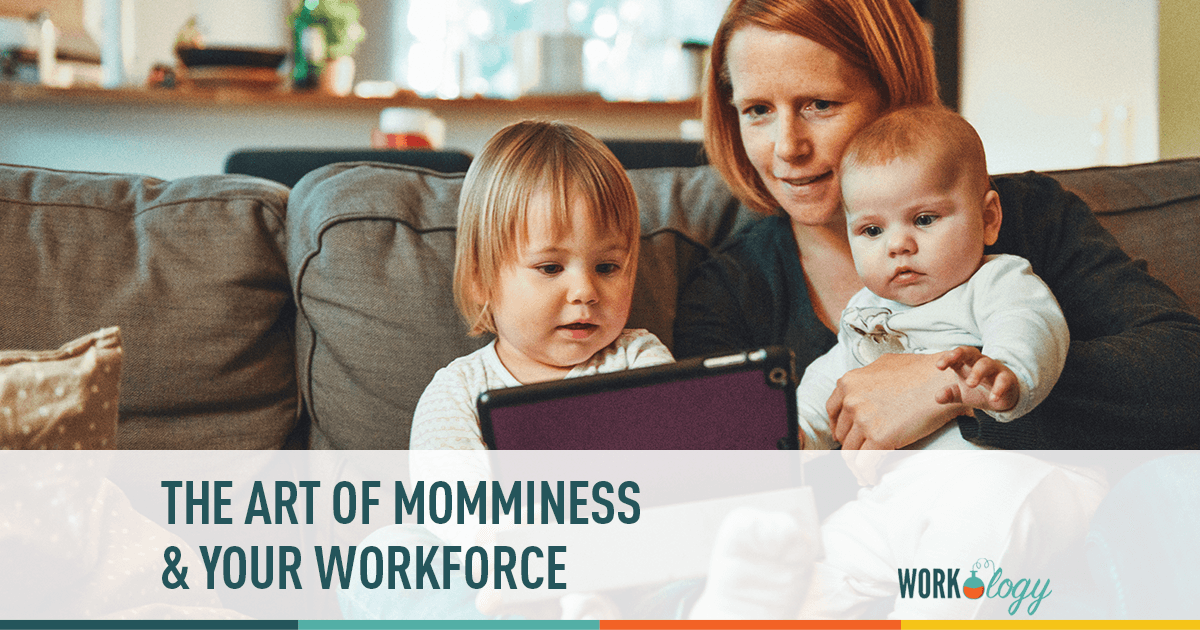 Being a mom is hands down the hardest and most rewarding jobs I have ever done.  While I’m only 18 months into my lifelong tour of duty, I feel pretty comfortable about where I’m going.  Put another way, my priorities are on straight, but it’s been a struggle balancing “momminess” with being a wife, friend, and corporate professional.  The art of momminess led me and my family to take a leap of faith working for myself and Xceptional HR full-time as a HR and business consultant.  And according to the Harvard Business Review, I’m not alone.  Nearly 31% of women leave the corporate world off-ramping their careers and voluntarily leaving their corporate jobs an average period of 2.7 years behind.

The Art of Momminess & Your Workforce

The traditional role and understanding of women in our culture is shifting.  Women are more than just mommies but respected professionals, driven, educated, and super moms who are changing the face of the workplace and consumer industries.

Super moms and professional women who took a non-traditional career trajectory re-entered the workforce or on-ramped a number of different ways.  Forty percent returned back to the corporate folds while 23% found part time jobs and 7 % (like me) became self-employed.  Even during an economic recession (the survey was completed in 2009) women and their families made the decision to drastically alter their lifestyle choosing flexibility, family, and non-traditional career paths.

And while women are re-entering the workforce after transitioning to a non-traditional career, a larger percentage of women are serving as the family breadwinners or the sole income earner in their households.  The survey  was first conducted by HBR in 2004 and again 2009, found  a 28% increase in professional woman with nonworking husbands.  While we don’t know for sure whether this increase in “house husbands” is directly correlated to the recession and increase in unemployment and job loss, I believe that the female bread winners can also be attributed to the increase of women college graduates since the 1970’s and beyond.

In fact by 2004, Columbia University found that 58% of women were earning bachelor’s degrees compared to 42% of men in the United States.  As the increase in educated women professionals has increased so has their years of experience as they climb the corporate ladder.  And although households are predominantly 2 incomes, studies such as Columbia and HBR are indicating a continued career path shift as the role of women as parents and professionals continues to change in the eyes of the family unit, professional world, and public in general.

What this means for your workforce is that professionals with gaps in employment who are educated are making choices that are non-traditional and different from corporate executive’s point of view.  And different is not necessarily a bad thing.  This pool of non-traditional talent could be a variable gold mind for your future and current workforce needs.  Mommies, daddies, and family care takers are focusing on family and paving their own career paths without the need or desire to climb the traditional corporate ladder.  For many of us including myself, we are shying away from what’s expected, understood, and predictable opting for the stairs or none at all, instead of the elevator to the corporate office.

As for me, I think I’ll take the stairs.