CAN SMOKING AFFECT MY EMPLOYMENT?

The third Thursday in November is the American Cancer Society’s 37th Great American Smokeout, an annual awareness event whereas smokers are challenged to spend 24 hours tobacco free.  I’m not here to make a case for or against smoking tobacco.  Everyone – especially smokers – know the health risks and financial cost of smoking.  But as a former smoker myself, I know that quitting smoking is probably one of the hardest things to do and easier said than done.  But, for some, choosing to light up could also cost them their job or their wallet with higher insurance premiums.

The answer to whether employers can require a pre-employment nicotine screen as a condition of employment is yes, no maybe…  29 states have laws that protect employees from having their tobacco use status be a condition of employment, but for many, it’s still a big gray area.  While employers are not required to give smoke breaks or allow smoking in premises, they may not be allowed to require nicotine tests.  Some sight privacy violations, civil liberties infringements and discrimination.

In 2006, Massachusetts resident Scott Rodrigues lost his job of two weeks at Scotts Lawn Care after his pre-employment nicotine screen results came back positive.  Rodrigues sued Scotts on violation of privacy among other things. The judge ruled in favor of the employer, laying precedent for subsequent cases.

Hospitals and Health Centers are Leading the Smoke-Free Way

Nationwide, many hospitals have jumped on the smoke-free bandwagon when permitted at a faster pace than companies outside of the healthcare field.  ProMedica, which owns several hospitals in Michigan and Ohio, only hires employees who pass a pre-employment nicotine screen since it implemented the policy in January 2011.  If a candidate fails the screen, he or she can re-apply and retake the screen after 90 days.

CAN MY EMPLOYER FIRE ME FOR SMOKING IF I AM A CURRENT EMPLOYEE?

The answer is complicated and some states protect smokers with so-called “smokers rights.”  While it’s best to check your state, the short answer is yes.  If your state is a right to work state – meaning your employer can terminate your employment at any time without cause (and in turn you can quit anytime without justification or notice), then your employer can terminate you because you smoke or smell like smoke, and you might not even realize it.  That’s just the reality.

A Case of the Mistaken Smoker

Let’s look at the case of the Mistaken Smoker.  Her company had a clearly defined smoking policy that prohibited from smoking in the building.  Many of the smokers would convene at a designated smoking area.  But, because smoker didn’t want to socialize, she chose instead to smoke in her car.  All seemed well until a senior leader saw her and assume she was smoking a joint.  Despite her protests, they fired her on the spot and she took them to court.  She initially won on the grounds of wrongful termination.  The company appealed and the decision was overruled because her state was a right to work state.  The courts determined the company could terminate her for any reason, with or without cause, and therefore could rightfully terminate her because they thought she was smoking weed even though she wasn’t.

No employee immune to nicotine standards in Ohio Clinic

The Cleveland Clinic employees 40,000 and is Ohio’s second largest employers.  In 2010, facing a 6% increase in health care premiums, the company took drastic measures which started with smoking cessation programs and then a zero tolerance policy.  Among the new employee health standards (which included elimination of fried foods, exercise and wellness incentives and regular health checks), employees must adhere to a no-smoking or tobacco policy and are subjected to random screening.  Refusal to adhere to standards costs employees their jobs and soon after implementation let go of two high profile physicians.

Can my employer charge me more for Health Insurance because I smoke?

With healthcare costs predicted to rise 7.5% in 2013, companies are seeking out new ways to decrease premiums to maintain benefits for employees.  Some employers are charging higher our-of-pocket insurance premiums for smokers.  Smokers and companies alike are wondering what their rights are.  And, for the most part, these rights are set individually at the state level.

Wal-mart has made one of the most aggressive moves when it comes to penalizing poor health behaviors with surcharges to insurance premiums.  The smoking employee is charged $2,000 more annually than non-smoking peers.  Smoking employees can get a waiver for the surcharge if they enter an approved smoking cessation program, quit smoking or have their doctor attest that quitting smoking would be medically unadvisable or impossible.  Wal-mart isn’t the only big-name company taking this approach as Home Depot, PepsiCo, Safeway, Lowe’s and General Mills have defended decisions to seek higher premiums from its nicotine-positive employees.

Some may argue that tobacco use, the leading preventable cause of death in this country, isn’t the only poor health habit impacting insurance premiums.  And, I personally do not disagree with them.  Healthy eating and regular activity are essential to good health.  Obesity is often pointed at by smokers as a group that should be targeted to lower health care costs versus smokers (unless you are an obese smoker).  The jury is still out on whether obesity will be categorized as a disease, but I don’t think pointing fingers at other unhealthy groups will help tobacco users gain any ground.   Plus, severely obese individuals may be protected under the Americans with Disabilities Act.

In my opening paragraph, I said I wasn’t making a case for or against smoking.  And, I wasn’t, but he fact is smokers don’t really have rights.  As people in this country, we have the right to life, liberty and the pursuit of happiness.  Smoking isn’t mentioned and there are no federal amendments pertaining to smoking.  Because smoking is detrimental to one’s health, is it right that your co-workers have to pay higher insurance premiums so you can smoke?  I personally don’t think so.  If you disagree with me, that’s fine.  And, if you don’t want to be subjected to nicotine testing or constantly be jonesing for a smoke because you work on a smoke-free campus, my suggestion is to exercise your rights to choose who you do and don’t work for.   It’s your right NOT to work for them – so find a different employer.  Or, take some advice and get free support and help from the American Cancer Society.  If you can go 24 hours smoke free, I’m willing to bet you can do anything. 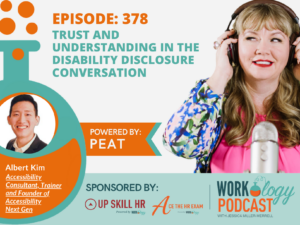