Myth Busting: Job Hopping at Work is for the Young 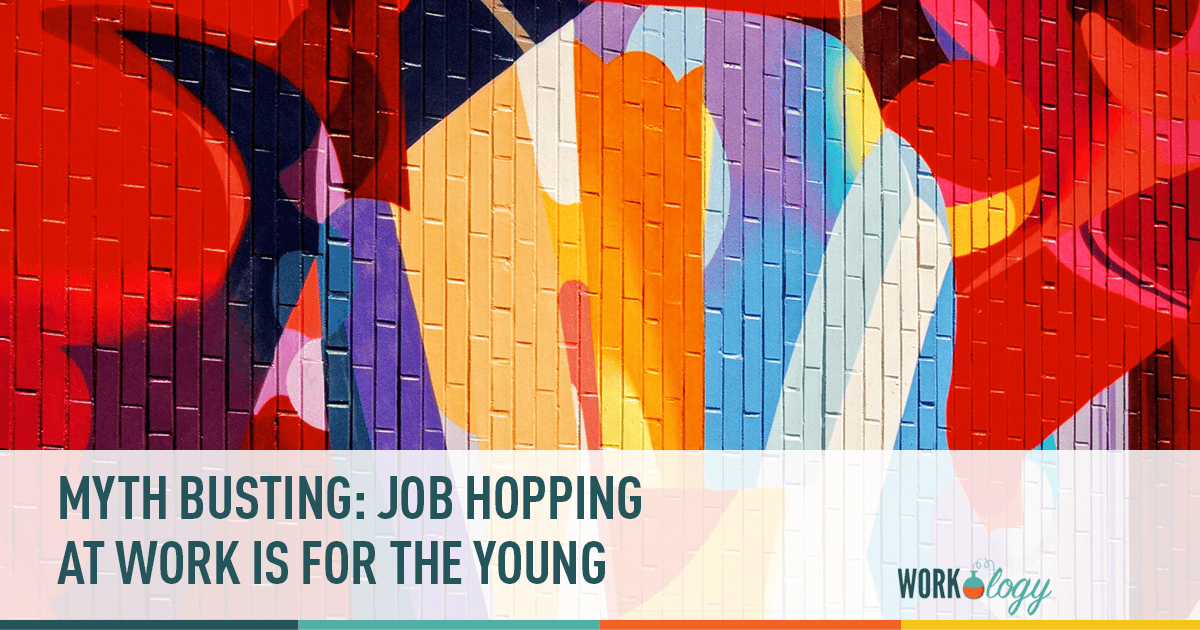 I came across an article in Inc. entitled You Should Plan On Switching Jobs Every Three Years for the Rest of Your Life. Having just written a blog post about reinventing yourself every three to four years I read with interest.

For the most part I think everyone will agree that the stigma of being a “job hopper” is dying and in some industries or jobs is all but gone. However, I think probably some of you still look askance at a resume that has many jobs. You look through the jobs to see if they are progressively better or just a listing of jobs the person could not hold. So in that sense there is still some stigma to “too many” jobs.

The author of the article, Vivian Giang,  got her title from comments that Patty McCord, former chief talent officer for Netflix made. McCord said job hopping is a good thing, and young people should plan to do so every three to four years. Now, it must be noted that McCord was at Netflix for 14 years and has only recently become a job hopper as she entered the consulting field.

Another person quoted by the author is Penelope Trunk, serial entrepreneur and author, who says “life is actually “more stable” with frequent job changes.” Her reasoning is that “in terms of managing your own career, if you don’t change jobs every three years, you don’t develop the skills of getting a job quickly, so then you don’t have any career stability.” This dovetails with what Peter Drucker said about needing to reinvent yourself every three to four years.

It Doesn’t Have to Be Just for the Young

What I like about Drucker’s advice, and to an extent Trunk’s advice versus McCord’s, is that I think it’s applicable to old and young. There is nothing in his argument that says you stop learning at 55. There is nothing in it that says you shouldn’t reinvent yourself at 60. In fact, my contention is that it is more important to reinvent yourself at those ages than it is at 35. Everyone needs to constantly improve themselves. To remain vital, productive, useful, and interested you need to learn new skills and new jobs. This also helps you remain employable.

Job Hopping Doesn’t Have to Be Company Hopping

One of the implications of the term job hopping is that it requires a change of employers. But it doesn’t have to be that way. You can try to change jobs within your company, moving to a role that requires new skills and a new approach. Well, you can reinvent yourself in your current company, IF they’ll let you. That is the rub! Unfortunately management and HR often don’t see the value in allowing an employee to move into something new. They become a road block due to their archaic attitudes about experience.

There is a great deal of instability and uncertainty that goes along with “job hopping.” Yes you may be better at putting together your resume and yes you may be more well versed on the breadth of companies, but currently you are also penalized in trying to get loans to buy a house. Our financial system still values stability.

There are issues to job hopping that everyone needs to consider, but I am all for you reinventing yourself every three to four years, but it doesn’t always require a drastic change.