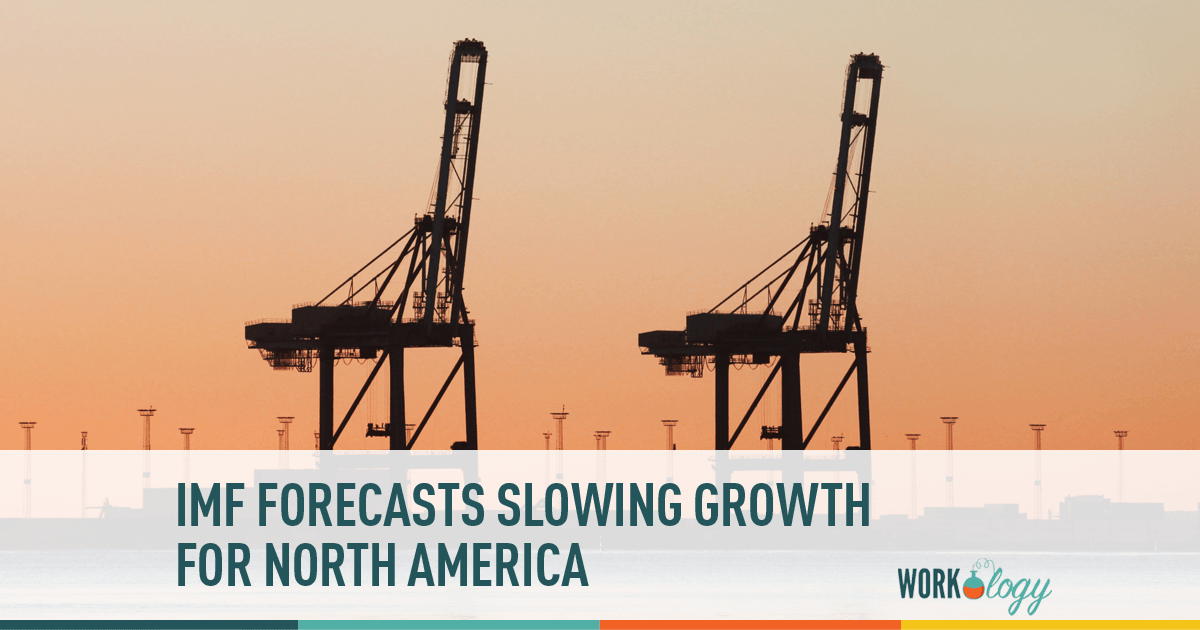 However, the outlook for North America is much worse. Worries about political instability and hostility to globalization in Europe and North America led to the IMF cutting its growth forecast for the US by 0.6%, Canada by 0.2% and Mexico by 0.4% for this year. IMF Chief Economist Maurice Obstfeld cited negative political developments like Brexit in the UK and protectionist economic policies in the US and across Europe as being both sources of slowing growth and IMF’s worry about these economy’s future performance.

Obstfeld’s comments on the role of anti-globalization political movements echo Christine Lagarde’s, which I reported on yesterday. Both Obstfeld and Lagarde point to the growth of anti-globalization sentiments on both the left and the right — from Greek leftist protectionism, to British anti-Europe Brexiters, to Trumpian fear of immigration in the United States — as being “economic malpractice” that can only make a bad situation worse. Growing inequality has fuelled these movements but the polices they pursue will only slow growth even more, says Obstfeld. “In short, growth has been too low for too long, and in many countries its benefits have reached too few — with political repercussions that are likely to depress global growth further.”

Predictions of slow growth will come as no surprise to anyone following the North American job market closely. Month after month of BLS jobs reports have shown growth, hiring and consistently low unemployment (if we put that aberrant May report aside) — but slow growth. And analysts are expecting more of the same from Friday’s September jobs report. Growth, but slow growth. While slow growth is better than no or negative growth, persistent “slowth” has its dangers too. The feeling of stasis it engenders can fuel political tensions both domestic and internationally and it can cause market upsets due to the gap between expectations of high returns and the disappointing reality. But, according to many central bankers, it may just be the new reality we have to adapt to.

You can find the full report here.