How To Improve Your Business Writing Skills 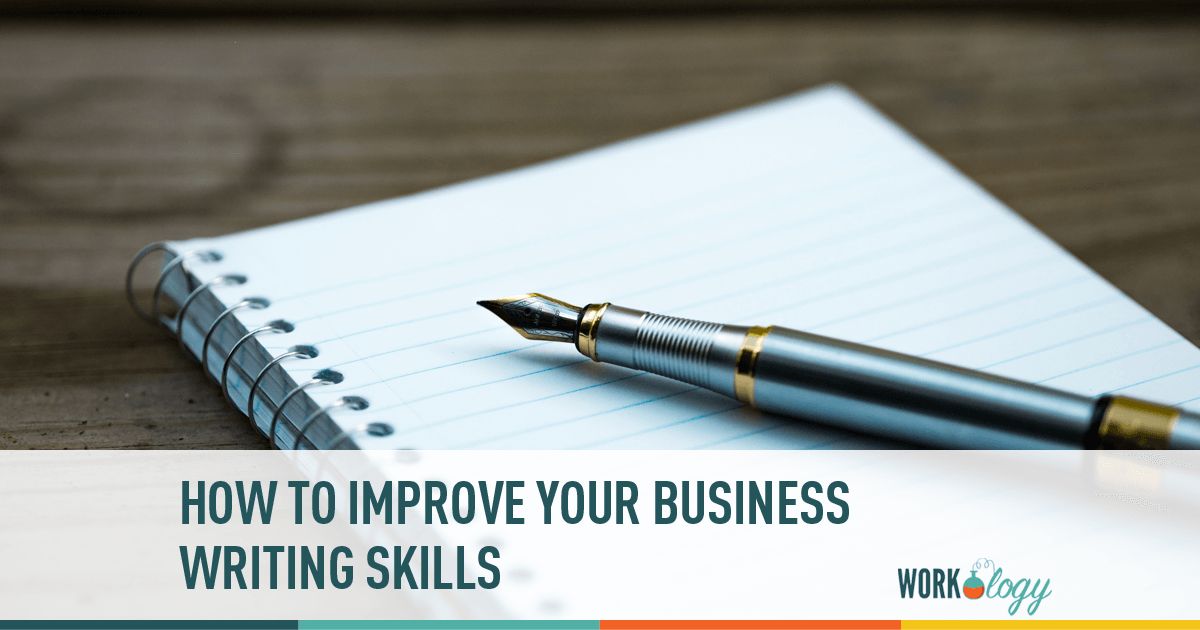 A few weeks ago, I wrote about grammatical errors that can make you look bad to the important people at work who care about such things.  Grammar, punctuation, and spelling are important mostly because people THINK they’re important. They are not intrinsically, practically, or morally important, despite the protestations of your 9th grade English teacher. Prose that gets in the way of meaning or words that add unnecessary heft to your work are the real problems in business writing. Style is a hard nut to crack, but you can internalize just a few simple principles to improve your style.

What is style in business writing?

In the broadest sense, writers use the word “style” to describe the words they use, the way they arrange those words in sentences, and the way they connect those sentences together into paragraphs. In academic writing or journalism, “style” also refers to the accepted methods for citing sources, writing the names of institutions or acronyms, and the like. You have likely heard of the AP Stylebook, which many reporters use. If, like me, you’re not a details person, you may less-than-fondly remember the APA, Chicago, or MLA stylebooks from college classes in which you had to write a lot in a specific style.  For example, I can’t tell you how many times I’ve been asked, “Should I use a comma before the “and” in a list of items?”  This construction is often called the “Oxford comma.”  (e.g.lettuce, tomatoes, and onions)  The answer is: it depends on what style guide you’re using. Some require it. Others don’t. So if you’re not using a particular style guide, do what you like. (P.S. The bossy grammarian in me prefers that you use it.)

Today I’m going to talk about style in the broader sense. I’m not going to worry about italics and the Oxford Comma.

The most important principle to improve your business writing

Before we get into concrete tips, please internalize this principle:

Write with an authentic voice

I suppose this is the grammar nerd’s way of saying, “keep it real.” Working as a writing tutor in college, I read hundreds of undergraduate papers. Many of the bad ones spoke with an inauthentic voice. In other words, instead of communicating his or her message, the author attempted to mimic the style of academic writing. But these students didn’t understand academic writing. So they came across as stilted, using awkward constructions and words they didn’t really understand. Don’t try to sound like something you are not. Focus on the message and write naturally. Read your writing aloud. If it sounds ridiculous read out loud, try again.

Avoid these six pitfalls to improve your business writing

Now that you understand how important the authentic voice is in writing, let’s look at a few common stylistic mistakes, and how you can correct them.

There are two ways you can mess up here. First, you might use a word your readers don’t know, or even worse, you might use a word wrong. Unless you are writing to a very specific audience, avoid difficult words and the specific language of your job. This is especially true when writing to executives. You might be tempted to impress them with your dazzling knowledge, but you’re more likely to annoy them.

Your high school English teacher probably told you to avoid the “passive voice,”  a construction that places the subject of the sentence in the object case. For example, “The bills were paid by an anonymous benefactor.” Who paid the bills? The anonymous benefactor. There’s nothing wrong with this sentence! But you want to avoid using this construction over and over again. Such repetition of the passive voice deadens your prose. And when you do use the passive voice, make sure to include the subject, or the actor. Don’t leave your readers wondering.

In first person narratives, it’s tempting to start every sentence with “I.” It’s fine to write it this way in the first draft, but then go through and change it up. The “I” repetition is tiresome to the reader. This is especially problematic on resumes and self-assessments.

Most style advice tells you to avoid “weak verbs.” This is excellent advice. But I also urge you to avoid weak nouns, adverbs and phrases.

Any verb that does not express action is weak. Weak verbs include, “is,” “are,” “was,” “were” (and all of the “be” verbs, including “there is/are constructions) along with “do,” “has,” and the like.  These words mean nothing on their own. These verbs also lead to nominalization, which is just a fancy term for turning a perfectly good verb into a noun. Don’t write, “He made an analysis of the sample.” Yes, analysis is a fine word, but “He analyzed the sample” is so much better.

Weak nouns also pose problems by making your writing unnecessarily wordy. Don’t use “facility” when you can say, “camp,” or “hotel,” or “park.” You should also avoid meaningless filler words like “actually,” “in fact,” “really,” “very,” and the like.

Business people love these!
“Let’s not boil the ocean”
“At the end of the day”
“Drop the ball”
“Think outside the box”
“Bring our ‘A’ Game”

There’s nothing wrong with these expressions, but they are overused. If everyone says it all the time, try to come up with a different way of saying it. Your co-workers will take you more seriously if you can avoid these chestnuts.

Learning to communicate effectively in the business world goes a long way in dealing with co-workers, superiors, and those you supervise. Communication is a key skill to have if you’re wanting that next big promotion in your office. Take these tips as a way to improve your business writing skills and who knows….you might just land that next big job.