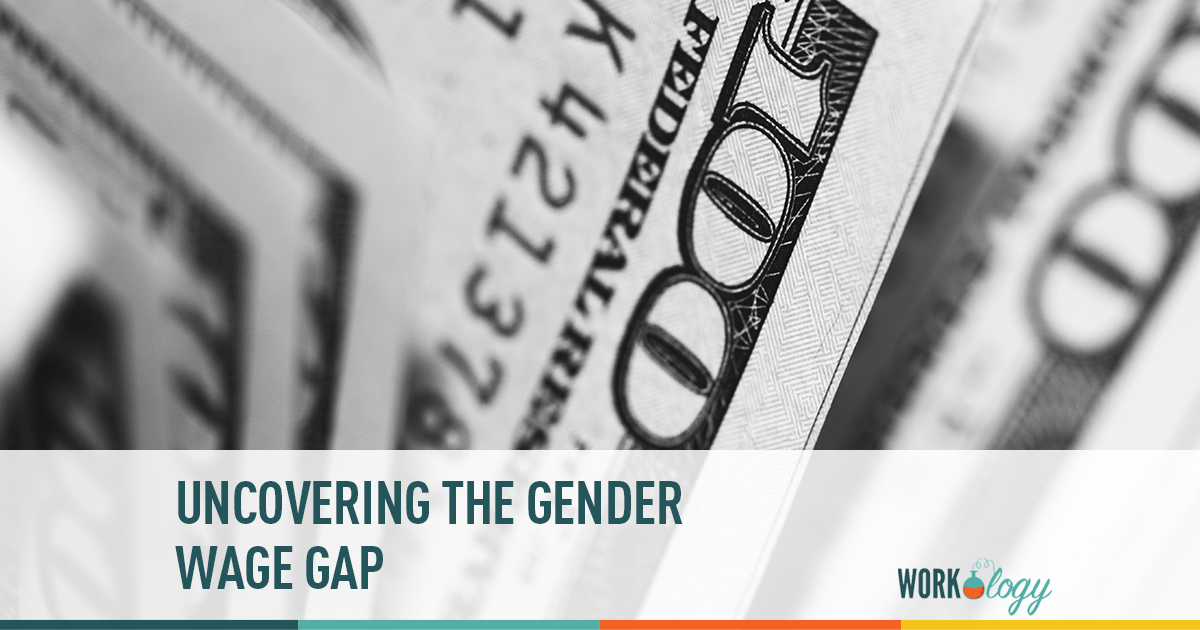 First let me start off by saying I believe the wage gap is real. It exists. The wage gap is an issue according to what I know about being a woman and according to research, which tells us that women are making on average $.78 for every dollar a man makes. Having been involved in my share of salary negotiations and compensation investigations, I can say that none of my investigations were concluded with evidence that a hiring manager was intentionally providing male candidates with more compensation than female ones. However, I have personally encountered wage disparity early on in my own career, and I believe it was because I was a woman.

Having worked in the human resources industry for over 15 years now, I have seen my share of wage disparity. If wage disparity exists at an organization or for an individual it is because one of the following reasons below. Keep in mind that I’m making the assumption that hiring managers and other company representatives are emotionally intelligent and morally upstanding human beings.

I believe that most people want to do good and that includes to compensating their employees justly, honestly and fairly. Compensation on both sides (employer and employee) is complex. That’s because we never talk about how much we make and are encouraged not to discuss our salaries at work. Money conversations make us uncomfortable whether it’s personally, professionally and on behalf of our companies.

Last year, we heard about Erica Baker, who is an ex-Google employee. She developed and distributed a spreadsheet on Google Docs that was used to share employee salaries within Google. Not surprisingly, it uncovered a lot of wage disparity, however, it’s not clear if it was on any disciminationatory factors. The disparity is likely due to one of the five above reasons, but first we need to take a step back and understand more about compensation bands and salaries.

What are Salary Pay Bands?

Most companies use salary pay bands and have compensation programs that are standardized. Each position or job within your company is assigned to a salary pay band and has an associated salary range. Pay bands include more than one position. A Senior Customer Service Manager might be in the same pay band as a Junior Accountant. There is typically a salary minimum, a salary mid and salary maximum where managers are allowed to use their own best judgement so long as their new hire or current employees stays within the band.

Often times companies provide charts for hiring managers to be consistent in their new employees starting salary.  For example, at a past employer, my hiring managers knew they could provide candidates an offer of an additional $1.50 an hour if they had 5 years of experience.

The salary band is designed to maintain salary integrity and consistency among new hires. Unfortunately, compensation isn’t always so simple. Markets often change more quickly than do salary bands. Markets like Silicon Valley’s move so quickly companies are willing to increase compensation regularly — because the market changes so drastically. I believe that company compensation bands, markets and levels should be evaluated every 12-36 months.

Unfortunately, it’s when companies don’t have a structured compensation program that problems begin to arise. Pay disparity exists in small to medium sized business including high tech and high growth startups like Google where there is no compensation process, standard or program. Add in the crazy job and housing market within the San Francisco Bay and Silicon Valley area and you have the perfect storm for pay disparity.

The other reason pay disparity exists outside of economics and a lack of a compensation plan is unconscious bias. This means that managers or leaders don’t realize their compensation decisions are happening a certain way. Companies need to be conducting an annual compensation audit that looks at compensation across the board in aggregate and across protected classes.

But What About Women and the Wage Gap

The wage gap happens when these checks and balances don’t work; when one of the five problems I mentioned at the beginning of the article happens consistently and over time. Keep in mind that when women first entered the workforce in large numbers, there was no compensation plan or salary bands to establish these checks and balances. Women were happy to work and no employment laws existed to ensure that salaries were consistent between men and women.

The best way employers can impact the wage gap is by doing the following:

The best way individuals can impact the wage gap is by doing the following:

I mentioned that I encountered pay disparity as a woman early on in my career. My boss met with me to laterally promote me to the position of trainer because I was a woman without children and could travel. I later learned this was one of the reasons I was hired, in contrast to my counterpart who was a woman with children. I politely turned down the trainer role as it wasn’t part of my career plan. What he didn’t know was that my husband and I were trying to get pregnant, and I didn’t feel the need to share. It doesn’t matter what the reason what truly. I didn’t want to be a trainer, and shouldn’t be moved to the position because I am an adult without children. Maybe my counterpart wanted to role more than me.

Instead of addressing it with my employer, I began the search for a new job opportunity that better suited my career aspirations and needs.

Through conservation, education and transparency we can change the wage gap and ensure that women and other protected classes are compensated fairly.