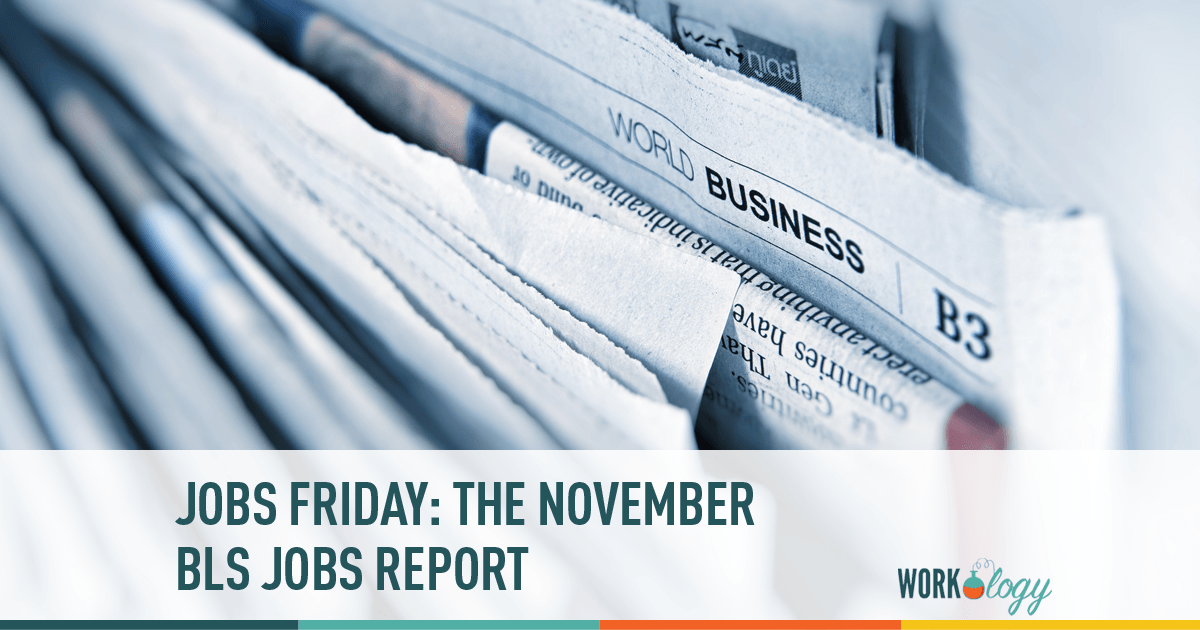 Nonfarm payroll increased by 271,000 in October and the unemployment rate is at a 7-year low of 5%. That’s great news! But I don’t know about you, but I like some good charts with my data. The BLS Jobs Report is long and not exactly the most exciting read, in and of itself. Today I praise anyone breaking it down into charts and key pieces of quickly digestible data. But here are some reads I’ve found useful so far:

The October Jobs Report in 12 Charts

Charts! 12 of them! There’s more than charts in this Wall Street Journal breakdown, of course. There’s also analysis, most of which is justifiably positive. The number of workers forced into part time employment continues to decline, and for the first time since 2008 has fallen below 10%.

5 Things You Need to Know About the Jobs Report

Observer is feeling pretty good about the jobs report and the US economy, predicting that we’ll soon see an increase in consumer spending. That’s thanks to rising nonfarm payroll employment and average per hour wages, combined with low inflation. That means that the wage gains are real, not inflationary.

Probably not a statistic you’ll hear much about on the news, but veterans unemployment is declining sharply. “Unemployment among all veterans reached a seven-year low last month, and the jobless rate among Iraq and Afghanistan-era veterans set a new record low in October.”

The coming rate hike. Business news is breathlessly reciting the case for and against the expected December rate hike. Well, this jobs report makes it just that more likely. Reuters breaks down the case for the hike, and also takes the time to pull some key statistics out from the report. Like wages:

“Last month’s rise in wages, which have been almost stagnant despite a tightening labor market, lifted the year-on-year reading to 2.5 percent. That was the biggest increase since July 2009 and could give the Fed confidence that inflation will gradually move towards its 2 percent target.”

All this positivity aside, just last month we were wringing our hands over October’s disappointing jobs report. So let’s not get ahead of ourselves. Prepare for but don’t panic over this long-coming rate hike. Be reassured by wage and employment increases, but don’t get comfortable. We don’t yet know what November has in store for us, but as Benjamin Disraeli advised, let’s hope for the best and prepare for the worst.