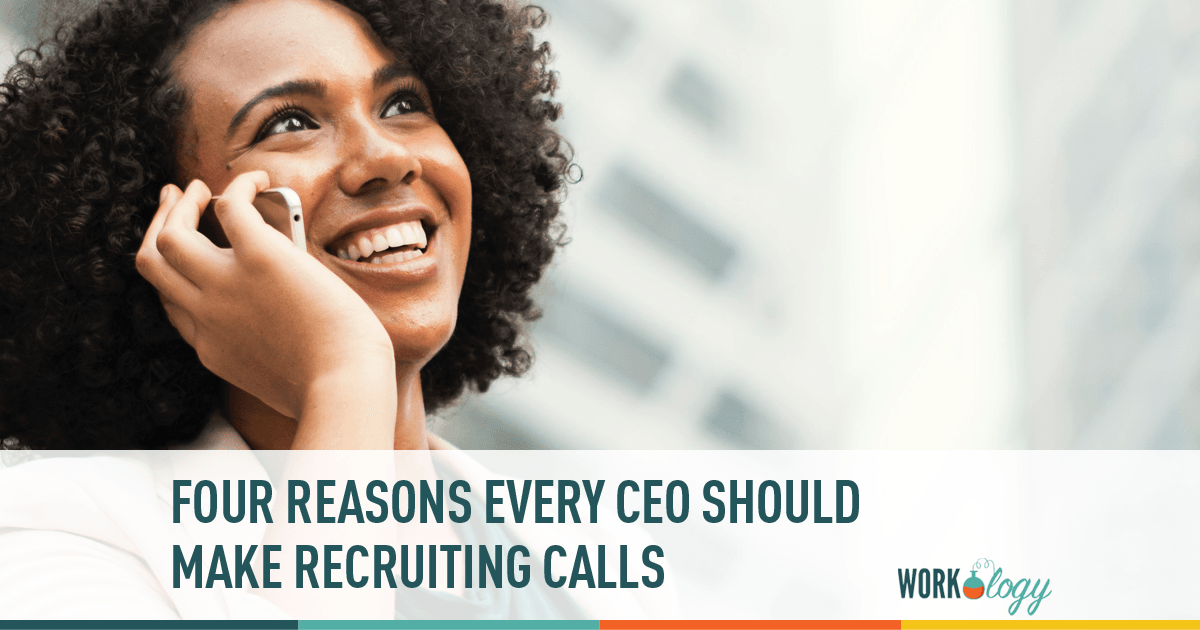 Last year our company was searching for an executive to fill an important role and I scheduled some time to visit with a candidate. At the end of our conversation I asked him if he had any other questions. First he told me even though he had interviewed with multiple companies, until our conversation he hadn’t spoken with anyone above the VP level.

Then he asked how a person in my role could afford to interview people like him. My response was simple and immediate. I told him if he could potentially represent us to our clients, or have his hands on our source code or our financials, there’s probably not another 30-minute conversation I would have that day that would be more important than the one I was having with him.

There are four reasons I believe every CEO and every other “suite-level” business leader should set aside time on a regular basis to interview candidates for important positions.

Who can tell the company story better than you? Which one of your talent competitors will take the time to meet candidates for their critical openings? The difference between your company and the others could be the 30 minutes you block out one morning for coffee or a quick chat on the phone.

With the wrong hire costing your company tens of thousands of dollars and blue sky potential for the right hire, there are few time blocks that can compete with courting candidates for key positions.

The recruiters who work for you will add your unique accessibility to their pitch and those stories will become a natural element in your company’s employer brand. Candidates will consider it a plus as they compare your opportunity to others.

2. You’ll Remember How to Ask Questions

Nothing is harder than asking an expert questions about their work experience when you have little if any expertise in their field.

But, if you ask people what they’ve worked on, why they enjoyed it and what they accomplished, they will tell you their story. And, anyone from a CEO to a first year intern, who wants to put forth the effort, can ask detailed questions and listen with intention.

When someone describes a project, ask what tool they used. If they’ve really done the work they’ll describe their favorite tool, then you can ask them about other tools they’ve tried. If you keep asking follow-on questions, it’s pretty easy to tell if they’re authentic or just making stuff up.

Ask them if they contributed to a team or did solo work. Ask them if they’ve done the same thing in other places. When they give you details, listen for opportunities to ask deeper questions.

You’ll uncover the fakes as quickly as you’ll uncover genuine talent, but more importantly you can focus on culture fit and attitude and confidently schedule a call with a technical expert, knowing you won’t waste anyone’s time.

This is also a great way to stay up-to-date on the latest technologies and methodologies important to your company while practicing your listening skills.

I once spent twenty minutes with a candidate listening to him describe his company’s lack of succession planning in incredible detail. He convinced me if he left his job the company would experience a serious business outage.

He was his employer’s sole software developer and responsible for the maintenance of an application critical to the company’s ability to operate. The scenarios he described made me hope he would speak to his boss about his unhappiness so they might hopefully understand their substantial risk and do something about it.

When I hung up the phone I made a list of questions to ask our management team and I vowed to never let a lack of succession planning cripple a business on my watch.

4. You’ll Rediscover Your Own Culture

And, everyone has his or her own particular motivations. I recently spoke to a sharp young engineer who moved from India to New Jersey several years ago and was in the process of moving his parents from India to live with him.

He did his research and liked what he read about the cost of living and startup climate in OKC. And – get this – he had learned the weather in OKC and Dallas are closer to what his parents have experienced and he knew they would hate the New Jersey winters.

So, he was leaning toward Dallas until he spoke with a friend who convinced him the Dallas traffic reminded him too much of the congestion back home! He was determined to move his family to OKC and was very motivated to interview with our company.

Never let anyone tell you there’s no one available for a particular role in your company. Get on the phone and talk to people yourself. Listen to people tell their stories and align their motivation and passion with your own.