Pinning Power: How to Recruit & Build Your Brand on Pinterest 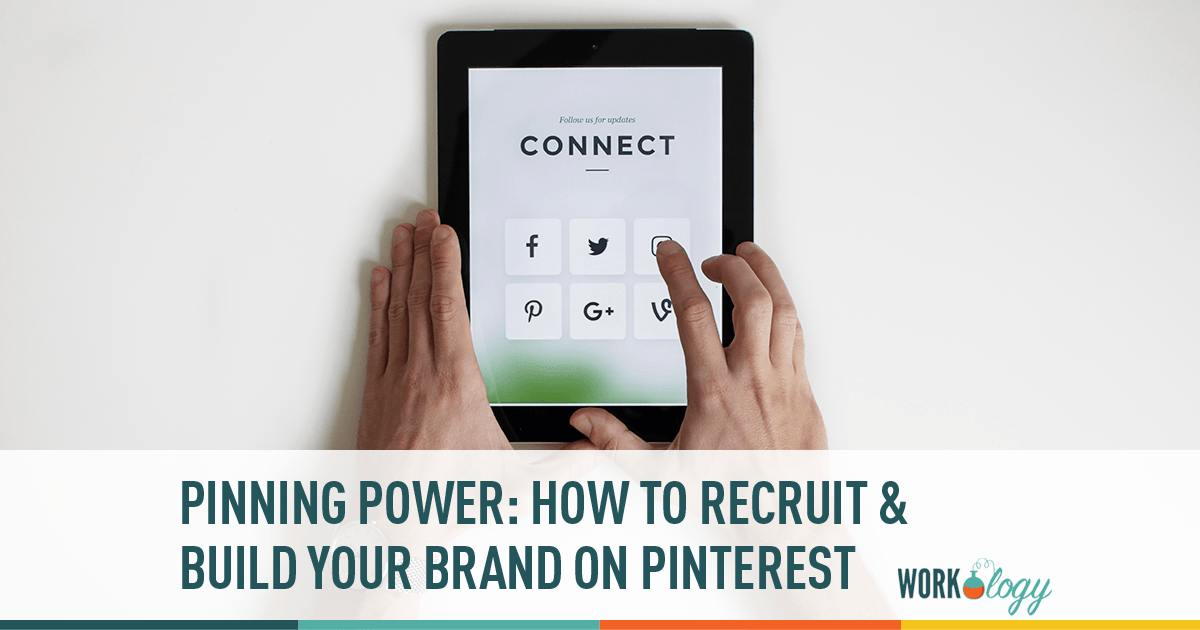 The average user is spending more than an hour and a half scrolling and pinning pictures, following virtual boards and collecting images of products, ideas and inspiration they love.  Pinterest is dominating the market when it comes to engaging 25 – 44 year old, college-educated Midwestern women.  And, when it comes to Erecruiting, this social network is one that smart recruiters are resourcing to build awareness and target candidates.

With Pinterest and most social networking sites, female users outnumber males.  However, what is notable is the dominance of female presence on Pinterest with some statistics showing as many as 97% of Pinterest users being women. Pinterest users of both sexes can appreciate the magazine-like and simple navigation.

Pinterest.com is growing rapidly since its 2010 launch and stands at 12 million unique visitors as of January 2012 via ComScore.  New users can sign up in a matter of seconds with a Twitter or Facebook account and starting pinning like a pro.   It is driving conversations on and off social media platforms, and because it is the fastest growing social network, and it has recruiters saying, “Think Social.”

Pinterest is focused more on just thinking social having released their mobile apps on multiple platforms in August of this year.  Like Facebook, many of their users will be pinning, winning, and sharing using their mobile device making this an even more important reason for companies to grow their employer brand awareness mobile and in real time.

Effective Pinterest internet recruiting is causing recruiters to rethink traditional approaches to match both the nature and intent of the website. Because of the targeted demographic user makeup, marketers and recruiters alike have been trying to find a foothold in the social network, but it has unique challenges and limitations.  For one, Pinterest like Facebook lacks user searchability.  The platform does offer keyword and topic search, but it lies the responsibly of a user to tag and pin its pictures appropriately.  This obstacle has been frustrating for users, similar to the hash tag in Twitter.

Since the social network is frequented predominantly by women, it can also serve as a diverse candidate source making companies who are government contractors and are required to complete an Affirmative Action Plan happy.

Pinterest and its rise in popularity gives more possibility in recruitment not only for its use and benefits as a social recruiting tool but other photo based social networks like Instagram.  Like any new social network, there will be successes as well as failures but for sourcing enthusiasts a new internet recruiting and engagement tool offers a new and untapped potential candidate pipeline at little or no cost.  Except for your time that is.

Take a look at my employer branding board on Pinterest to learn more about how companies are using Pinterest to engage job seekers and promote their opportunities online.