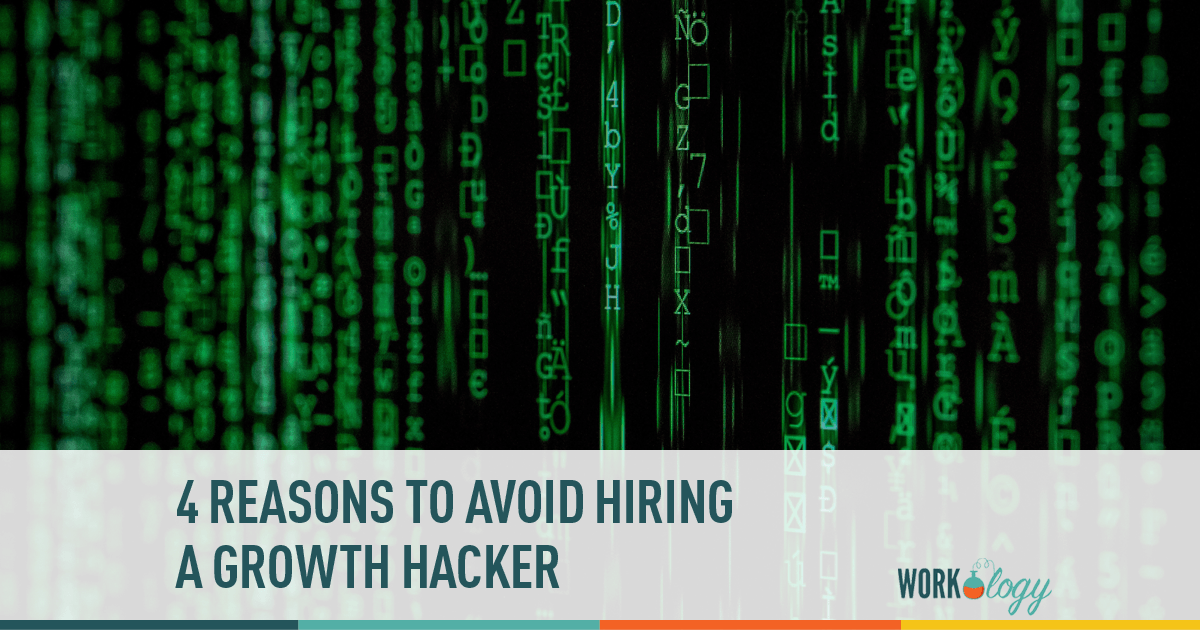 Consider, if you will, an ethical software company, vowing to never be evil and to raise shares to a confident $50 stock price. Things are going according to plan until  one eager HR manager decides to post a opening for a “Growth Hacker”…

1. They Don’t Get Business Development, Only World Domination

Growth Hacking can be one of two things:

They’re an astounding code breaking genius, who at the age of 11 broke the Pentagon code and as 21 is now incrementally stealing from the world banks

They’re a bio-engineering mad scientist who is trying to code his monster into the perfect being.

Too often, an HR manager posts for the former but gets the latter. And while both could potentially help your company, ethically speaking you want someone who’s going to be less maniacal when it comes to B2B. Plus that goop in the break room fridge started talking yesterday and you’ve mysteriously had a $2B donation from Panama.

Maybe you should have been less euphemistic in that job posting…

2. They Never Leave & You Never See Them

Growth Hackers never want to hang out during the office happy hour and they never want to know more about your goals. They just want to use company funds to build a lair which has some form of ectoplasm in it. Though lairs are undeniably cool, Dr. RXDM and company have no routine and are never polite company.

They never show up to meetings. They never leave their lair. They never even gave Brittany a high five during her “I beat cancer party.” For company culture’s sake! It’s getting hard to figure out why they wanted to work for you in the first place. They are loners, which would be fine, except they continuously work on projects you never even signed off on.

You want to know what they’re up to, but they always dodge the question, and frankly, it’s getting hard to hide the tail from your husband.

3. Their Outlook on Business is Bleak

As in life, they don’t see the point in being ethical. While anyone else would want to grow together and work towards a common goal, all they want to do is be better than you. They don’t have the same interest in the company as you do, and usually try to take over whatever they can for their own goals.

They aren’t a team player and would rather would an army of clones they can mind control, than help with year end reports. They normally define themselves as Nihilist, Fascist, or in some cases, Satanic and while inclusion and tolerance are key to top-performaning teams, their doctrines just don’t seem to have the right cultural fit (especially concerning the use of human lab subjects. Which, to be honest, is inexplicable, because — we make software!).

4. They Will Always Have a Fatal Flaw

Like any employee, mistakes are bound to happen. But with Growth Hackers, 9 times out of 10 they will cause some sort of international calamity which can be a huge insurance problem on your end. Growth Hackers have the potential to shut down the financial markets worldwide, or to release an mutant alien inter-dimensional species into the world, attracted to blood that feasts on this universes’ energy. They’re unpredictable like that.

Either way, you don’t want to be responsible for it.

The point is, as much as a growth hacker sounds like a killer addition to the team, they are some of the riskiest, most dangerous hires. As fun as lairs, labs and bio-engineered minions sound, you can’t build an honest and consumer friendly company that way. (Unless the end goal is total and utter world domination, in which case, great hire!)

So next time you’re writing up a job description, be clear about what you want!

I thrive on social media and I believe industry should too. I engage businesses on a professional and personal level to help them gain the advantage that social media and the correct branding strategies can give even the smallest of ventures. It was my opportunity in starting my own company that gave me the freedom to experiment and succeed in several campaigns for clients. I am looking for the next challenge in my journey with to really push the limits of contemporary marketing strategies and advertising designs, to help their brand stand out and stand up in the market place.