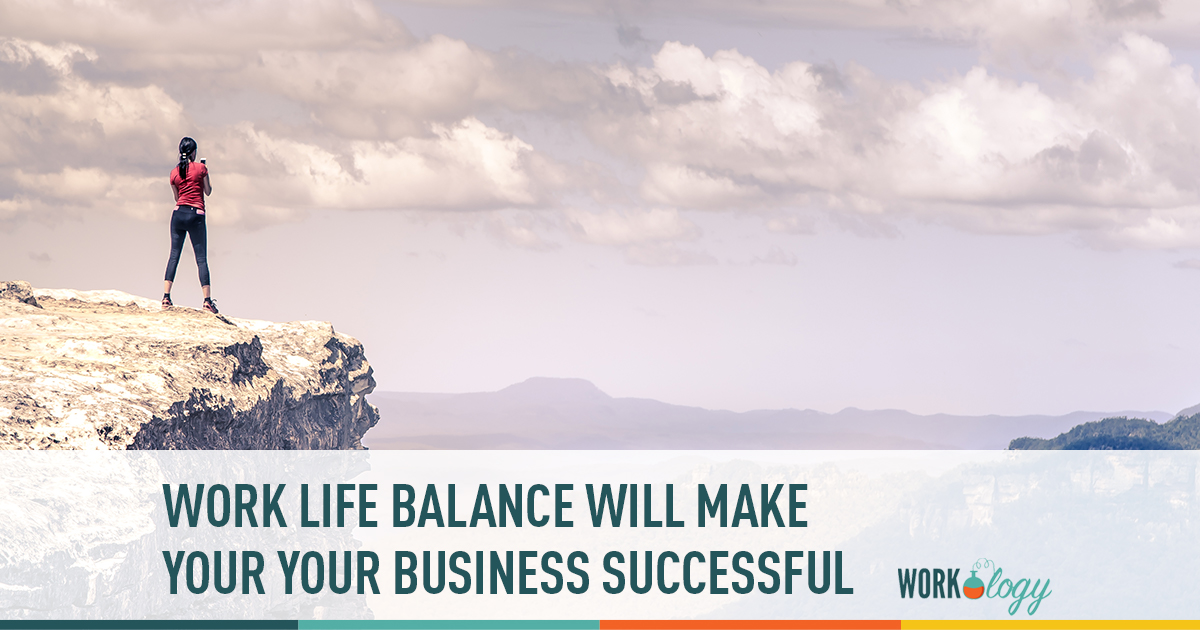 Work life balance is the most sought after abstraction in the business world. Everyone’s constantly looking for ways to stabilise their work/play routine so that it’s not just a lucky day when you get to leave the office on time, but everyday. In my view, it’s up to the business leaders to prioritise work life balance, to make it part of their daily routine, and to not just encourage it amongst their employees, but enforce it. That means shorter working hours, fewer working days, longer lunches and flexibility. Here’s why offering a better work life balance will make your employees happier and your business more successful:

A happier employee is a more productive employee

Pret a Manger has long been attributing its success to the happiness of its employees. They even give incentives to be more cheerful: the staff are given a bonus – paid to everyone in their branch – if a weekly secret shopper spots positive and happy staff behind the counter. The brand’s chief executive, Clive Schlee, claimed to the Telegraph a couple of years ago that he “can almost predict sales on body language alone.” There are statistics to back it up too: Professor Andrew Oswald, at the University of Warwick, published major findings in 2014 that revealed happy people were 12% more productive that “normal” people.

But more than money, it’s about the working environment and company expectations. I don’t suppose many people would be willing to get paid less for less working hours, but I bet most companies would be willing to fork out the same salaries for the higher productivity, which they can almost certainly guarantee if employees are less exhausted and bored. With shorter office hours, people get to leave work with enough energy to enjoy spending time with their families, to exercise, to learn and most importantly, to relax.

A couple of years ago, Filimundus, an app developer based in Stockholm, introduced the six-hour working day with minimal meetings, social media banned and distractions eliminated. Linus Feldt, the CEO of Filimundus commented to Fast Company: “Some people would argue that it is a costly measure for the company, but that is based on a conventional conception that people are effective 100% of an eight-hour day.” Think about it like this: if you’re paying your employees to procrastinate you may as well send them home as it’s doing nothing for your productivity or their morale. Surely, that’s a call to rethink traditional working structures.

Wellbeing also plays a big part in happiness and productivity. A frightening recent study published in Science Alert reported that individuals working 55 hours or more per week had a 33 percent greater risk of stroke and a 13 percent increased risk of developing coronary heart disease. In some cases, that might be due to an under-active heart from lack of exercise, but it is just as dangerous to burn out under high levels of stress.

Companies promote wellness programmes based on the idea that your health affects your work, but ignore the fact that the reverse can also be true. It shouldn’t be about packing as much into your day as possible so that you pass out as soon as you hit your pillow, but about using your time to unwind and do the things you love. A business leader can positively influence a work force by leaving the office on time at the end of the day, by not sending “urgent” emails after working hours and by actually taking their lunch breaks to go for a walk or exercise. Take it one step further and offer your employees free gym memberships or if you have the space, lunch time yoga classes in the meeting rooms. They’ll benefit from the hit of endorphins and also be able to return to their work with renewed enthusiasm and a clear head.

It will foster a strong company culture, that’s attractive to new recruits

A strong sense of togetherness in a professional team is vital to a company’s success and that’s something that has to be encouraged by a passionate, visionary leader and through a positive working atmosphere, an atmosphere which allows employees to express themselves individually and understand the impact of their work on the larger vision, rather than just being another cog in the machine. At a recent monthly work social, one of my PAs came up to me and said ‘Do you know how lucky your clients have it?’ When I asked her why, she said ‘ I only get paid for every second I’m working. When I get up and go to the toilet or get a cup of coffee I press pause on my timer. I used to get paid for all of that time.’ Surprisingly, it was said without any resentment. In fact, almost all of my employees at AVirtual seem to be happy about their productivity, feeling satisfied with the work they achieve in their recorded working hours. They work when they want to and get paid for what they do, saving them boredom and my clients money.

A study by the Society for Human Resource Management (SHRM) found that 89 percent of HR professionals reported an increase in employee retention simply by launching the implementation of flexible work arrangements. Suggesting that what most employees crave, perhaps even above inflated salaries, is freedom. People want to have control of their lives and to have the opportunity to realise their full potential both inside and outside of the office. Ultimately, is about promoting a better quality of life that’s values happiness as much as profits.

Richard Walton is the Founder of AVirtual a company that provides a virtual assistant to small business, entrepreneurs and start-ups. He is regularly featured in the press talking about topics such as work life balance and productivity.