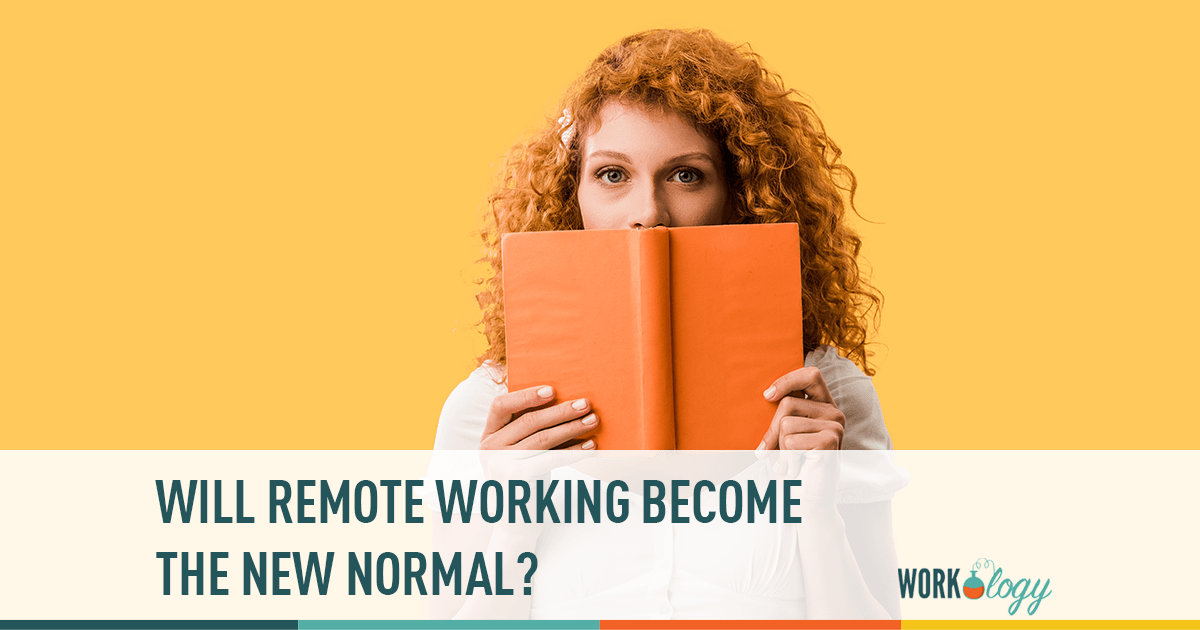 At its core, the coronavirus pandemic is a distinctly human crisis, and one that has caused more than 35 million cases and a little over one million deaths.

However, it would be naive to underestimate the financial and socio-economic impact of Covid-19, which has been visually presented here by Best Casino Sites.

This has also changed the labour market beyond all recognition, with remote working having become increasingly commonplace since March. But will this trend continue into the future, and does it represent the number normal in the workplace?

The Facts About Remote Working During Coronavirus

There are plenty of statistics which highlight the rise of remote working in the UK, some of which hint at the fact that this trend could remain in place for the foreseeable future.

Let’s start with the basics; with one study discovering that the Covid-19 pandemic had reshaped the leading technological priorities for 95% of businesses.

Not only this; but 75% of executives agreed that they regard digital transformation as becoming increasingly urgent in the light of the pandemic, while a further 65% confirmed that they would increase investment levels in this discipline going forward.

This translated into a peak number of 49% of workers operating remotely from home at some point in the week ending June 14th, although this number will have varied during the second and third quarters.

From the employee perspective, 98% of people revealed that they would like the option to work remotely for the rest of their career, although 64% of respondents caveated that this may depend on the right resources and support being in place.

The good news is that most companies seem to be on-board with this idea, with surveyed businesses expecting approximately 40% of their employees to adopt a remote working model in the future.

This indicates that firms are willing to adapt to the so-called “new normal” in the short-term at least, particularly as the threat and potential impact of coronavirus remains omni-present.

Will the Economic Impact of Coronavirus Influence Remote Working in the UK?

We’ve already touched on the potential economic impact of coronavirus, with some experts estimating that the pandemic could cost the global economy an estimated $20 trillion.

This is in stark contrast with the economic forecasts prior to 2020, during which time most economists predicted a year of steady if not exponential growth. Of course, it was suggested that the global economy could enter a small period of recession this year, although major economies such as Germany, Italy and Japan were thought to be ideally equipped to cope with small-scale shocks if they occurred.

However, the eventual size of the economic hit has been seismic, with the UK’s GDP falling by a record 20.4% in April alone amid a peak in infection rates and national lockdown measures.

By the end of Q2 this year, the UK’s public debt had exceeded 100% of GDP for the first time in more than 50 years, which in turn highlighted the incredible levels of borrowing that had been required to stave off the worst initial economic impacts.

In the UK’s case, the government’s furlough scheme has been at the heart of its mounting debt levels. Designed to sustain companies by enabling them to fulfil their employees’ wages, this is now being scaled down and is set to be withdrawn by the end of October.

However, this decision could trigger the loss of an estimated 1.2 million jobs by the end of 2020, forcing companies to face a significant period of further disruption in the near-term.

Interestingly, the companies that survive the cessation of the furlough scheme (and the ongoing uncertainty created by Covid-19) may well be forced to alter and streamline their business models, with a particular focus on minimising staffing levels and capping employee costs.

One way in which businesses may respond to this is by reducing the number of permanent staff working within the business, as this immediately cuts long-term costs and creates a far more agile model.

In order to simultaneously optimise productivity, however, firms may also look to increase their remote worker base on the basis of specific projects. This will automatically sustain remote working in the UK and make it a central focus of the future labour market.

Similarly, switching to a primarily remote workforce could help to reduce overheads and the cost of maintaining a commercial office, making the concept of working for home increasingly commonplace nationwide.

Of course, these trends won’t be sustained indefinitely, so the concept of a labour market that’s dominated by remote working may not be as viable in the longer-term.

The Challenges of Remote Working

This brings us onto the challenges posed by remote working, particularly from the perspective of employers

There’s certainly some resistance to the idea of long-term remote working within some businesses, with this best embodied by the attitude of the public sector.

According to a recent poll of 85 public sector bodies (including 54 central government organisations), the take-up of home working varies wildly, with some reporting that as few as 1% of employees were encouraged to take this option.

While this increased to 13% for some organizations, this remains relatively low and highlights a fundamental reluctance or promote remote working across the board.

This reflects some of the leading concerns amongst business-owners and the managers of remote teams, many of which revolve around productivity.

According to different surveys, 82% of employers are concerned about reduced employee focus amongst remote workers, while 75% are worried about diminished team cohesiveness.

82% are worried about productivity directly, while a further 70% are concerned that their existing company culture may be undermined by an increase in remote working.

Can Employers Overcome These Challenges?

Ultimately, if remote working is to become the new normal and the future of the labour market, employers will have to discover ways of overcoming these challenges.

The fact remains that remote working can benefit both employee and employer, so the latter must take practical steps to ensure that they make this eventuality work for them.

This includes identifying and hiring the right personality type, particularly in terms of an employee’s outlook. More specifically, remote workers should be resilient and mentally strong, in order to cope with the solitude that can follow when spending long periods at home alone.

Productive remote workers should also be motivated and able to work independently, while also boasting the type of mindset that enables them to avoid the distractions that are prevalent in the home.

In this respect, introvert character types may suit the demands of working from home more effectively, as they’re able to draw confidence from within rather than those around them.

Businesses should also focus on investing in the right technology, and while this is something that many firms have suggested that they’re open to (as we touched on earlier), they’ll have to commit the right amount of cash to create an effective remote working model.

This will also require ongoing and adequate technology support, which is both accessible and capable of minimising downtime for those working from home.

Ultimately, remote working represents a huge culture shift for firms, so encouraging companies to promote this on a long-term basis may be a little fanciful. However, overcoming the challenges associated with remote working may alter the landscape, particularly if costs can be reduced successfully.