Why Was the May Jobs Report So Bad? Job Postings Went Down 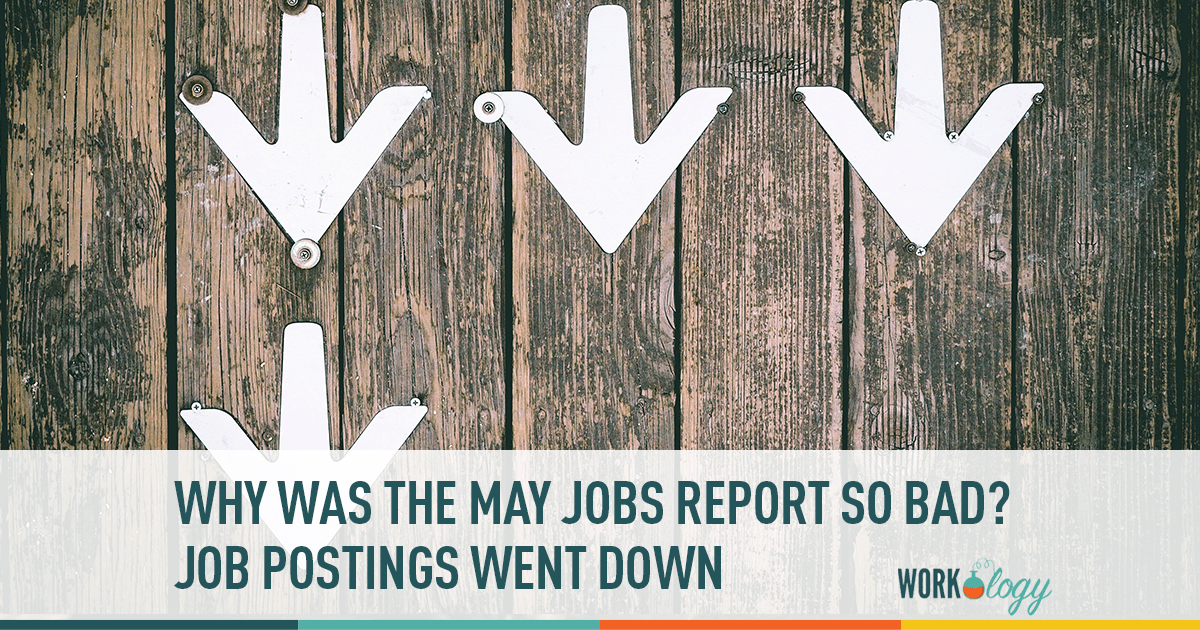 Why Was the May Jobs Report So Bad? Job Postings Went Down

Yesterday the Bureau of Labour Statistics released the Job Openings and Labor Turnover Survey (JOLTS) for May and the news shouldn’t come as a surprise: job openings declined sharply to 5.5 million in May.

The initial BLS Jobs Report for May, released in June, reported that the American economy gained only 38,000 new jobs in May. Last week, along with releasing much a stronger June Jobs Report, the BLS also downgraded the May report. While the so far unadjusted numbers for June include 287,000 jobs added to the economy. the May numbers sunk down to 11,000.

The latest from the BLS gives a few more pieces to the May Jobs Report puzzle.

As you can see, periods of flat hiring aren’t uncommon or necessarily unhealthy for the economy. Even flat or slow overall job growth isn’t necessarily bad. But since the post-recession recovery began, the monthly BLS report has been interpreted as a crucial sign of how the US economy is faring, and May’s reports stoked fears of recession — and it did it so well (with the help of an unsteady post-Brexist market, shrinking profits, tighter credit and slowing auto sales) that even June’s jobs report didn’t quell those fears.

Slowing job growth could be a sign of recession — or it could be a sign of declining slack in the labour market and an economy getting closer to full employment. I’m not convinced that either of those things is happening. There are plenty of indicators that low skill, high school educated Americans continue to be underemployed and undercut by credentialism that’s pushed them out of well-paying jobs, and into part time and casual work. Too, the signs pointing to recession are decidedly mixed, and I’d caution against interpreting slower growth rates as portents of the sky being scheduled to fall. Right now, the picture is too murky.

So while the JOLTS doesn’t give us all the answers, it can tell us this much: a big part of why the economy added so few jobs in May was simply that employers were posting far fewer jobs. Now, if we can figure out why job openings went down so much in May — not April, not June and so far signs point to not July — we’ll have a better understanding of what’s really going on in the job market. Keep a close eye on the earnings reports that are coming out this week for hints about just that.