Why Is the Unemployment Rate for People With Disabilities So High? 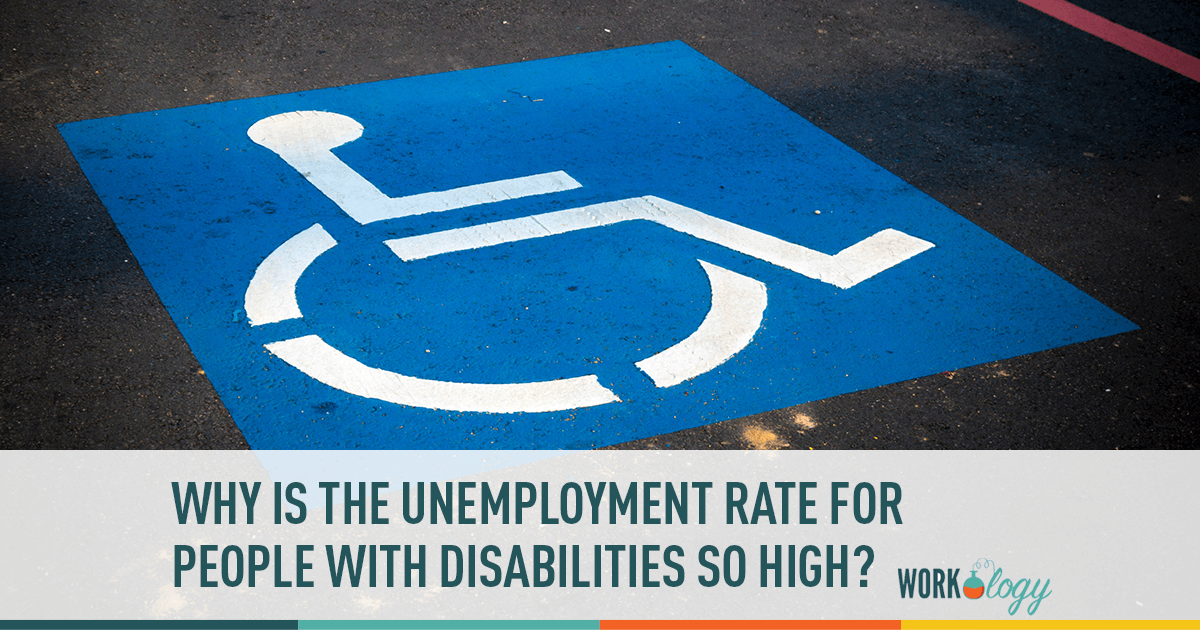 We have legislation against employment discrimination and watchdogs empowered to investigate and enforce. We have toolkits and courses designed to help managers and HR pros eliminate discrimination from the hiring process. So why is the unemployment rate for people with disabilities still so high?

PBS’ News Hour recently investigated the situation, looking at new employment discrimination research and interviewing job seekers with disabilities. Economist Doug Kruse, interviewed in the segment, recently headed a study on employment discrimination, sending out 6000 resumes and looking at the response rate for resumes and cover letters that state the job seeker has a disability and those that didn’t. Candidates with disabilities received 26% fewer callbacks.

The simple truth is that disability accommodations aren’t all that costly and that employing people with disabilities is good for your company and your bottom line. Diversifying your workforce improves your company culture, discouraging bigots and bullies and allowing new voices with new ideas to be heard. Diverse teams are more innovative, because they bring different experiences, skills, and ways of thinking to the table. Hell, there are even tax benefits that make hiring people with disabilities a clear win, and fines that make discriminating against them a clear loss. The benefits, both to culture and finances, outweigh the simple material costs of adding ramps or changing schedules.

But I don’t think we should only think about diversity and inclusion in terms of profit and loss. That can be profoundly dehumanizing for candidates, employees, and even your managers. It’s also not tremendously effective, since we make decisions as much based on emotion as we do on logic. Even when we think we’re making unbiased, rational decisions, we’re not – our brains just don’t work that way. As important as it is to make the business case for every business decision, our candidates, employees and managers – our human resources – are more worth more than can be summed up in a cost/benefit analysis, and our lingering prejudices are not easily defeated by reports.

PBS interviewed leaders at accounting firm EY, who are working to dramatically increase the number of people on the autism spectrum. While executives could cite logical reasons for the program – the unique skills that neurodiverse people brought to the team and the boost they provide to the company’s bottom line – their respect for their employees and belief in the program was also clear. They believe in their hiring plan and they value the contributions of all their employees. They have taken the time to do diversity training, not so they can check off that box, so that they can be better managers of people with disabilities. They bought in, understanding the problem, working to root out bias in their company culture, and diversifying their workforce.

The real secret to improving the employment rate for people with disabilities is that people in power need to care about the problem, confront their own biases, and then act. Have you made a plan to diversify your workforce? If not, ask yourself why that is.