How Hiring People With Disabilities Can Help Your Bottom Line 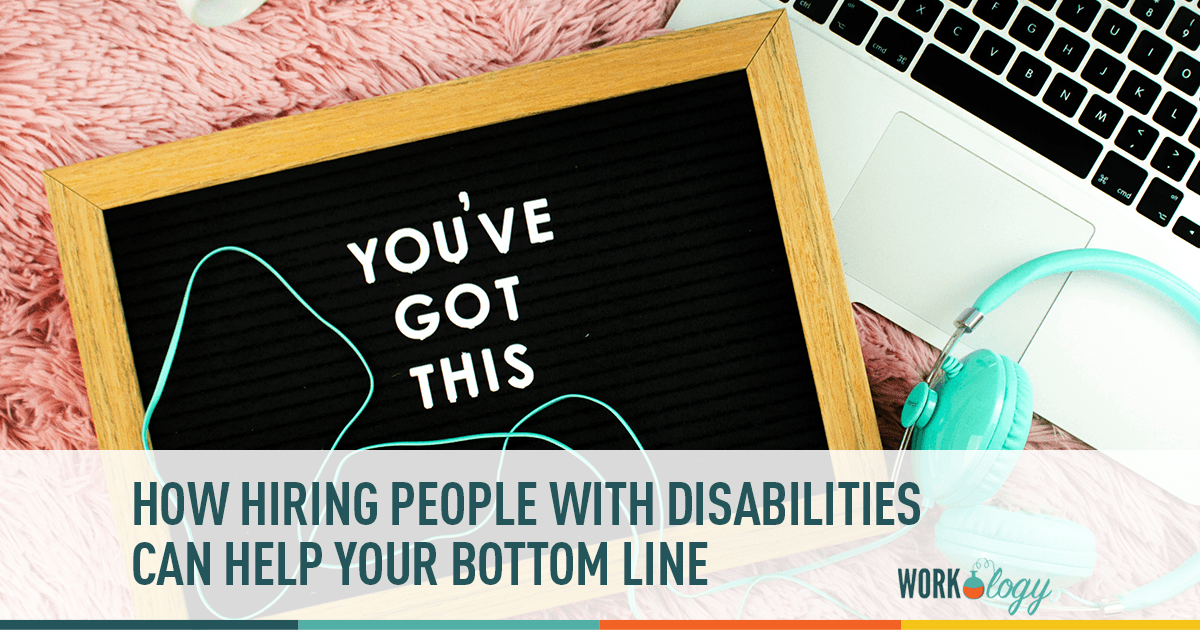 Did you know April is Autism Awareness Month? All month-long people across the world are taking the time to promote autism awareness and acceptance, as well as celebrating the success of individuals who have overcome autistic barriers in the workplace. According to Autism Speaks, the unemployment rate for adults with autism is 85%. Why should your company hire people with disabilities, besides the fact that it feels like the right thing to do? It’s a largely untapped market that can increase your company’s bottom line, as many large, national businesses are starting to realize!

How Hiring People With Disabilities Can Help Your Bottom Line

Are you worried about having to provide reasonable accommodations or don’t know where to start? According to the Job Accommodation Network (JAN), a U.S. Department of Labor’s Office of Disability Employment Policy service, more than half of accommodations cost nothing to make. And the rest? The typical cost is roughly $500. Your business may also qualify for tax credits and incentives to hire people with disabilities. If you’re not sure what you’d qualify for, read this previous post to learn more.

Companies around the nation have started to notice major improvements since hiring people with disabilities. Reduced training costs, decreased employee turnover, increased productivity, and overall increased company morale are just a few of the benefits. For example, Walgreens started employing people with disabilities in their distribution centers and cut costs by 20%. Reasonable accommodations were made, but nothing that was equal to their cost savings!

Earlier this year, Starbucks kicked off a brand-new training program in Nevada for people with disabilities. The new Carson Valley Roasting Plant and Distribution Center will help disabled adults with on-the-job training. So far, the program has been extremely successful in helping employees “graduate” onto other opportunities at Starbucks. Not only is the new training program helping the entire Starbucks community embrace people with disabilities, it’s creating dedicated employees and has also helped the entire community overcome the disability stigma.

Last week Microsoft announced Specialisterne, a brand-new pilot program targeted towards autistic employees. While they haven’t released a lot of information about the Redmond-based program, Microsoft has a quit-rate of only 1% within the disabled employees they already have. In a moving blog post, Mary Ellen Smith, Microsoft Vice President, detailed Microsoft’s commitment to people with disabilities and this new program. It’s great to see a large company leading the way with innovative concepts to include people with disabilities.

If you haven’t been swayed by the ideas above, take a moment to look around you. According to the UN, about 1 billion people, or 15% of the world’s population, have some disability. You probably know or know of someone with a disability which could be impacted by changes in the work environment. Spend a moment in April spreading awareness about autism and other disabilities because hiring people with disabilities will increase your company’s bottom line, and change lives.

Hannah Weiss, a public relations professional from Minneapolis, Minnesota has worked in the nonprofit sector since 2011. She enjoys collaborating with others and spreading the word about organizations that are making a difference in the community by providing equality for persons with disabilities. Hannah currently manages public relations for Opportunity Services OppServ, a nonprofit that helps disabled adults find employment. Connect with Hannah.