What Your Vote Means for Immigration 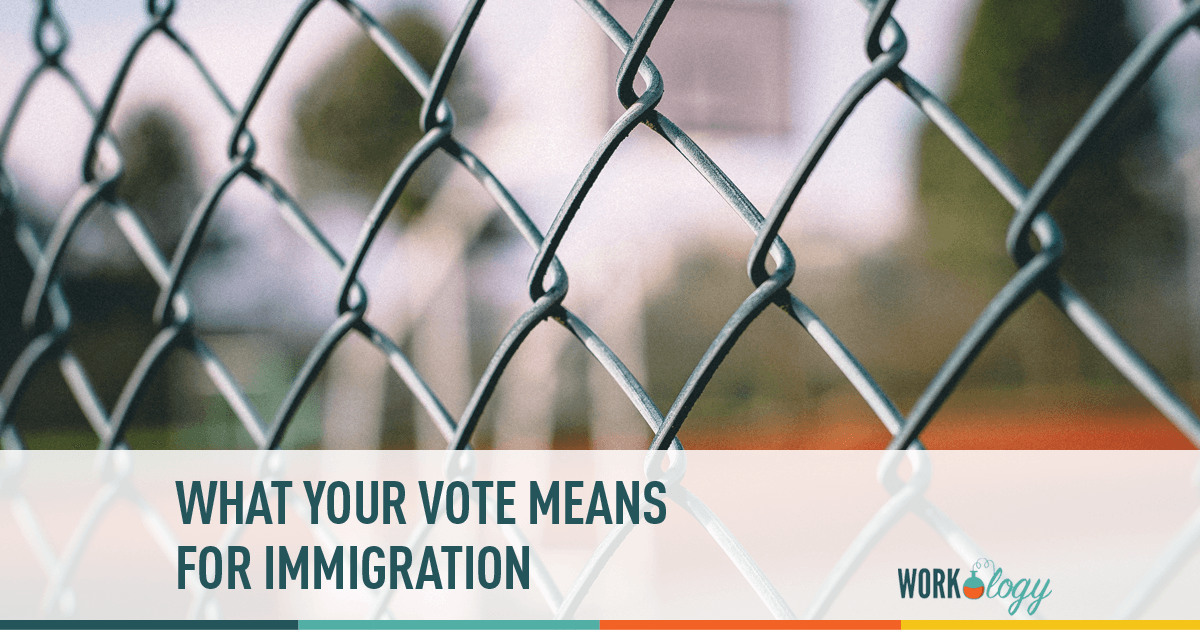 As I discussed almost a year ago, immigration has become one of, if not the, key issue in the U.S. Presidential election. Now we’re in the final stretch of this election season and voters finally get to go to the polls to cast their votes, its important to consider what your vote might mean for U.S. immigration policy. Whether you’re for stiffer enforcement of our borders, new options for more highly-skilled and entrepreneurial immigrants to work in the U.S., or pathways for legalization of undocumented immigrants, the future of millions of people will be shaped by your vote in the next few weeks.

Nearly everyone agrees that the U.S. immigration system needs to be overhauled, but there is a lot that goes into that. Yes, its a broken system, but fixing it is not easy. It involves actual people, families, careers, futures. So what would the Democrat and Republican presidential contenders do to tackle these challenging issues?

Trump says that allowing foreign nationals to work in the U.S. weighs down salaries, keeps unemployment high and makes it difficult for American workers to earn a middle-class wage. He would put an end to the H-1B work visa program and suspend the issuance of green cards to require U.S. employers to hire American workers first for every visa and immigration program.

Hillary has called for providing lawful permanent residence (“green cards”) to foreign students who earn advanced STEM degrees from U.S. universities. She has also voiced support for visas for international entrepreneurs who come to the U.S. to establish tech companies and who have financial support from U.S. investors. She would provide pathways to permanent residence for foreign nationals who create jobs for U.S. workers and meet certain other performance criteria.

Hillary would like to expand the DACA and DAPA programs to defer the deportation and provide work authorization for undocumented individuals who are either children or the parents of children born in the U.S., while deporting undocumented immigrants who are violent criminals and terrorists. Clinton also seeks to get rid of the 3 and 10 year bars to re-entry when undocumented immigrants leave the country as part of the process to legalize their status.

Trump’s plan calls for the deportation of all 11 million undocumented immigrants in the U.S., allowing some to return to the U.S. under a more stringent legal process. His plan would impose criminal penalties on immigrants who stay longer than their visa departure date.

Regardless of where you stand on these issues, your vote will have a dramatic impact on the social, cultural, and economic future of our country.