What You Need to Know About the May Jobs Report 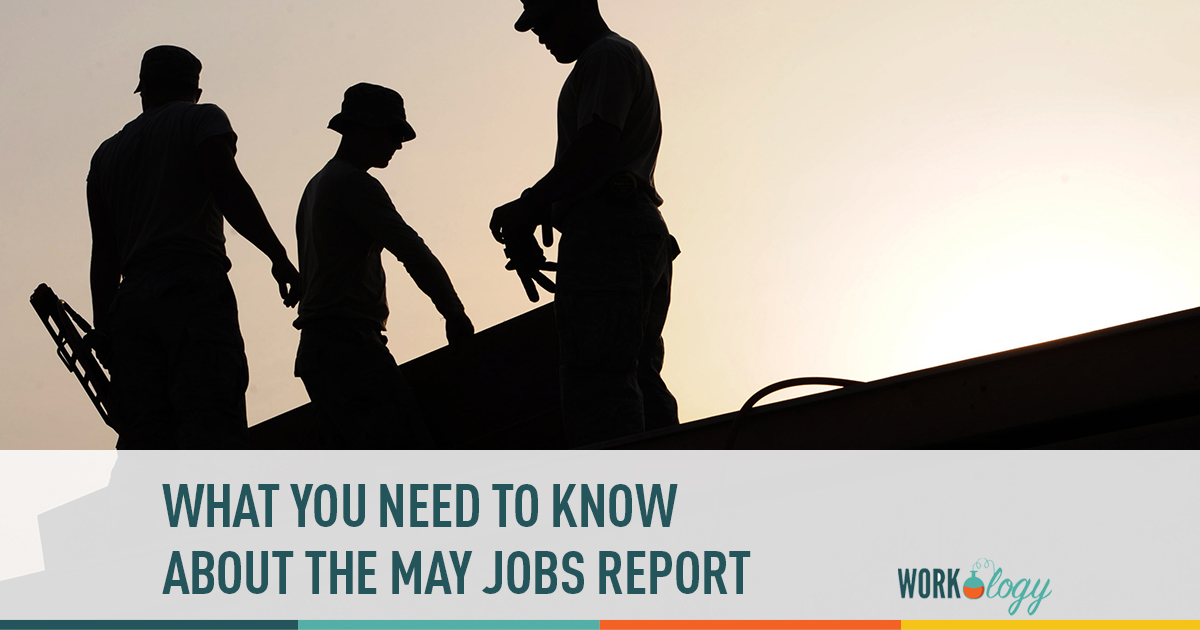 You’ve heard the headline figures: the American economy added 138,000 jobs in May and unemployment sank to 4.3%. Now let’s go a little deeper to examine some of the other figures from the report and some of its implications for the economy as a whole and for future hiring.

What You Need to Know About the May Jobs Report

As always, WSJ has very thorough coverage of the BLS jobs report, going past the headline numbers to look at the nuances of the overall employment situation. They suggest that the reason hiring is slowing isn’t just that we might be reaching full employment, but that hiring managers are simply struggling to fill key roles.

U.S. Job Growth Stumbles in May

At the L.A. Times Jim Puzzanghera says that this isn’t a good job report. In fact, it’s a disappointing one even considering that unemployment continues to stay low. Perhaps the most significant thing we can take away from it, he says, is that we’re sure to see an interest rate hike later this month from the Fed.

Can You Believe the Jobs Numbers?

For a number of (bad) reasons the jobs report has become a measure of the president’s ability to shepherd the economy. The president isn’t, in fact, the “leader” of the economy or the job creator in chief but we can’t neglect the political aspect: the president’s economic policies do have an impact on hiring numbers and hiring numbers do influence those policies. It’s just not always a straightforward or close relationship. At the New York Times Patricia Cohen considers the Trump administration’s response to the lacklustre but not disastrous numbers this month. How is he talking about the numbers differently now that he’s off the campaign trail? And what actually goes into generating the report?