What Makes For a Great HR Influencer? 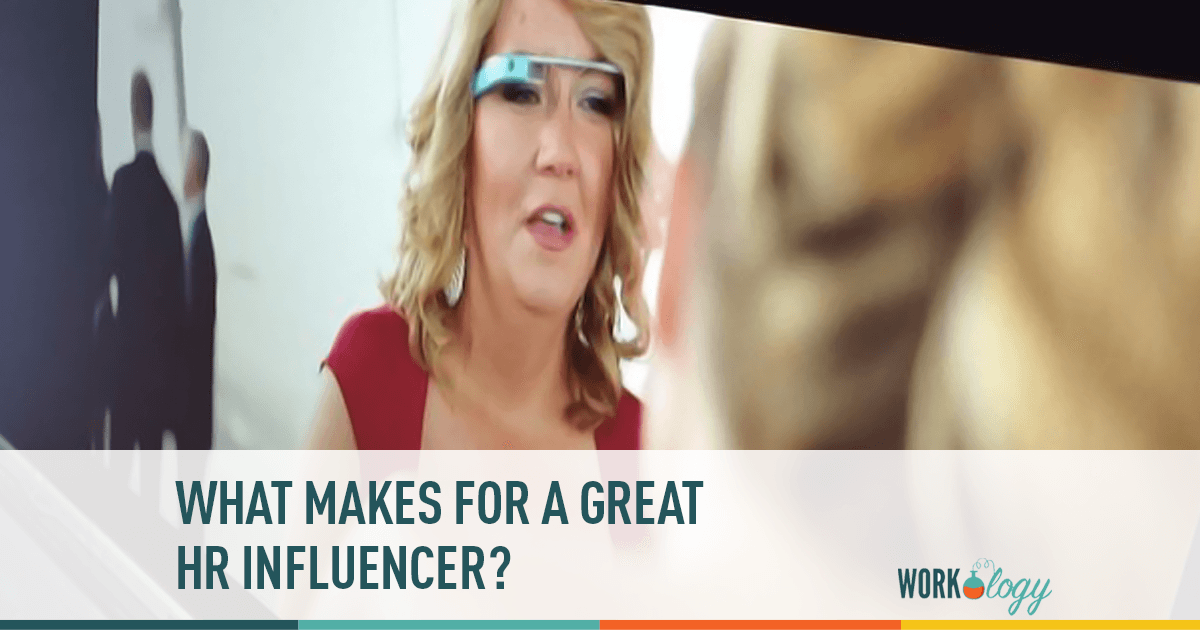 A couple weeks ago I attended the HR Technology Conference and one of the favorite buzzwords that were thrown around was “HR Influencer.” I haven’t decided if being an influencer is subjective to the person or if there are real characteristics that defines someone as an influencer. Is it their job title? Time in the industry? Or is it what they’ve done to disrupt the HR landscape? If you’ve ever been to an HR conference such as SHRM Annual or the HR Technology Conference you will usually see a defined segment of people taking over the Twitterverse, are they an influencer? Is influence measured by your influence from a hashtag at a conference? What really makes you an HR influencer?

To understand what makes someone an “HR Influencer” a little more, I decided to crowdsource what others thought an influencer was and of course I got some serious answers and some well, answers that were expected. I asked the question: What is a key characteristic of an “HR Influencer?” Here are some of the responses I got:

My perspective is relatively simple. You need to have extensive experience on the ground working in the field of HR — any functional area of HR but of course more the better. Those that have never dug in the trenches CAN’T possibly have the perspective to truly influence an industry. They’ve never lived in the shoes they are trying to influence so in my humble opinion, their credibility is absolutely nil. This may be harsh but it’s my own reality. – Jeff Waldman, Founder, Stratify & SocialHRCamp

Experience, knowledge, a POV, and the ability to connect on a personal level. – China Gorman, CEO, Great Places to Work

Having an authentic voice that people actually listen to. Though there are plenty that get by without it, that’s the hallmark of a true influencer. – Ben Eubanks, Analyst, Brandon Hall Group

Being able to move ideas/concepts forward. A couple examples are applying Lean concepts to HR, or having an idea about creating a cheap HR conference and pulling it off. – Dave Ryan, Director of HR at Mel-O-Cream Donuts International Inc.

An HR influencer is defined by other people, not themselves. It has nothing to do with experience or current job, and everything to do with what others think and do about you. If you impact others, you have influence. – Bill Boorman, Founder, #tru

So what is an “HR Influencer?”

After crowdsourcing the question these were some of my favorite answers.

The majority of people asked said that in order to be an influencer you must have experience as a practitioner. You’re not able to fully understand the industry unless you’ve been there, hiring, firing, filling out FMLA paperwork, dealing with PTO, workplace issues, etc. The level of experience varied from person to person, but I would think that it’s really hard to set some type of guideline for experience because there are some practitioners out there who have done it all in two years at a smaller company then one who works for a bigger organization.

Another issue that stood is that in order to be an HR Influencer you must have an authentic voice and viewpoint that is different from the rest. This also makes sense. Having some type of point of view that is unlike anyone else in the industry is an important factor when it comes to being an influencer, but just because you have a unique POV doesn’t necessarily mean you know what you’re talking about. I read hundreds of blogs each month and a lot of times people are just throwing out the same garbage or buzzwords that really doesn’t mean anything. I want to read something that makes me think, challenges my viewpoint on the HR industry. People aren’t thinking big enough. So when I read posts that name the top 50 or 100 “HR Influencers” are they all really influencers or do they just know what big data and the candidate experience is?

Taken directly from Dave Ryan, I think this is an important concept in being an HR Influencer. There is already enough noise out there. Buzzwords seem to run rampant on every blog, website, or mission statement. There isn’t enough of people pushing ideas forward. To me this is taking a topic like the candidate experience and going one step forward in how we think, invest, and develop what truly is the candidate experience. If you’re able to take a buzzword and go beyond the buzzy-ness of the word, you could be an influencer.

Bill Boorman brought up a really good point. Those who influence me aren’t going to be the same HR people who influence someone else. I’m influenced by people like Jessica (obvi), Mary Ellen, Robin Schooling, and some others, but that doesn’t mean these people really influence YOU. The HR Influencer is defined by the person, not a company, not a blog, not a group of people, not those with blogger passes, not by SHRM, not by HRCI.

Why so many lists?

Let’s just get rid of them. If one person is really influenced by 100 people, sure post it, but let’s just all be honest with each other. If you’re posting a list of the “Top HR Influencers” there should really be a firm guideline on why they make the list. I can go pull 100+ people who work in HR and say they’re an influencer. To me, these lists do nothing but create a feeling of inclusion, where if you’re not on whatever list you’re not good enough. Personally, they’re a waste of time.

Next week I’ll talk about how HR has really missed the mark when it comes to influence.