Is the Future of Wearable Devices Tattoos? 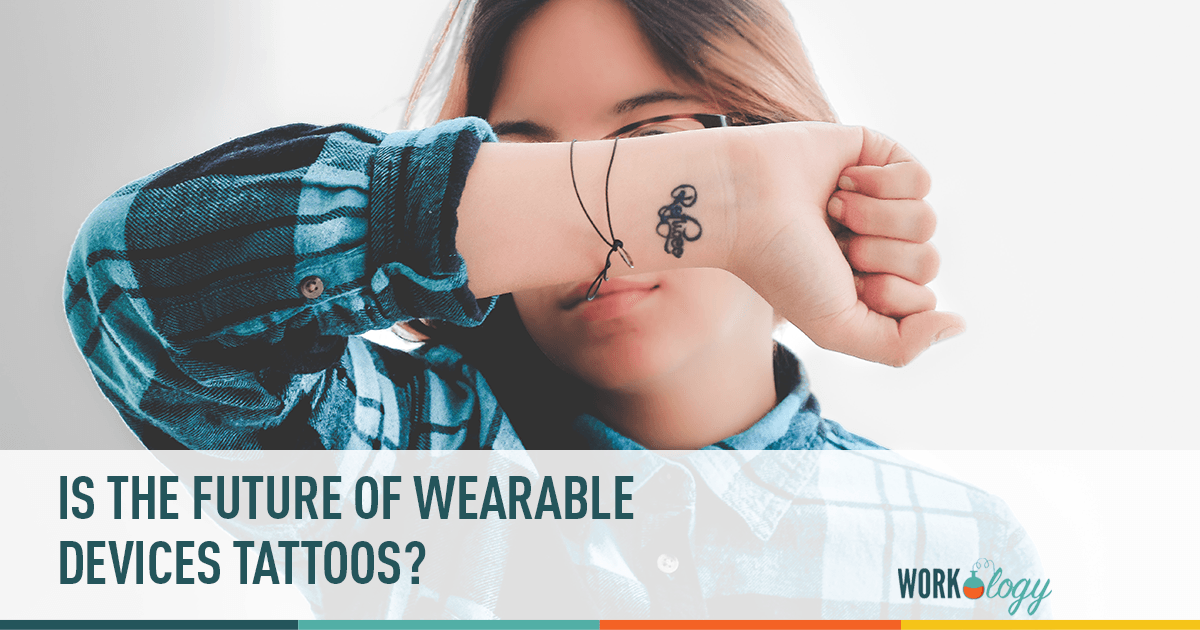 I have written several times on the use and utility of wearable and embeddable devices in HR, most notably here and here. Some people get squeamish about the thought of embedding a device in their body, while others decry the expense of wearable devices in things like uniforms and equipment. What if there was an option between the two? Would that perhaps change your mind?

That in between option is something called a “biowearable.” Also called Tech Tats they are consist of “skin-mounted components and conductive paint to create circuitry that lives on the human body in the form of a tattoo that has the capability to collect, store, send and receive data.” Created by a company called Chaotic Moon, they say that a Tech Tat is “like having a slightly more protrusive tattoo with a bunch of chips on it” as opposed to having a clunky device strapped to your body. It is akin to having a circuit board glued to your body only less obtrusive.

According to an article written by Clinton Nguyen, as reported by Kevin Tofel:

“On the tattoo, an ATiny85 microcontroller stores and receives data from temperature sensors via electroconductive paint. There’s also room on there for an ambient light sensor that illuminates LEDs when it’s dark. And unlike a fitness tracker, you can mount it on places other than your wrist. The tech tattoos could be used to monitor a child’s vitals after a surgery, or provide a less public (or more, if you choose) display of fitness tracking.”

The applications for such a biowearable are only limited by your imagination. As mentioned it has a number of medical applications. It could certainly be used to insure that mechanics of performing a job are correct, thus improving safety and preventing injury. It could be used to monitor the vital signs of employees in stressful jobs where they are exposed to heat and temperature. I think the ability to monitor the physical performance of fire fighters without some obtrusive device would be desireable.

It could also be used as a locator in either safety situations or even in normal work conditions. The nice thing however, for employees who are concerned about privacy, is that the device is removable, unlike regular tattoos. At the end of the work day the device is removed and all concern for individual privacy is removed when the Tech Tat is removed. The cost factor is also relatively low, with the producer considering making them like bandages in a box.

I am sure without too much creativity you could come up with good uses for your particular work situations. Would you, could you be persuaded to use such a device?