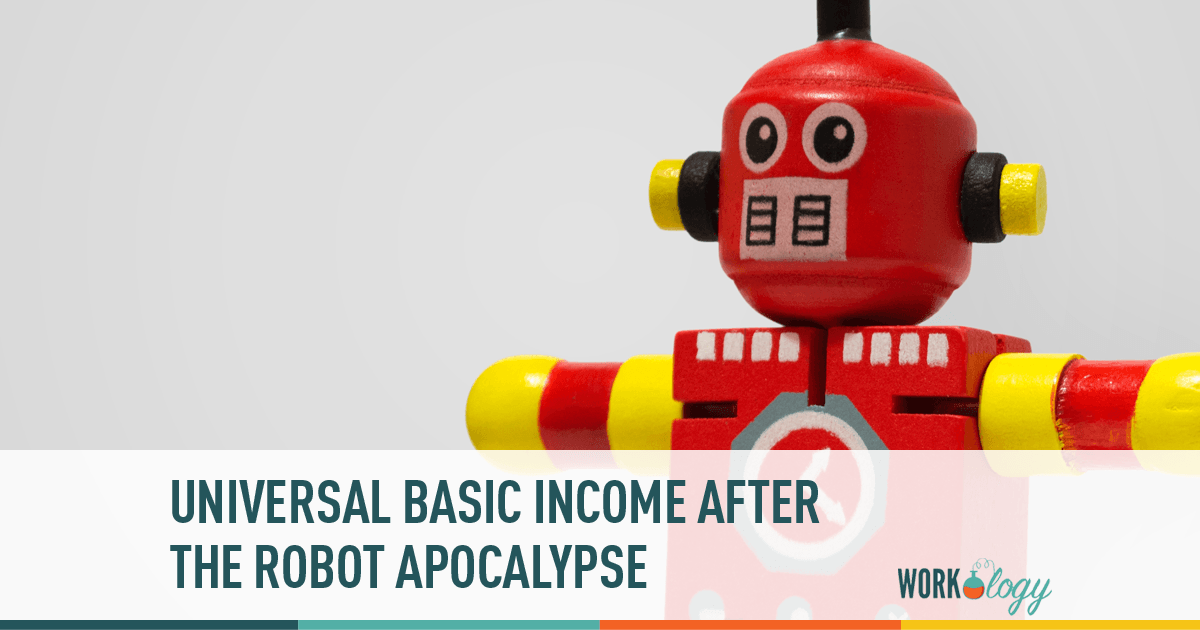 Back in January, startup accelerator Y Combinator announced that it would fund research into universal basic income. This made waves for two reasons: 1) it’s still unusual for tech giants to take an interest in social science, despite it being increasingly common for tech innovators to dabble in it, and 2) universal basic income is usually considered a left-of-centre political dream, a kind of socialism lite.

But Y Combinator’s reasoning was this: in an increasingly automated economy where millions of American jobs are predicted to be eliminated in coming decades, the nature of jobs and income would have to change. Y Combinator CEO, Sam Altman argues that because the tech industry has so much to do with the transformation of the American economy, and the resultant transformation of socio-economic relationships, that the tech industry should play a part in fixing the problem. While some pundits argue that new service and tech jobs will arise in response to increasing automation, Altman says that the simpler solution is to introduce a universal basic income. If nothing else, it would ease the transition.

What Is Universal Basic Income?

Universal basic income is exactly what it sounds like. A UBI program would issue a basic, unconditional income supplement to every adult American citizen, without regard to other incomes they might receive. UBI might be set just above the poverty line and indexed to inflation. It might be set a little higher and be able to provide more luxuries. It might, on the other hand, be set very low and intend only to supplement income from work.

The Alaskan Permanent Fund Dividend, for example, provides adult Alaskans with a yearly supplement (the amount has varied from ~$800 to $2000) based on oil revenue. It’s meant to share some of the oil riches past and future generations have enjoyed with future generations. The Bolsa Família in Brazil, on the other hand, provides a basic income to 12 million poor families. In addition to a basic supplement, the program includes additional conditional supplements and free education. Its aim is to drastically reduce poverty quickly but sustainably. Pilot projects for even broader and simpler programs are underway all over the world.

UBI is an idea that is getting more and more traction, thanks in part to the increasing automation of even the most complex jobs, worries about looming mass unemployment and the growing gap between the rich and the poor. Of course, one almost instinctual response is that it sounds like socialism, (perhaps less of a curse word in the wake of Bernie Sanders’ campaign?). But UBI isn’t exactly that. It doesn’t transfer ownership or control, it only provides resources for people operating within capitalism and simplifies the existing welfare system. Instead of 100 government agencies providing conditional grants and loans to specific groups, one agency providing a yearly grant to every adult citizen — maybe after tax season (personally, I could use that right now). The advantage is clear: no testing, monitoring or investigation and very few opportunities, outside of a Weekend At Bernies scenario, for fraud.

By some estimates UBI, rather than burden the tax base, would actually provide a significant cost savings (depending on how high we set that that universal basic income, of course). It would also, argue many, provide a useful social income in that receiving government assistance would be less stigmatized and it would therefore be easier to find work. Why find work at all? Well, even if we set UBI at just above the poverty line, in a capitalist world there is always strong incentive to make more money. And in a capitalist world where millions of jobs have been eliminated by automation, competition for work would be even more fierce. As Scott Santens puts it,

“Through the elimination of the welfare trap thanks to basic income, this would mean that anyone choosing not to work — instead opting to just live off their basic incomes — would be earning less than everyone choosing to work for additional income. This could not only decrease unemployment and increase productivity, but simultaneously fix the situation we have right now, where it’s possible for the unemployed to actually earn more in equivalent benefits than the cash incomes of those who are employed.”

Why Is Y Combinator Going Social(ist)?

Well, we’ve covered why UBI isn’t a socialist proposal (democratic socialist in the sense of an expanded welfare state, sure, but not socialist). But just why is Y Combinator’s Sam Altman so interested in it? Altman argues that it is or soon will be a necessity. He’s funding research now to see how UBI affects economic and social behaviour. Worried that people on UBI would just sit around and play video games all day? Well, let’s put that to the test, Altman says.

“50 years from now, I think it will seem ridiculous that we used fear of not being able to eat as a way to motivate people.  I also think that it’s impossible to truly have equality of opportunity without some version of guaranteed income.  And I think that, combined with innovation driving down the cost of having a great life, by doing something like this we could eventually make real progress towards eliminating poverty.”

It’s not just poverty reduction that’s fuelling Altman’s interest in UBI interest, but the tech-driven economic change that, in his mind, will make it a necessity. And Altman isn’t the only one. It’s become increasingly common, especially since the start of the primary season, to see articles exploring the possibilities of UBI in America. Paul Vigna, writing in the Wall Street Journal, also sees it as a strong possible response to automation. What do we do when the robots and artificial intelligences take all our jobs? To start with, we have to redefine jobs and income. Even Bill Gross of Janus Capital is arguing that UBI will eventually be a necessity. People may not be able to work but they will still have to live. In his latest investment outlook post, he says that “our new age economy – especially that of developed nations with aging demographics – is gradually putting more and more people out of work.”

And, well, there’s long been a libertarian case for UBI: namely simplicity, efficiency and independence.

That Robot Apocalypse, Though

It’s not that robots and AIs doing more of our work is bad, exactly, but that robots and AIs making a huge percentage of the existing workforce unnecessary, is: mass unemployment is bad on an individual, regional and worldwide level. We’ve written a lot about this problem on B4J, particularly Mike Haberman and myself. Not just because we’re a little robot obsessed (but really, who isn’t?), but because more and more experts are warning about the possibility of mass unemployment. Recent estimates are that 47% of American jobs could be eliminated or transformed utterly and the fact is that this process isn’t coming it’s already underway.

Every month I write about the BLS jobs report and every month the story is roughly the same: more jobs in service, tech and medicine, fewer jobs in resource extraction and the continual shift to more and more part time and casual work. 50 years ago a mine might employ 100s of workers. Today, mines can be operated almost completely by remote, requiring only supervisory workers. 50 years ago we still had telephone operators and secretarial pools. In 20 years, every job, from grocery store clerk to CEO might look very different, as more and more programmable tasks are shifted away from human to technological hands.

What types of jobs will be safe from automation? Well, very few. Only highly creative work is out of the grasp of robots and AIs in the long term — but can an entire population be employed in the creative economy? And considering how hard it is to eke out a living on the lower end of the creative income spectrum, can all these brand new creatives make enough to live? Universal basic income is starting to sound more attractive, isn’t it?