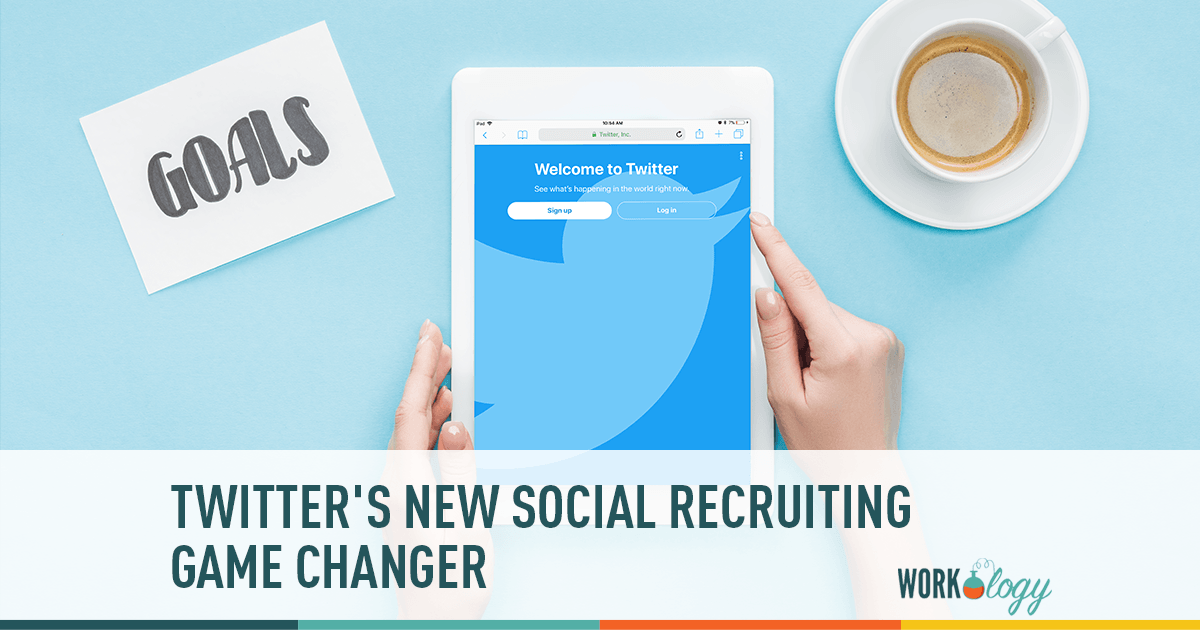 Twitter, in my opinion is one of the more underutilized tools when it comes to social recruiting. Recruiters tend to rely on automated messages and job posting distribution via RSS instead of tapping into it’s real power. And by real power I mean the power to engage with the passive candidate in a targeted way through the use of keyword and hashtag search. It’s an amazing way to reach a community of individuals who are commenting, interacting and participating in a specific debate that is a fit for a job opening you have at your company, especially those hard to find programmers and developers who are the unicorns and purple squirrels of our industry.

Because of the sheer amount of Twitter volume, it’s hard to for your tweets to actually be seen. As of August of 2013, Twitter reports 500 million tweets a day or 5,700 tweets per second so you can see why it’s hard to gain visibility. Users are overwhelmed with the number of tweets. Personally, I stick to Twitter lists to follow conversations or hash tags to stay up to date on trends, conversations and news information that is of interest to me.

The lifecycle of a tweet is likely under 5 minutes, and we use hashtags to try extend the life of our tweet. This is especially powerful since Twitter is the third largest search engine only to Google and YouTube, but filling your tweets with excess hashtags while effective is extremely annoying. Enter in Twitter’s new game changing job card used for recruiters and companies who are hiring. 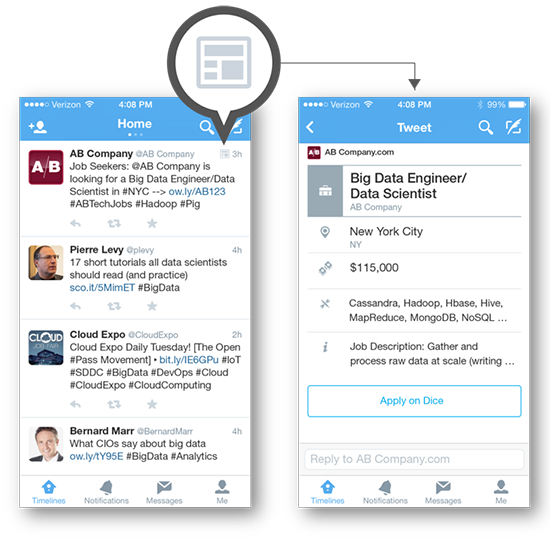 In the graphic above, you see the new Twitter Job Card being piloted exclusively by Dice. Recruiters can elevate and extend the life of their Twitter job postings allowing job seekers the ability to explore company and job information going beyond 140 characters. This is game changing. Read more about Dice’s #Dice141 – Dice’s new Twitter Job Card announcement by clicking here.

Customized Candidate Experience in the Performance of Now

One of the blessings and curses of Twitter is handicap in communicating in 140 characters. It’s short and simple but Twitter’s simple nature doesn’t often facilitate the browsing and time spent on user profile pages which is different from Facebook. This makes for a short life span of tweets. Adding in interactive and customized features into profiles including the job card, expandable tweets and a way to feature important tweets by keyword and targeted user provide recruiters the ability to create a customized recruitment experience for the candidate. The job card is another example of how candidate and employment interaction using the performance of now is so key.